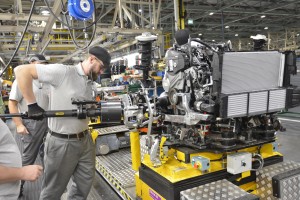 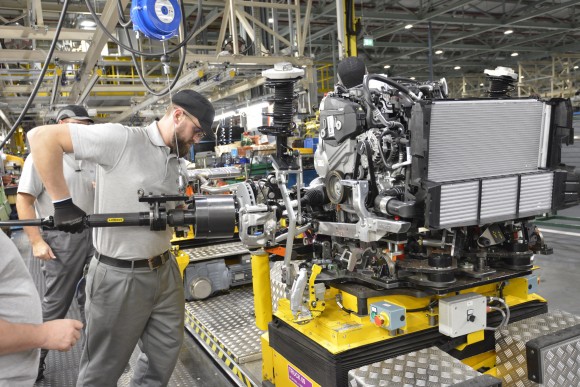 UP TO 5,000 job vacancies in the UK automotive industry could be vacant because of a skills shortage, according to a new report.

The authors of the report, published by the Automotive Council, surveyed a range of British-based automotive firms, from vehicle manufacturers to component suppliers, to identify the areas of employment most difficult to find people for.

Around 19 per cent of the unfilled vacancies cited in the report are identified as ‘critical’ and having a significant impact on company operations.

Of the top 10 job types for which recruitment is most difficult, the majority are in engineering – with the top two in-demand roles being design and production engineers. The knock-on effect, according to the report, is that companies are hiring temporary contractors and increasingly recruiting from abroad.

The renaissance of the UK automotive industry since the recession has brought significant success to the sector and helped to sustain just under 800,000 jobs across Britain. Last year was the best year in a decade for car production with 1.59 million vehicles built, and volumes are forecast to reach an all-time record two million by 2020.

The UK also achieved notable success in productivity levels, which have increased 40 per cent since 2010. But all this could be undermined by the lack of skilled engineers to fill new jobs, despite efforts made by companies to increase training and apprenticeships.

Jo Lopes, chair of the automotive industrial partnership and head of technical excellence at Jaguar Land Rover, said: ‘These are very significant findings which present a valuable basis for government and industry to jointly tackle this issue head-on and ensure that the growth potential of the industry in the coming years is fulfilled.

Skills minister Nick Boles said: ‘This report shows we cannot be complacent. The sector needs to maintain its high productivity and international competitiveness and address the required demand of skilled workforce, engineers and designers.’

Mike Hawes, SMMT chief executive, said: ‘The automotive industry has already invested heavily in apprenticeships and training for existing staff to grow and develop a new generation of skilled workers. However, even more support is needed. The struggle to fill vacancies is holding back growth and opportunities for business, and it is essential that both government and industry work together quickly to identify ways to plug this gap.’

The Automotive Industrial Partnership was initiated in early 2015 by the Automotive Council to bring together major automotive businesses in order to help ensure future skills needs are met for UK vehicle manufacturers and supply chain companies.

The report sets out a range of recommendations to tackle the skills shortage. These include the implementation of a co-ordinated approach to STEM (science, technology, engineering and mathematics) subjects in schools, as well businesses ensuring that apprenticeship opportunities on offer from government are maximised.