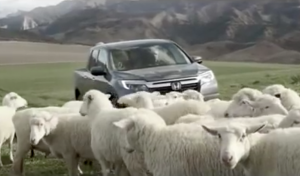 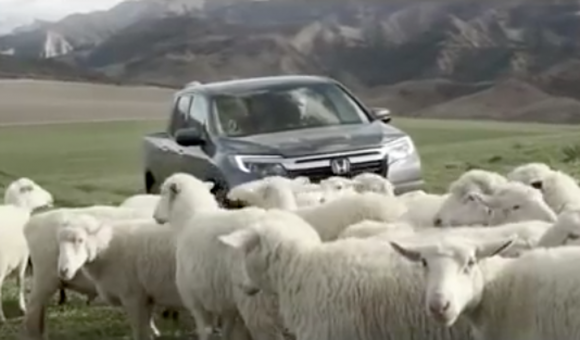 THE 50th Super Bowl was always going to be big and it didn’t disappoint with an estimated record-breaking 117 million Americans tuning in to watch the Denver Broncos thrash the Carolina Panthers.

And as always the broadcasters cashed in. A 30-second commercial slot was this year reputed to cost a cool $5 million (£3.5 million), or to put it another way, £118,000 a second, and yet there was no shortage of takers.

The automotive industry was the most heavily represented sector spending an estimated $80 million (£55.5 million) on the advertising space alone; not taking into account the money it cost to hire the likes of Christopher Walken, Ryan Reynolds, Kevin Hart, Emily Ratajkowski, Serena Williams and Harvey Keitel amongst others to feature in the ads.

So with that much cash at stake, who were the automotive winners and losers? We caught up with Manfred Abraham, automotive brand specialist and managing partner at brand consultancy BrandCap to run us through the main contenders.

Whether accidental or planned, Audi paid tribute to the late, great, David Bowie setting its retired astronaut themed ad to his iconic ‘Starman’. It was certainly a good reminder of the emotional resonance a great soundtrack can provoke.

Audi chose its high performance car to push its brand further upwards. Certainly a smart move in a market hungry for premium cars. This was one of the big winners of the day, with social media sentiment adding to its credibility.

Acura used its slot to launch the new $156,000 NSX supercar – the most expensive car ever advertised in a Super Bowl ad.

It was another brand to use music to good effect, featuring Van Halen’s Running with the Devil.

Buick, a Super Bowl virgin – used the space to promote the Cascada, its first convertible in 25 years, calling on the talents of NY Giant’s Odell Beckham Jr and actress Emily Ratajkowski.

They appeared as star guests at a wedding where the bride and groom are seen to drive off in the car to the echos of ‘I can’t believe that convertible’s a Buick.’ Simple but effective.

Honda kept its ad under wraps until the night. The only advance notice given was that the commercial would feature its 2017 Ridgeline truck.

It also saw The Super Bowl as a time to perform random acts of kindness with SoCal Honda Dealer announcing on Twitter that it would pay for anyone in the Los Angeles area to take an Uber home for 2 hours after the big game – great for LA, less so for the rest of the US.

Prior to the game, pundits predicted that Ryanville, a Stepford Wives parody featuring Ryan Reynolds, would be the big success story for the brand, but in fact the Genesis ad featuring Kevin Hart as a father handing his keys to his daughter’s date as a result of the car’s location tracking feature, was proved to be the big hit with the punters.

The question is, though: Has the commercial managed to successfully position Genesis in the premium car segment against its rivals? I have my doubts about that. Sales figures will show.

Jeep produced a touching ad that featured portraits of people of all ages and races and referenced historical moments and films in which Jeeps were used.

Nostalgia can always be counted upon as a big hearts and minds winner.

But the fashion advice comes with an ominous of a warning: ‘Eventually the beige sock people get lost or devoured by the ones who stand out.’ Walken says in a sinister tone: ‘Do you want to be devoured?’ He illustrates his point with a colourful dotted sock puppet.

Mini took a more serious approach with the theme ‘Defy labels’. The idea was about fighting stereotypes – both in general and about the car, urging people to focus less on labels and more on performance.

To do this it capitalised on the pulling power of celebrity by littering its ad with a bevy of A-listers including Serena Williams, T-Pain, Randy Jackson and Harvey Keitel.

It turns out that the Prius makes a good getaway car. Toyota reunited three actors who played members of the Sobotka family from hit show The Wire. They are seen robbing a bank and using the car to escape after their original car gets towed away.

Poking fun at the stereotype of Prius drivers and their lifestyles a police chase ensues taking in locations like a farmer’s market.

MORE: Want to be part of our 100th issue? Tell us the favourite car you’ve ever sold