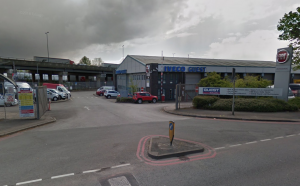 A board statement said: ‘The commercial vehicle market was significantly down in 2017. The directors took the opportunity to review the services offered by the company and we believe that we have ended 2017 with the company in a far better position to take advantage of opportunities as they arise than we were at the end of 2016.

‘The increase in turnover was due to a change in the method used by our main manufacturer to market certain fleet clients.’

However, it also said: ‘The increase in turnover masks what was a poor year in new vehicle sales, units processed being considerably down on 2016, especially in the second half of the year.’

The board added: ‘On a positive note, the sales order book is higher than it was at this time last year and we entered the year with orders accounting for 50 per cent of the 2018 budgeted gross profit. Progress was made in used vehicle sales, with unit sales increasing by 100 per cent, but this has historically been a small part of the business.’

It said its auto services division had had a ‘poor year’, with bottom-line numbers below those of 2016 across all activities. However, there were ‘positive signs’ that previous levels could be restored.

MORE: Dealers confused over WLTP, according to survey