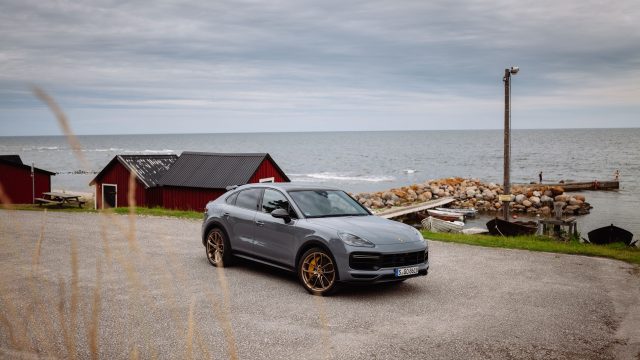 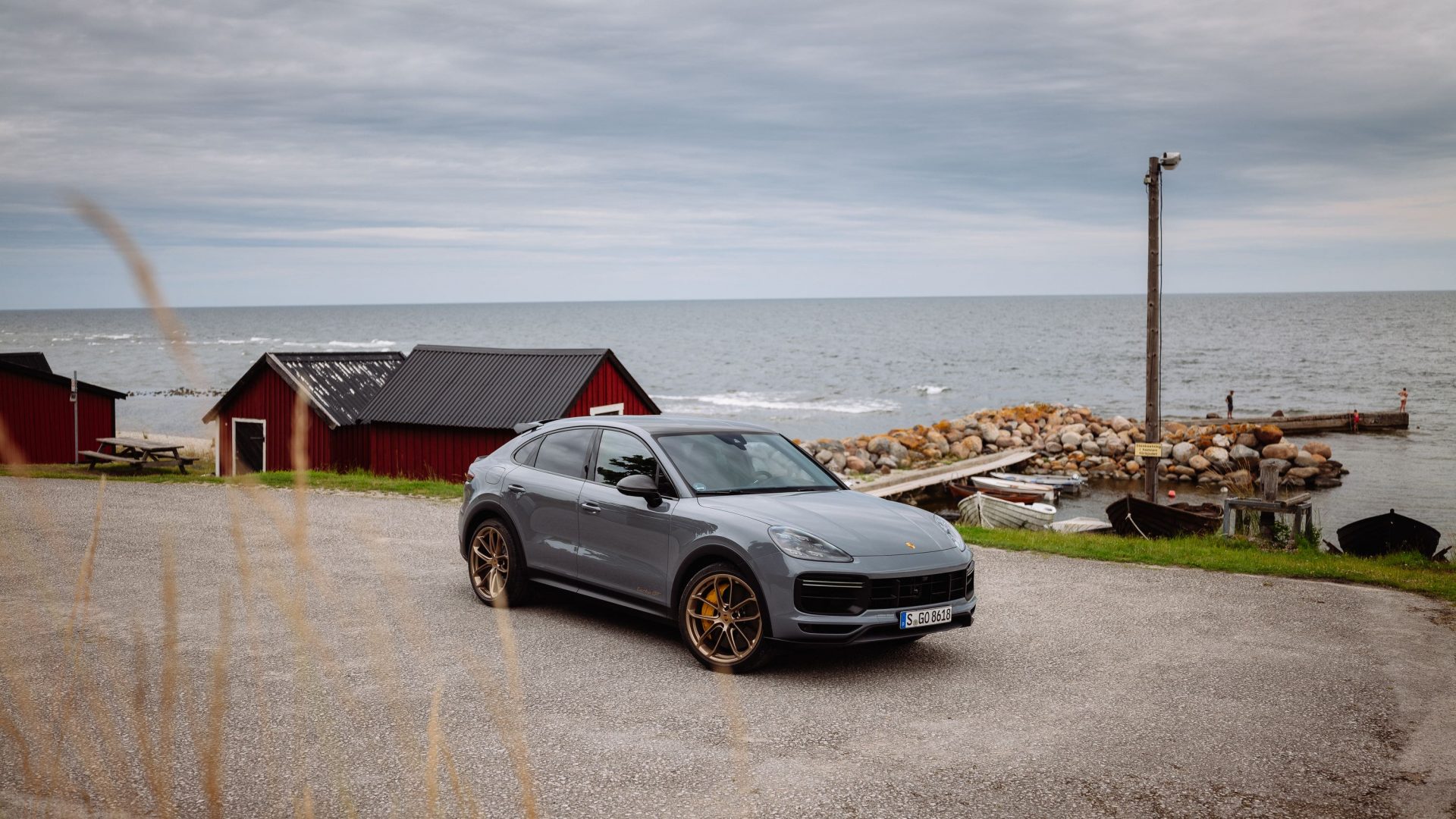 The Porsche Cayenne has been one of the most popular SUVs on the road for a number of years now but is the latest installment good enough to keep the model at the front of the pack?

To find out, our man Darren Cassey has been testing the new high-performance Cayenne Turbo GT.

The Cayenne was a bit of a game changer when it was introduced to the Porsche line-up in the early 2000s.

At the time, Porsche was slowly digging itself out of a sales hole, but while diversifying its line-up away from just sports cars might have upset purists, it played a huge part in turning the firm’s fortunes around.

Now there’s a baker’s dozen of Cayenne variants on sale, with the latest being this: the Cayenne Turbo GT.

Just because it’s an SUV doesn’t mean Porsche won’t bless it with monstrous performance, and the GT takes this to the model’s most extreme yet. 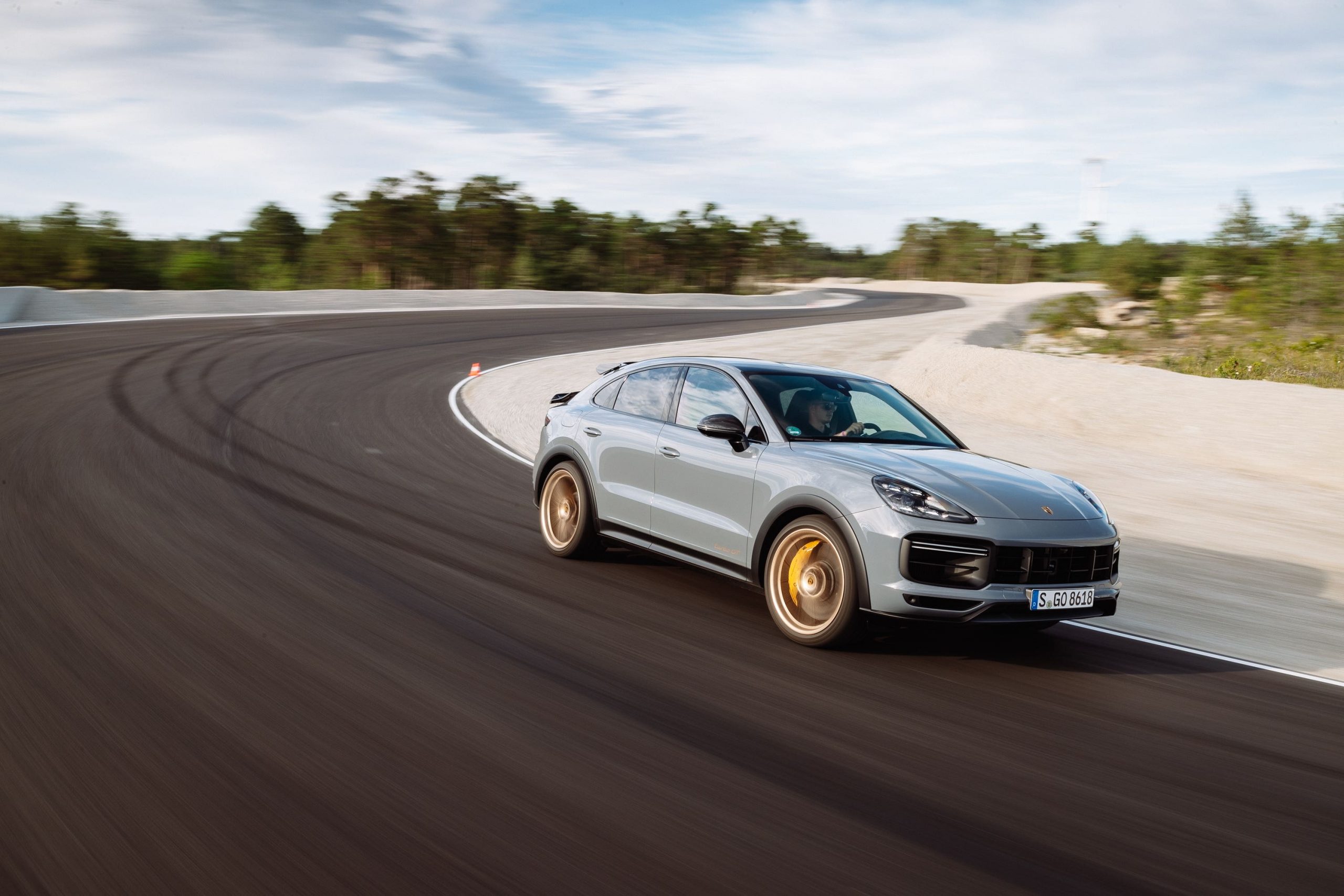 It’s based on the Cayenne Turbo but gets a bit more power, styling tweaks and mechanical upgrades that make it better in corners.

It’s 17mm lower to improve the centre of gravity, the air suspension is more rigid, the active roll stabilisation has been tweaked with performance in mind, and the front axle upgrades improve turn-in.

It also has wider tyres to improve grip, with the Pirelli P Zero Corsa tyres developed specifically for the car.

This is a big, heavy car to be driving at pace, so it gets ceramic brakes as well.

There’s also a faster-shifting gearbox and a titanium sports exhaust that’s lighter and more heat resistant. The list goes on… 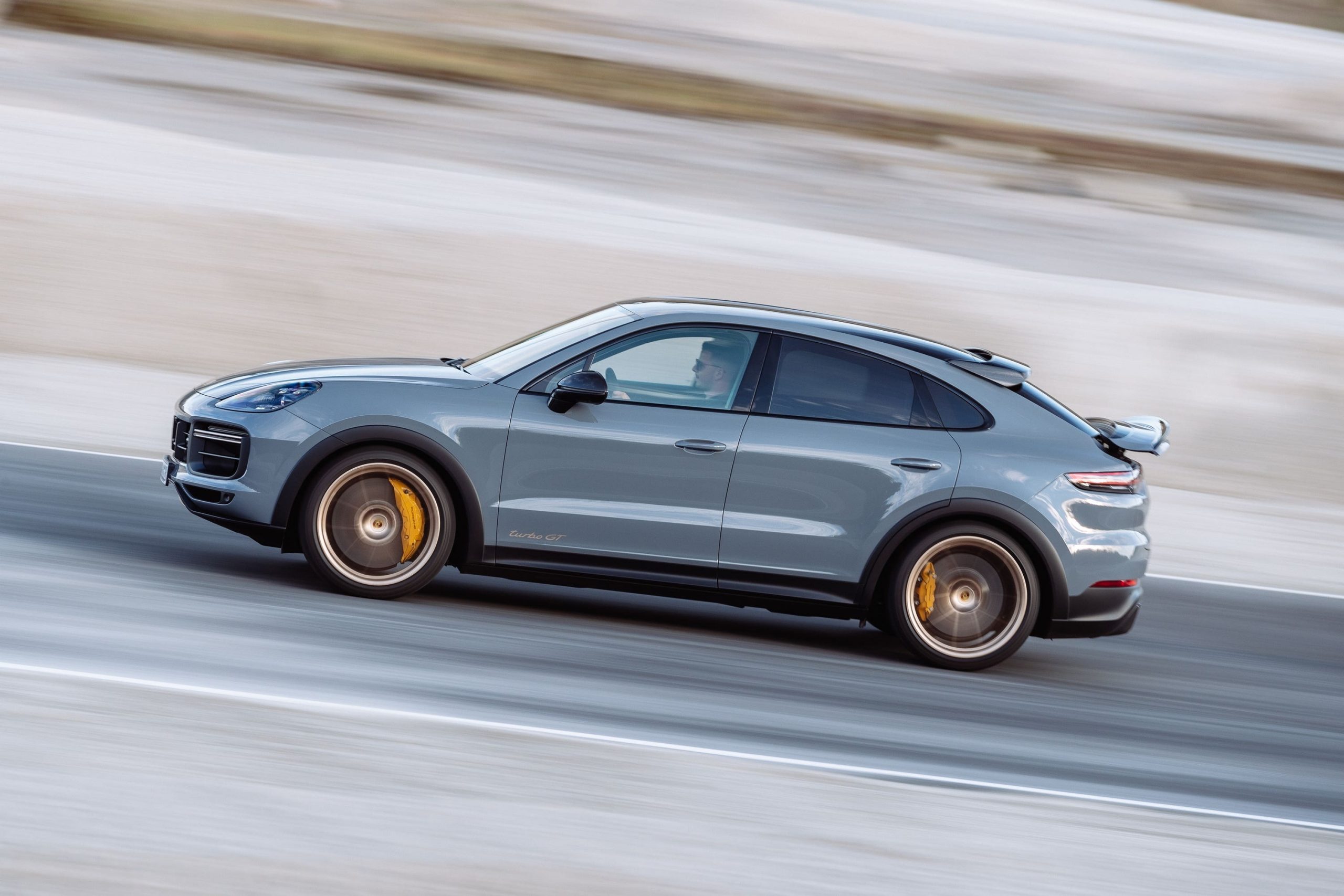 The engine is a 4.0-litre bi-turbo V8, and it has been comprehensively worked on by Porsche’s excellent GT department.

It’s technically the same unit found in the ‘regular’ Turbo, but has new and reworked connecting rods, crankshaft, pistons and more, all modified to cope with more power.

The result is a quite incredible 631bhp, a figure that would have seemed astonishing in the most lustworthy supercars not too long ago.

Now it’s casually dropped into an SUV along with 850Nm of torque.

The all-wheel-drive system aids grip off the line, contributing to the 3.1-second 0-60mph time, while the top speed is 186mph.

Unsurprisingly, fuel economy is fairly low on the agenda. You’re looking at 20mpg and CO2 emissions of 319g/km. 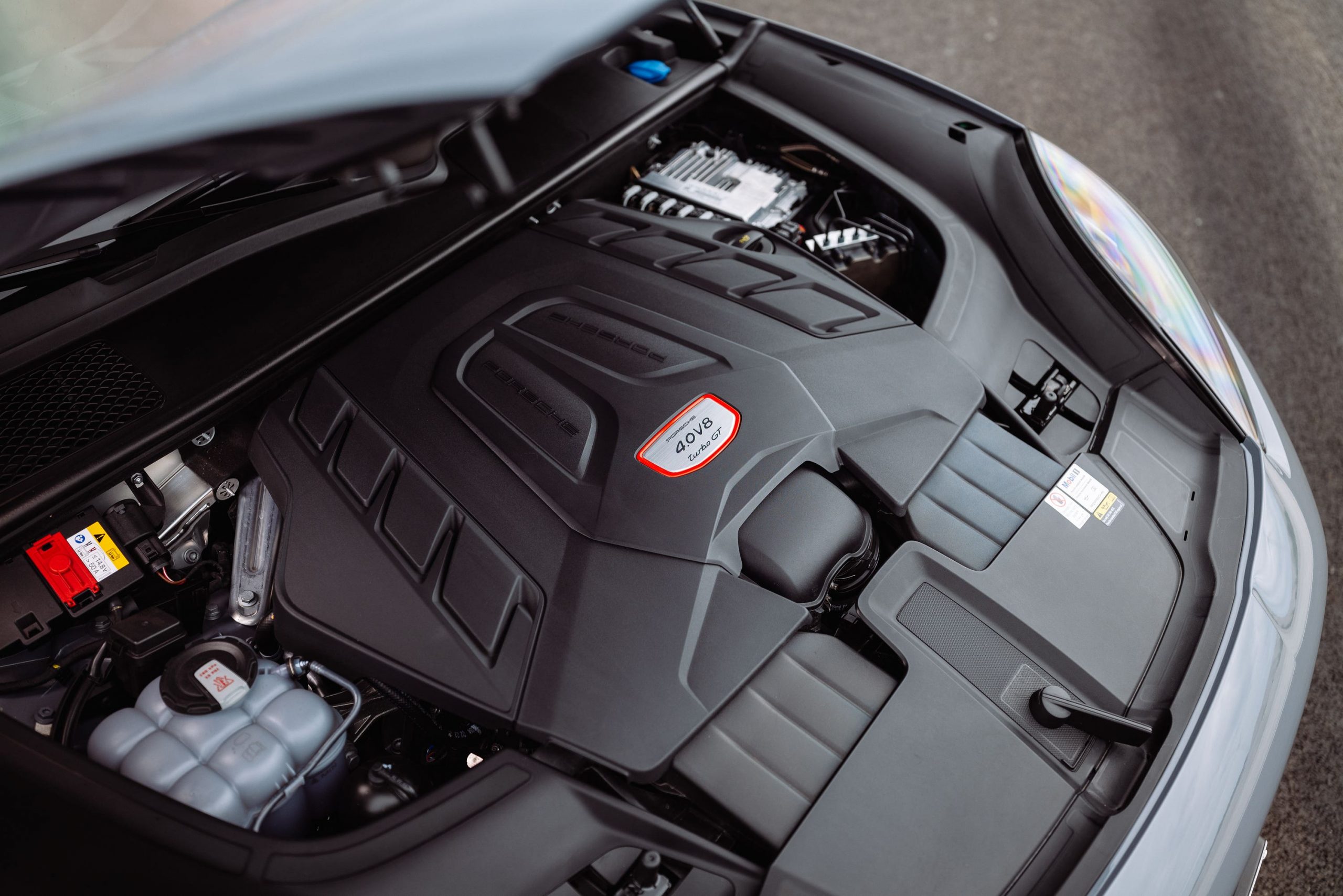 While the power output might seem remarkable for an SUV, the really incredible thing is the way the Cayenne Turbo GT drives.

The engine dominates the experience, aggressively dumping torque to all four wheels and catapulting you forward with that glorious V8 note filling the cabin.

Then you pitch it into a corner at speed and realise it turns in with the immediacy of a lightweight sports car.

The changes that have been made to improve handling have worked wonders – if it wasn’t for the high driving position you could easily forget you’re in a heavy 4×4.

Often these performance SUVs struggle to hide their weight, making up for cornering restraint with brawny straight line performance.

The Turbo GT could obliterate more exotic machinery in a straight line, but its cornering abilities make it stand out from its rivals as a genuine practical performance alternative to a super saloon. 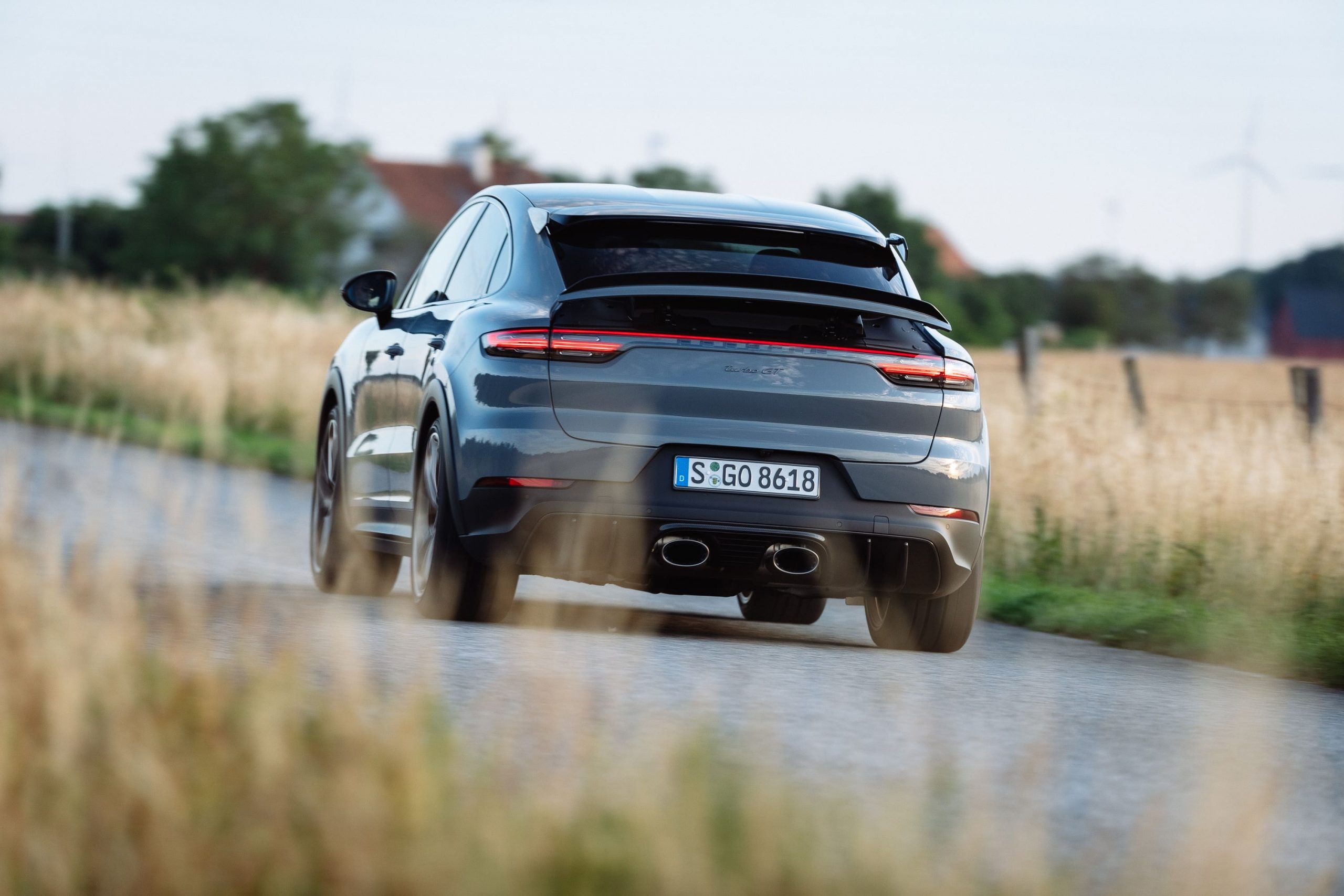 The Cayenne has never been the most elegant of SUVs, with the front end in particular looking high and bloated.

That’s still true here, though there are a few touches, such as larger air intakes and a unique front lip, that give it a more aggressive appearance.

However, once you get past the front end things improve drastically. This being based on the coupe body shape means the roof slopes towards the rear, giving it a sleek appearance, while the prominent roof spoiler hints at the performance on tap. 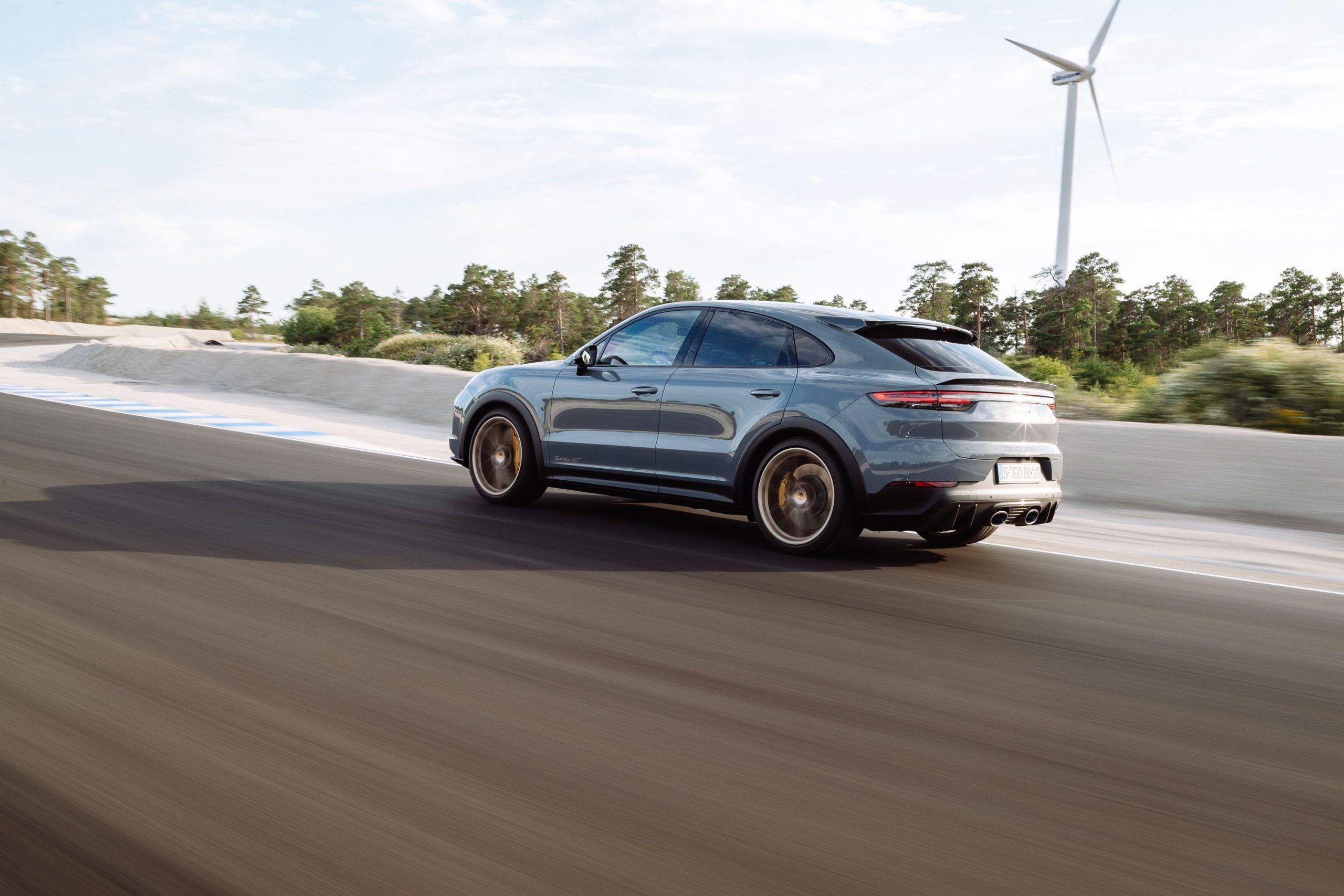 Even with the sloping rear roofline, the Cayenne feels big inside.

But despite its family car beginnings, there are plenty of sporty upgrades that make it clear this is a serious driver’s car, such as cosseting sports seats, Alcantara upholstery used throughout, and splashes of carbon-fibre.

Aside from this, the look and feel is top notch, with the widescreen infotainment display dominating the dashboard. 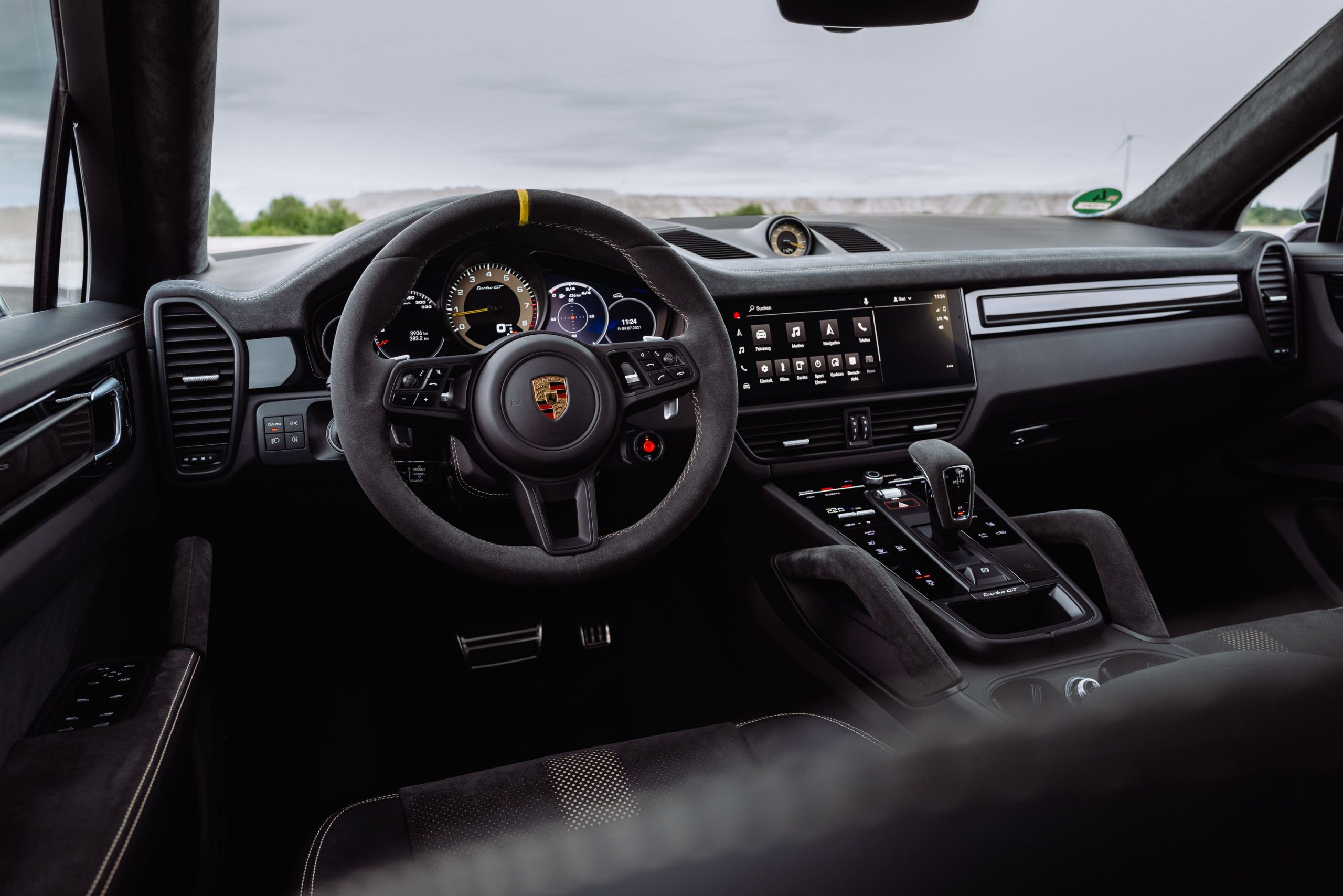 On top of the extensive mechanical upgrades in the name of performance, standard equipment includes the Sport Chrono Package with drive mode selector, adaptive air suspension, LED lights all around, cruise control and those sporty interior upgrades.

It’s easy to push the price up with the option list though, with our test car weighing in at £156,695. 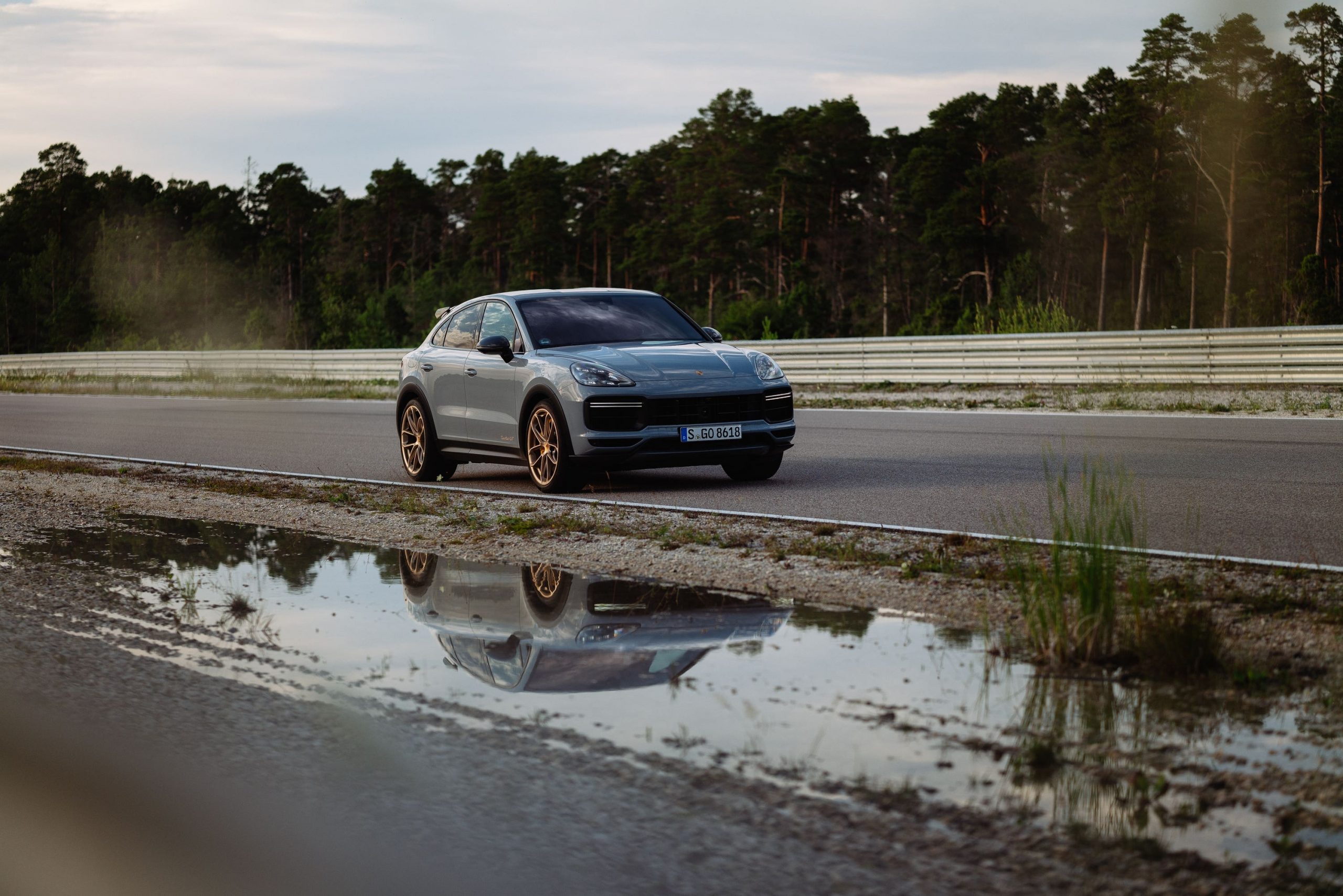 It’s easy to be dismissive of performance SUVs. They go against the very principles of performance car manufacturing, often compensating for poor driving dynamics with powerful, shouty engines.

But as they increase in popularity, manufacturers are spending more time perfecting ways to defy physics, and the Porsche Cayenne Turbo GT might just be the class leader in this department.

It has ludicrous shove from its glorious V8 engine, but it’s the way it handles that surprises and delights. It turns out sports car dynamics and SUV practicality don’t have to be mutually exclusive. 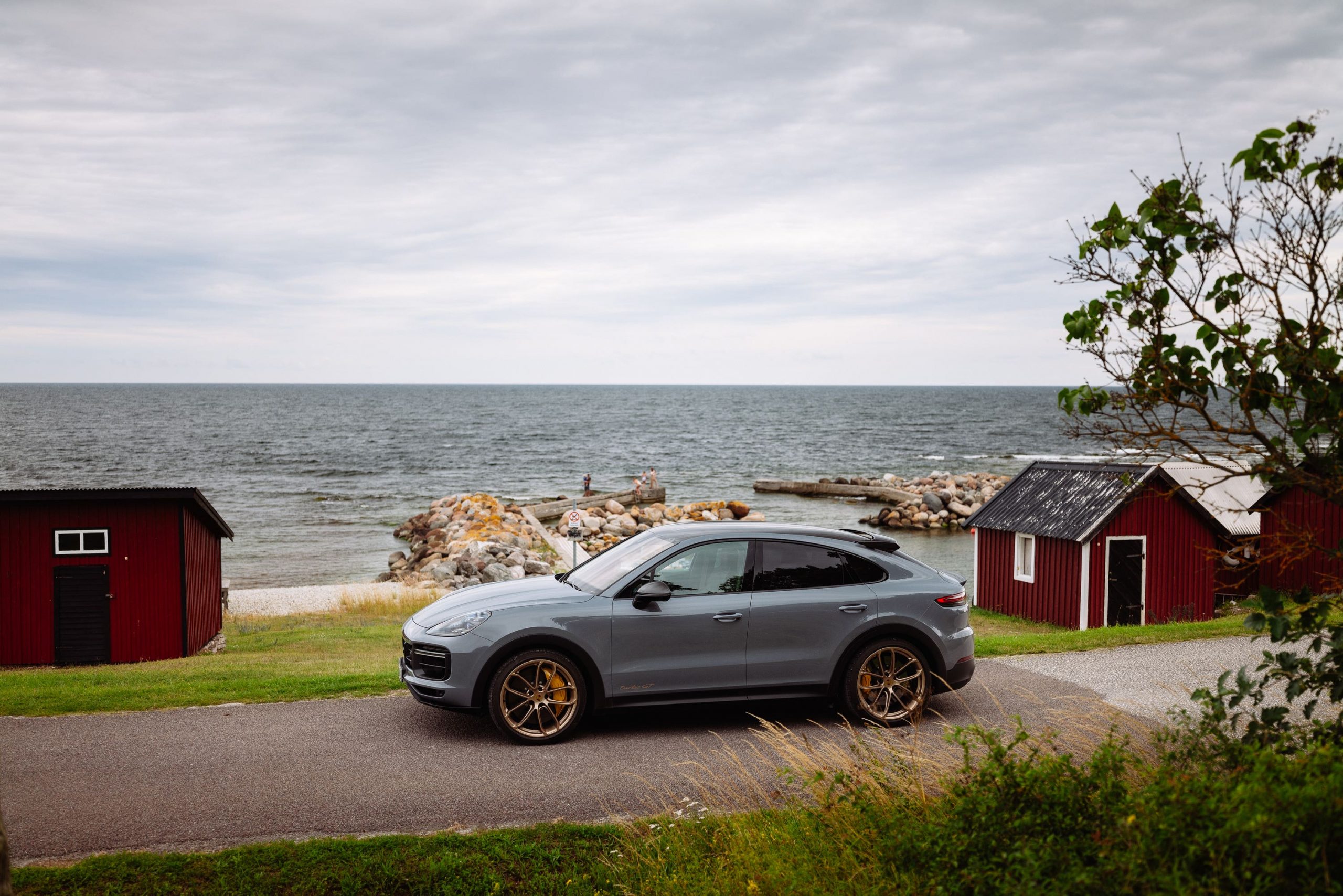