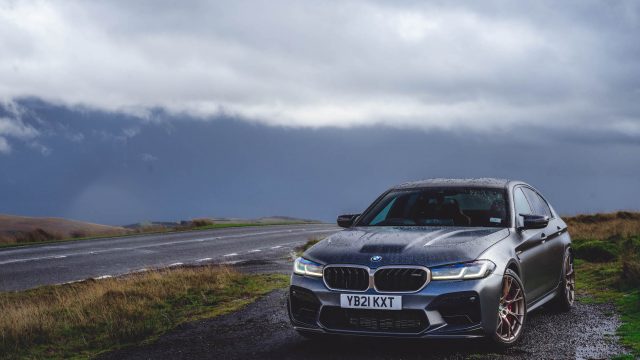 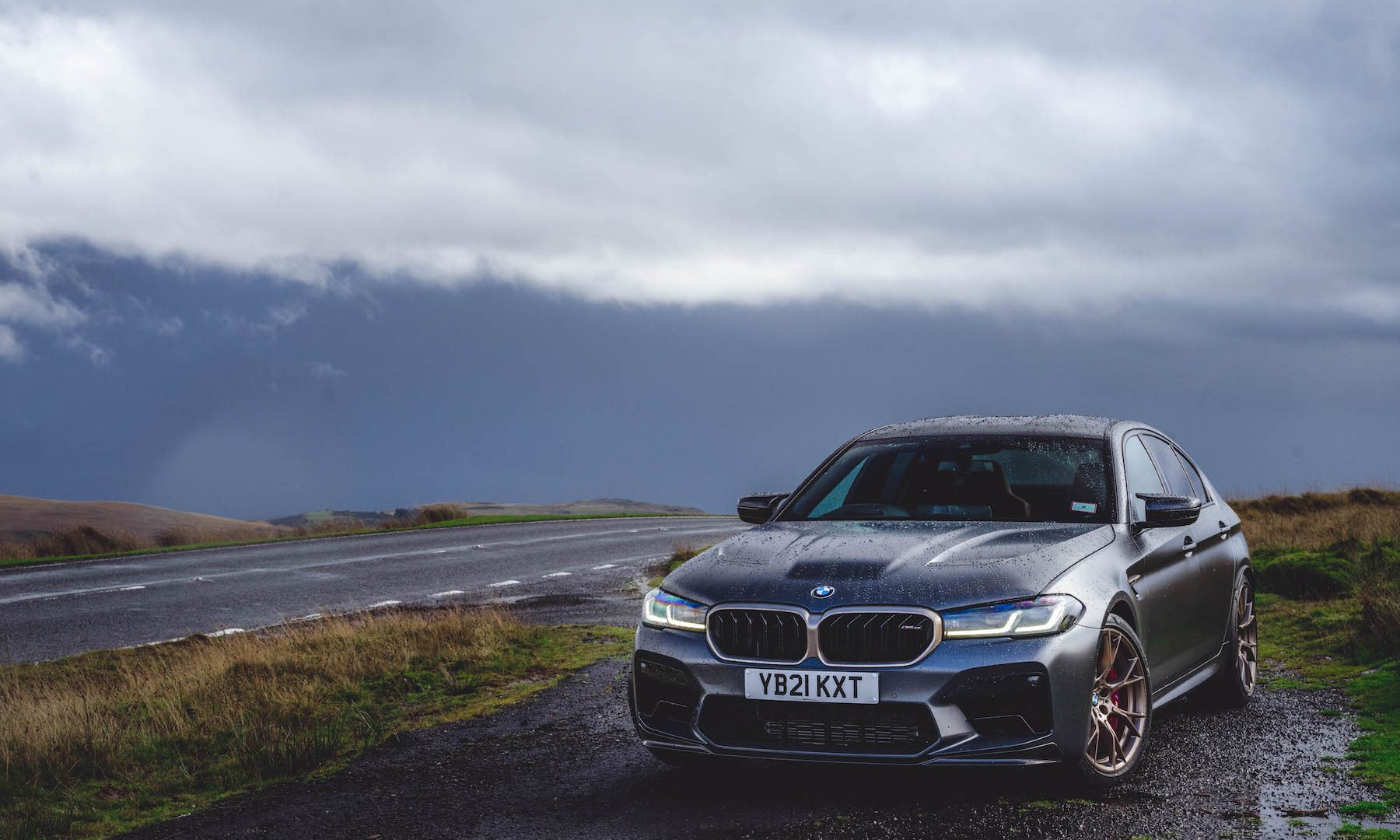 If there’s one thing BMW knows how to do, it’s creating big, fast saloon cars.

Ever since the arrival of the original E28 M5 in the mid-1980s, BMW has shown the world that you needn’t compromise when choosing between space, pace and comfort. But during the M5’s long and illustrious life, it hasn’t been stripped back and made into a tougher, lighter model. That’s all changed, though, with the arrival of our next contender – the M5 CS.

You’ll have found the CS – or Club Sport – badge adorning the bumpers of other BMW models such as the M2 and M3, but up until now, it hasn’t found its way on to the big M5. However, things have changed for this F90-generation car.

BMW takes its regular M5 Competition and gives its 4.4-litre turbocharged V8 a modest increase of 10bhp up to a total of 626bhp, so the CS now has the mantle of ‘the most powerful M-car ever’, which gives you a little idea of how serious this car is. However, the CS has more on its side than brute force alone. No, there’s quite a lot more going on under the matte-finished skin than you might think. 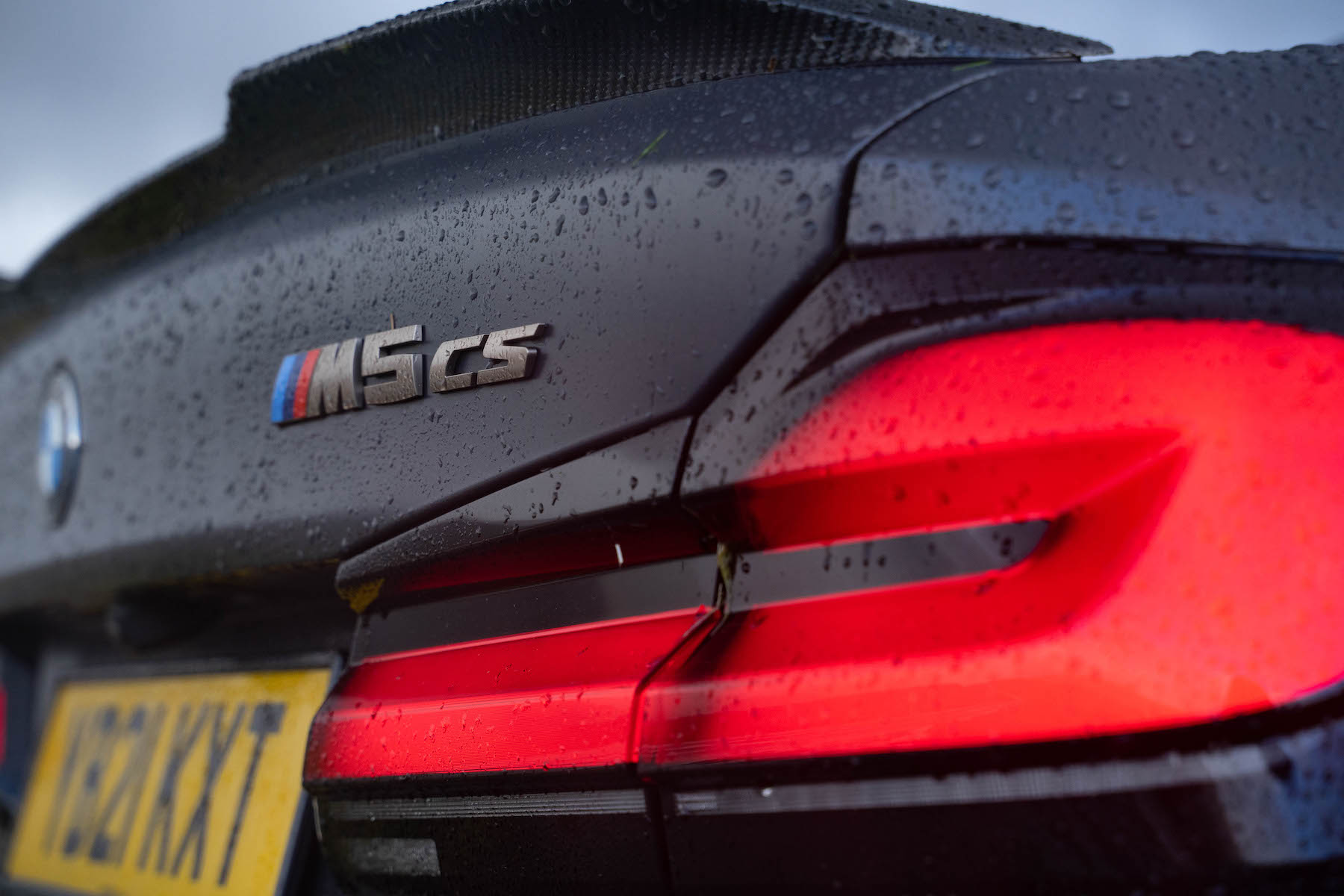 It’s got a seven-millimetre drop in ride height over the Competition, courtesy of a suspension system first developed for the M8 Gran Coupe. You’ve then got beefier engine mounts, a new sports exhaust system and plenty of weight-saving carbon-fibre-reinforced plastic (CFRP). The bonnet, for instance, is made out of it and so is the front splitter. Among its use in other components, this helps the CS to shift 70kg over the regular Clubsport. Saving the weight of two Dalmatians’ worth of bulk is no mean feat, but you’d struggle to – ahem – spot where it’s been taken from during everyday driving.

Because it’s everyday driving where the M5 has historically been so dominant. It’s a car that’ll happily soak up the rigours of the day-to-day routine yet deliver shattering performance should the mood strike. So you might think that the CS version, with its crash diet and serious ceramic brakes, might take away some of that all-purpose talent. Not quite. 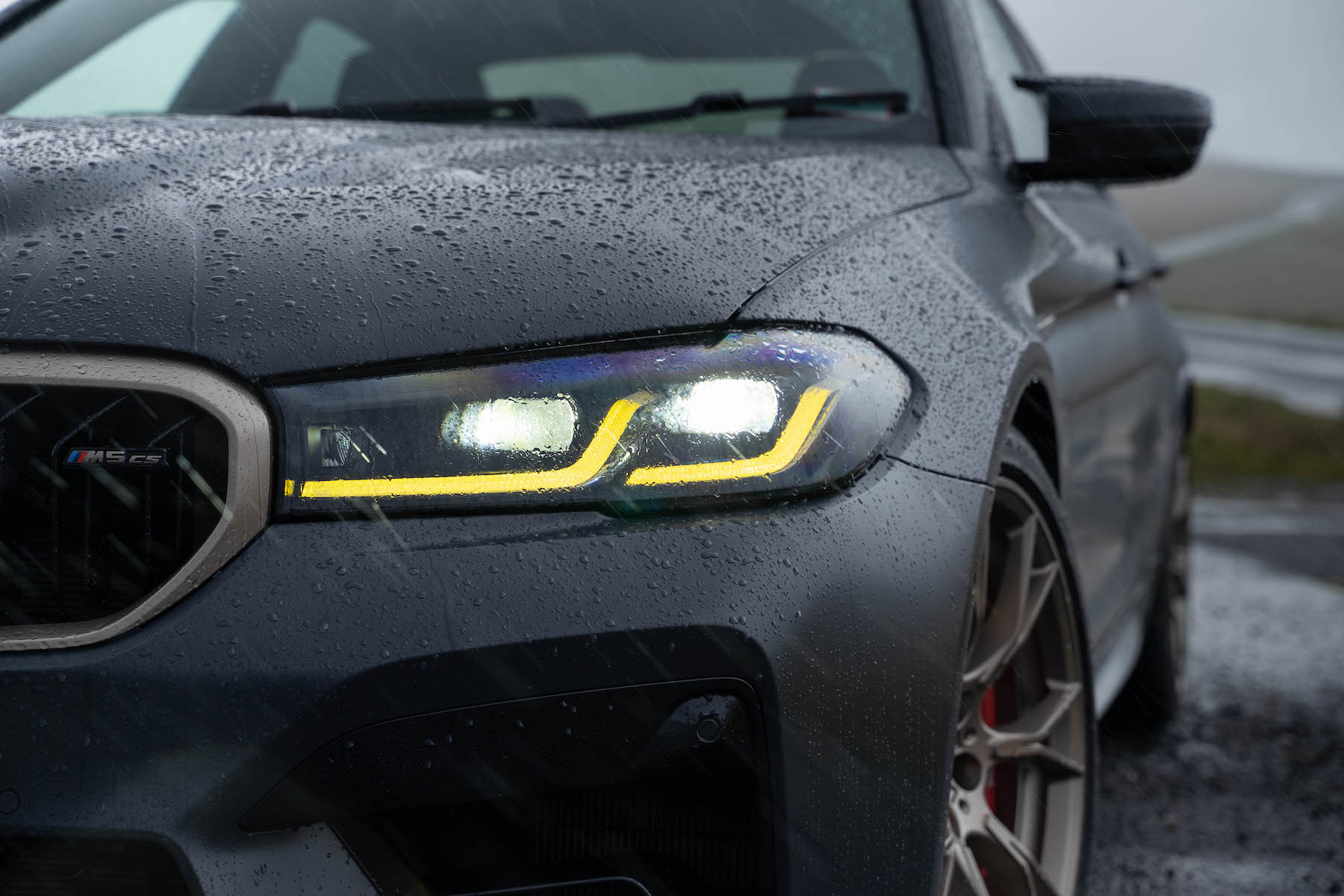 You see, the M5 CS rides and acts largely as a normal M5 should. It’s reasonably comfortable and, save for the flamboyant bucket seats, feels much the same inside too. The ride is a touch firmer at lower speeds, but you almost expect this of a car boasting to be harder, faster and leaner than the one upon which it is based.

The four-wheel-drive system hasn’t been ditched in the quest for lightness either, so there’s traction whenever you want it. How the CS manages to deploy all 626bhp in the cold wet is beyond our belief, but somehow all of its computer wizardry allows it to. The whole car feels far sharper than before, too, and that gives you the confidence to wield all of that horsepower.

Plus, the reduced weight means that the M5 CS somehow doesn’t feel as large to drive. Of course, it’s largely the same in terms of dimensions as the standard M5 Competition, but that drop in bulk, as well as the more agile steering, works wonders to remove some of that ‘school bus’ feeling you get in the Competition – an issue that is usually only exaggerated on small, compact roads such as the ones we’re on. 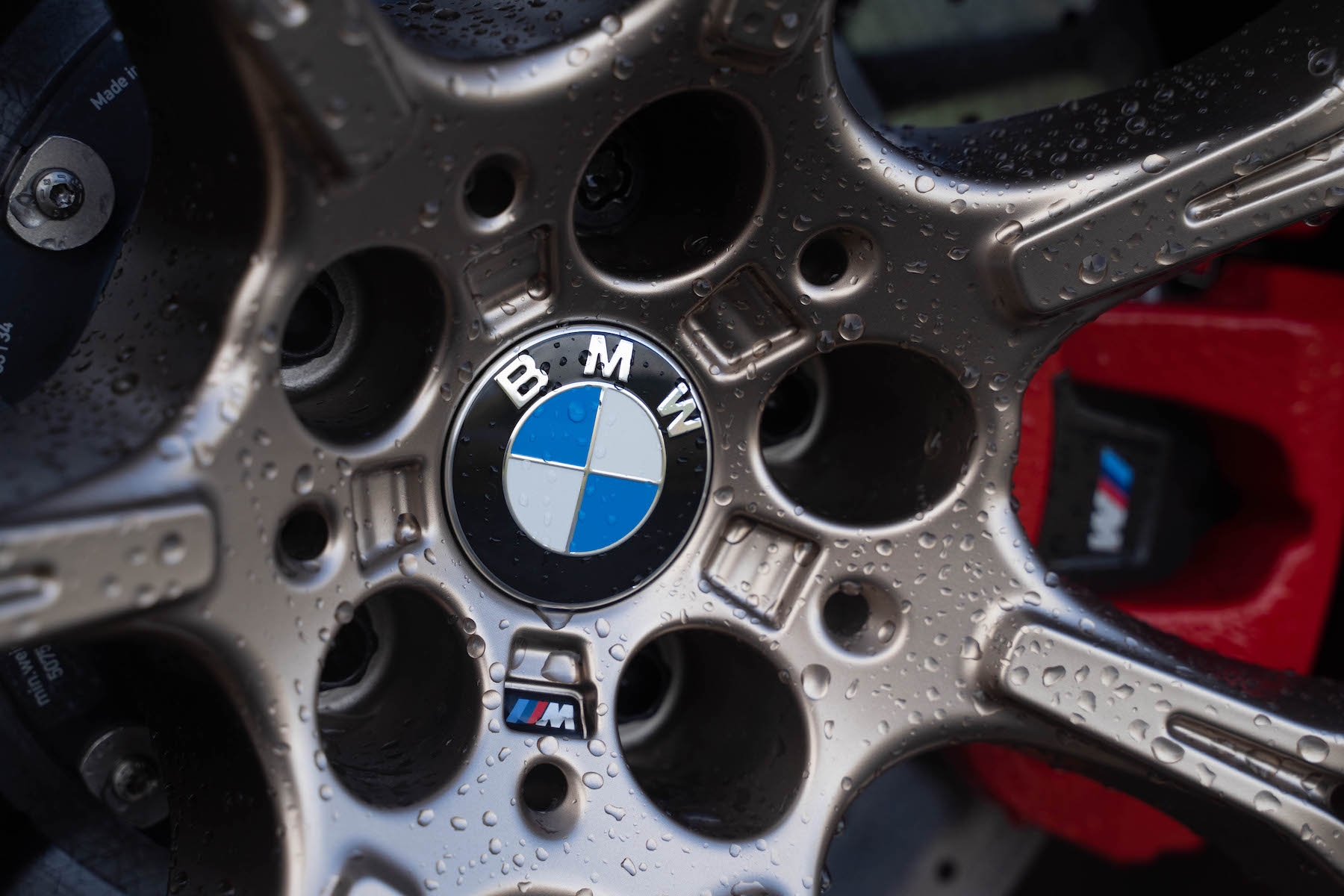 Those carbon brakes are excellent too, and ensure that you can bring this four-door space shuttle to a stop when you need to. However, it’s the confidence that the M5 CS inspires in its driver that is the most impressive aspect. After all, this is still a big, powerful saloon car and yet, more often than not, you could drive it like a regular 5 Series. The 4.4-litre engine can remain muted should you need it, while the automatic gearbox shifts as smooth as you’d like.

Just because you can drive the M5 CS like a diesel version doesn’t mean you should, though. This is a car that rewards the driver, engaging you to push that little bit harder, brake that little bit later. It’s a really involving experience, helped on by the small changes that BMW has made to the points you engage with. The gearshift paddles, for instance, are ultra-long carbon versions pinched from the latest M3 and elevate the process of flicking up and down the cogs. It’s the little things, after all. 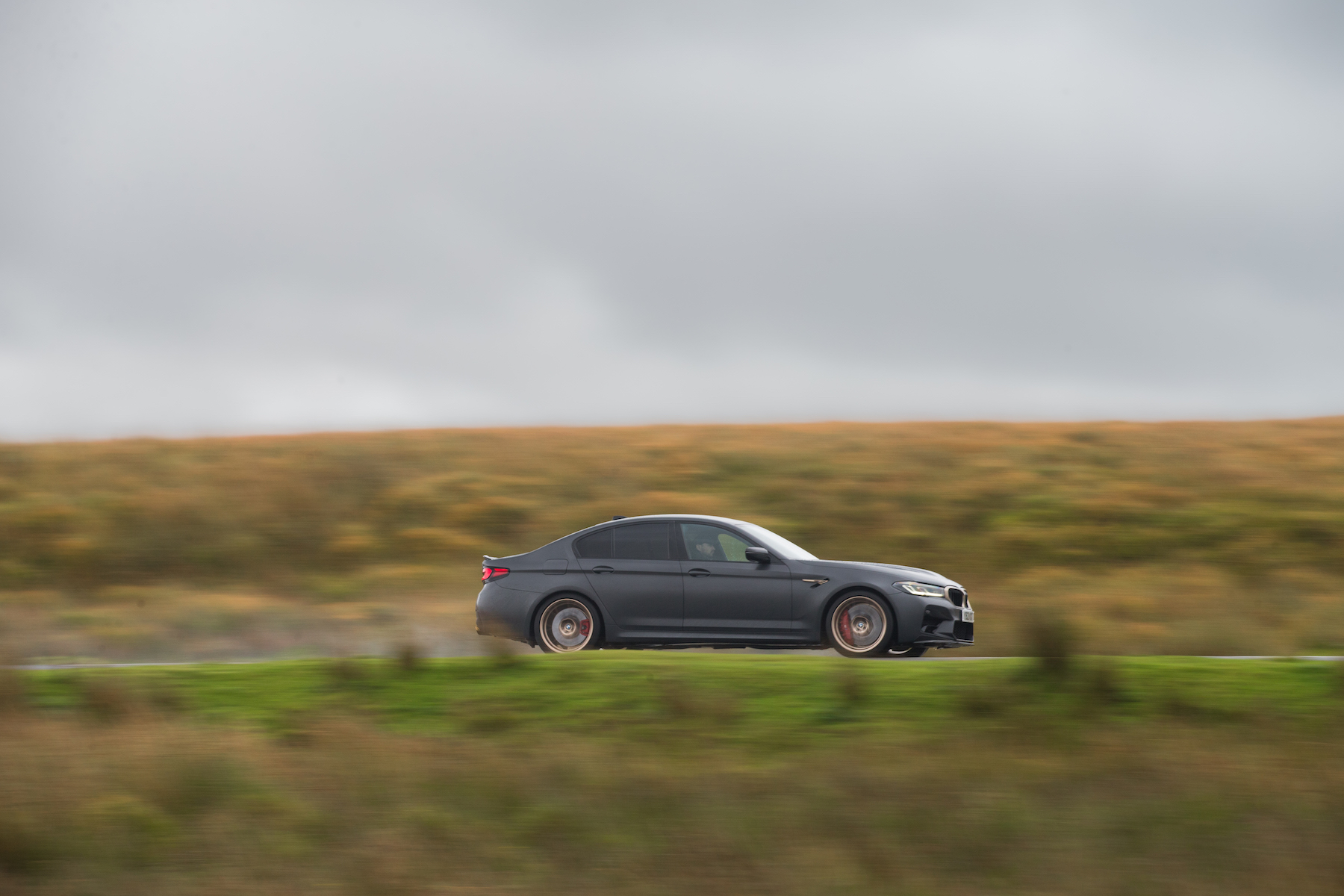 The CS looks likely to be as high as the current generation of M5 will go, so you could almost call it a run-out model. The next-generation car will likely be a hybrid, closing a chapter on one of the most impressive engines we’ve seen, and it’ll seal up a section of the M5’s history that many people will look back on fondly – including us.

But for now, the CS is a prime example of what generations of development can do. Its combination of performance, usability and unending charm are what highlight the CS as one of the all-time greats. It’s been a privilege to have it in this year’s test.

Click here to read more Road Test of the Year 2021