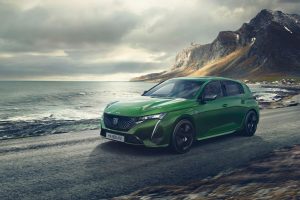 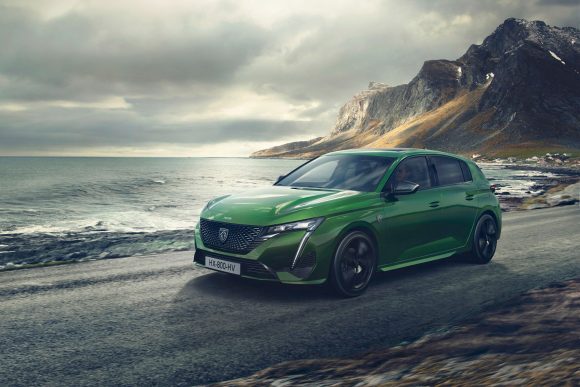 Peugeot has revealed its updated 308 – complete with new electrified powertrains.

The 2021 version of the Ford Focus-rivalling family car has also been given a bold new look versus the model it replaces.

The front of the ever-popular car has a dramatic new grille as well as new ‘claw’ headlights. Meanwhile,  Peugeot’s new logo sits proudly in the middle of the car’s nose – the first time it’s been used on a production vehicle.

The 308 is also roomier inside, courtesy of a wheelbase 55mm longer than before, and the car sits 20mm lower than its predecessor as well.

This is bolstered by a 10-inch central touchscreen fitted as standard on all models. 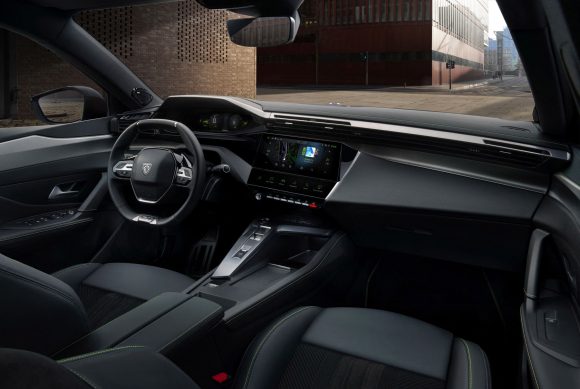 There’s more space than before inside the new 308

Peugeot has created extra space for the front passenger by redesigning the dashboard, and more emphasis has been placed on ergonomics and cabin quality compared with the older 308.

However, the boot is down from 470 litres to 412, although Peugeot reckons rear-seat space is more generous now.

Various driver-assistance systems are fitted to the 308 as well, including a semi-automatic lane change assistant plus adaptive cruise control that can alter speed based on traffic signs and upcoming bends.

Nestling alongside the electrified powertrains are more conventional set-ups as well, namely a 1.2-litre petrol and 1.5-litre diesel . Both use an eight-speed automatic gearbox as well.

The 308 is set to have three trim levels – Allure, GT and GT Premium – with full spec and prices expected to be announced closer to the car arriving in showrooms before the end of the year.