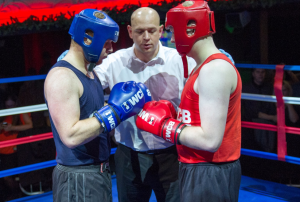 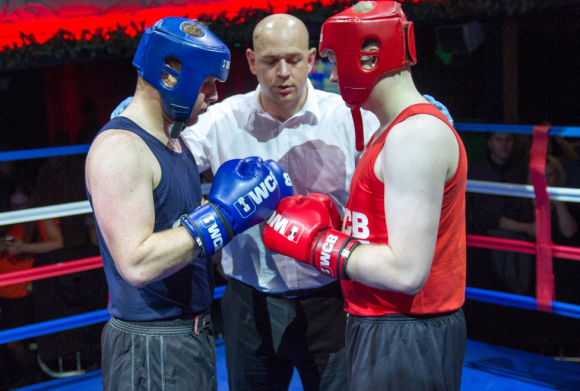 TWO salesmen at a Suffolk VW dealership became kings of the ring to deliver a knockout blow for charity – and were unexpectedly pitted against each other! 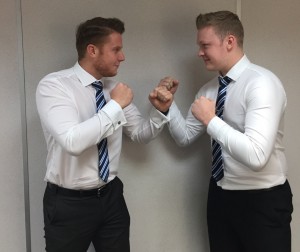 Craig Daniels, left, and Adam Pomphrett jokingly square up to each other

By coincidence, the 25-year-olds were matched for a bout by the organisers, and despite being good friends they both gave it their all in front of a capacity crowd of 450 people in Colchester. The three-round contest ended in a draw, with the pair raising £550.

Daniels said: ‘In 2009 I lost my granddad to cancer and have always wanted to do something to help raise money for Cancer Research.

‘When we saw this charity boxing event we signed up as we thought it would be a bit of fun while doing something for a good cause. We never thought for a second we would end up fighting each other!

‘The training has been the hardest physical exercise I have ever had to do, and the final event was even more mentally and physically challenging. All in all, it was a great experience but I don’t think I will be jumping back into the ring any time soon!’

Pomphrett added: ‘I don’t think anyone has to look far to find someone suffering with cancer, whether it be themselves or a loved one, so I jumped at the chance to do something to help the cause. It was an amazing experience, which not only raised a huge amount of money but was also a lot of fun.’

Dealership brand manager Trevor Pajak said: ‘We are extremely proud of the commitment that Craig and Adam have shown in their efforts to raise money for Cancer Research.’

Pictured at top: Craig Daniels, left, and Adam Pomphrett in the ring at the Ultra White Collar Boxing event