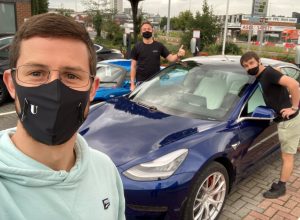 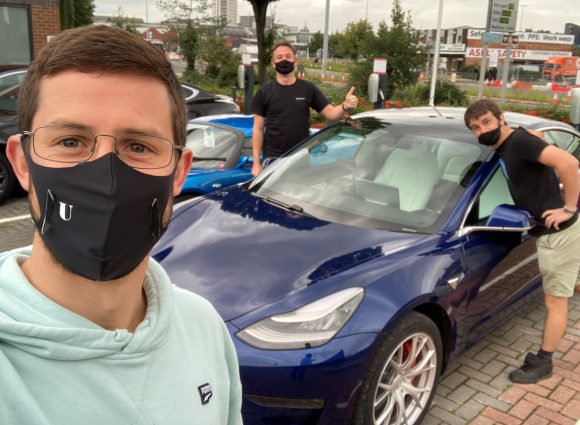 Concerns are growing over an increase in Covid-19 cases in care homes, prompting the government to send an alert to care providers to highlight the rising rates and to call for action.

The letter – sent on Friday – urges care bosses to ‘take the necessary action to prevent and limit outbreaks’, pointing out that in the past three days there had been an increase in notifications of coronavirus cases in care homes.

At the moment, it is the workforce that is most affected, but the letter says that ‘clearly’ there is a risk that the virus will spread to residents and in some cases already has.

Boris Johnson is facing mounting criticism over his legislation overriding his Brexit deal, as leaders from across the political spectrum attacked the threat to break international law.

Senior Tories refused to back down on their rebellion against the prime minister’s plans, despite his warning that Brussels could ‘carve up our country’ without his new Bill.

President Trump is in Nevada for the weekend, looking to expand his path to victory while unleashing a torrent of unsubstantiated claims that Democrats were trying to steal the election.

He defied local authorities by holding a Saturday-night rally in tiny Minden after his initial plan to hold one in Reno was stopped out of concern it would have violated coronavirus health guidelines.

Unleashing 90-plus minutes of grievances and attacks, Trump claimed the state’s Democratic governor tried to block him and repeated his false claim that mail-in ballots would taint the election result.

A charity has smahed the record for time spent charging an electric vehicle while driving from John O’Groats to Land’s End.

The previous record – set in 2015 – stood at three hours, 44 minutes and 33 seconds, but the team managed the 840-mile route in well under 16 hours and with just over 90 minutes of charging.

It comes after reports that Arcadia Group – whose high street brands include Topman, Topshop and Dorothy Perkins – was only going to pay some of its staff as little as 50 per cent of their notice pay.

An Arcadia Group spokesman said its actions related to around 300 redundancies at head office, and that the company was ‘extremely sorry to all those individuals impacted for the distress that we have caused and apologise unreservedly’.

Tributes have been paid to ‘visionary’ designer and restaurateur Sir Terence Conran who has died aged 88.

The Habitat founder was credited with bringing quality designs to the high street that ‘revolutionised the way we live in Britain’.

He died yesterday (Sep 12) at his 18th-century manor house home Barton Court in Kintbury. Trustees at the Design Museum, founded by Sir Terence, said he ‘leaves a treasure trove of household and industrial design that will stay with us forever’.

Sue Barker is leaving A Question Of Sport after 23 years as part of a major shake-up at the BBC One programme.

Ex-professional tennis player Barker, 64, took over as presenter from commentator David Coleman in 1997. Former England rugby player Dawson, 47, and ex-English international cricketer Tufnell, 54, have led their teams on the show for 16 and 12 years respectively.

Their final series together will be broadcast next year, with the all-new line-up to be announced in due course.

Sunday will be warm, dry and fine during the day, and temperatures will reach 26C. Overnight will see generally light winds. Monday will also be fine and dry, and will be very warm, with temperatures hitting 30C.