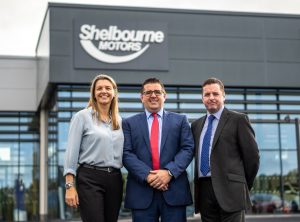 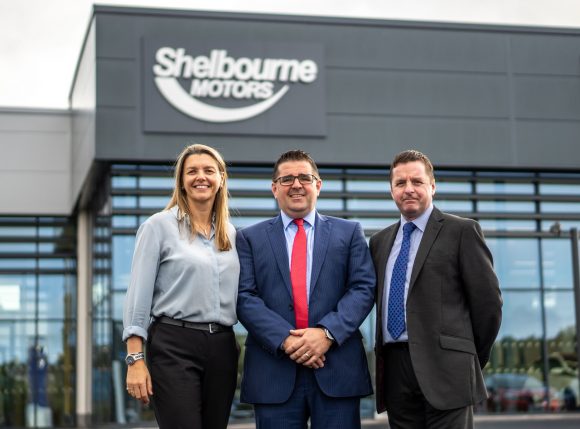 It coincides with the Northern Irish family-owned new and used vehicle retailer celebrating the first birthday of its £5m multi-franchise Newry complex.

The Newry site bumped up Shelbourne Motors’ workforce by more than a quarter last year, with 149 full- and part-time staff at its Portadown and Newry showrooms in 2019 against 118 in 2018.

Financial director Caroline Willis said: ‘Shelbourne Motors is delighted to recognise that many strategic objectives around the growth of the business have been successfully delivered in 2019, and this can be translated with the company’s strong financial performance.

‘The Newry facility was not forecast to make a profit in the first year of operation, in line with many newly opened motor retail franchise businesses, so to be able to record a 17 per cent increase in annual profits is a testament to the strength and growth of our brand.

‘Our 2019 performance has strengthened our position as one of Northern Ireland’s leading vehicle retailers.

‘I would like to thank the hard work and commitment of our dedicated teams across Newry and Portadown who continue to deliver exceptional service to our loyal and ever-expanding customer base.’

Shelbourne Motors has franchises for Toyota, Renault, Nissan, Kia and Dacia, as well as having the used car supermarket AutoSelect, plus an accident repair centre, vehicle rental division, fleet company and valet centre.

It said Toyota had bounced back after a difficult 2018, while Renault performed well, but Nissan had continued having a difficult year on profitability for new cars and supply problems for used.

All service areas saw profits decline and parts turnover dropped by six per cent. Its rental division also suffered, with some fleet business declining, and an increase in expenses saw profit down by 13 per cent.

Shelbourne’s bodyshop division, however, enjoyed an increase in sales and hours, with a new alloy wheel machine lowering costs for used car reconditioning.

The company added that it had bounced back from the lockdown, with a strong sales performance over the summer for new and used cars, as well as aftersales services.

Sales director Paul Ward said: ‘We have seen significant growth in both new and used cars since the reopening of the showrooms in June.

‘We are trading ahead of expectations and are very optimistic that this trend will continue.

‘New car offers across our brands are very strong, and we have seen a real demand for EV/hybrid models, which is a change to the traditional diesel market.’

Looking ahead, the directors’ report said the twin threats to the economy of Covid-19 and a possible no deal for Brexit could mean less spending by customers, which would threaten vehicle and aftersales revenue in 2020 and 2021.

It added that the current ‘period of enormous uncertainty’ made  it very difficult to make predictions.

However, the directors felt that the disruption caused by Covid-19 would be temporary, and any risk of a no deal would be partly mitigated by the fact that the majority of the most Toyota and Nissan models were made in the UK.

In addition, Kia’s were made outside the EU, meaning a minimal change in tariff and, hence, selling price.

But they warned that because Renaults were made in the EU, that could lead to higher tariffs and prices.