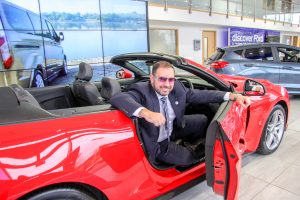 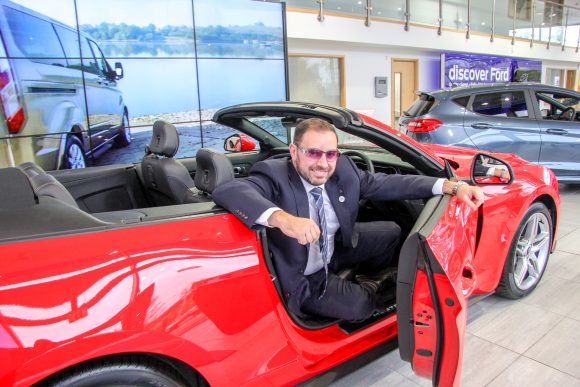 FORD Stoke has a new ‘King’ – and that’s all right, mama…

David Cain – who is an Elvis Presley tribute artist in his spare time – has joined the Bristol Street Motors dealership as its general manager.

He has worked in the motor retail industry for more than 16 years, spending his career exclusively with Ford. Previously, he was a general manager for a Ford dealership in Manchester but said that moving to Ford Stoke was ‘an unmissable career opportunity’.

Cain’s showbiz sideline is a passion that he has perfected over six years to pay tribute to his idol ‘and keep his memory alive’. It has seen him perform at weddings and other events – even singing for colleagues.

‘I am thrilled to join the team at Bristol Street Motors Ford Stoke,’ he said. ‘The site is fantastic and has a lot of potential, which I hope to fulfil.

‘My main focus as general manager is to serve customers in the local area and deliver the first-class service that Bristol Street Motors is known for.’