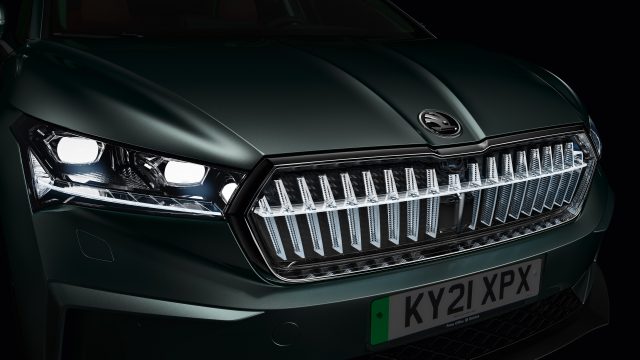 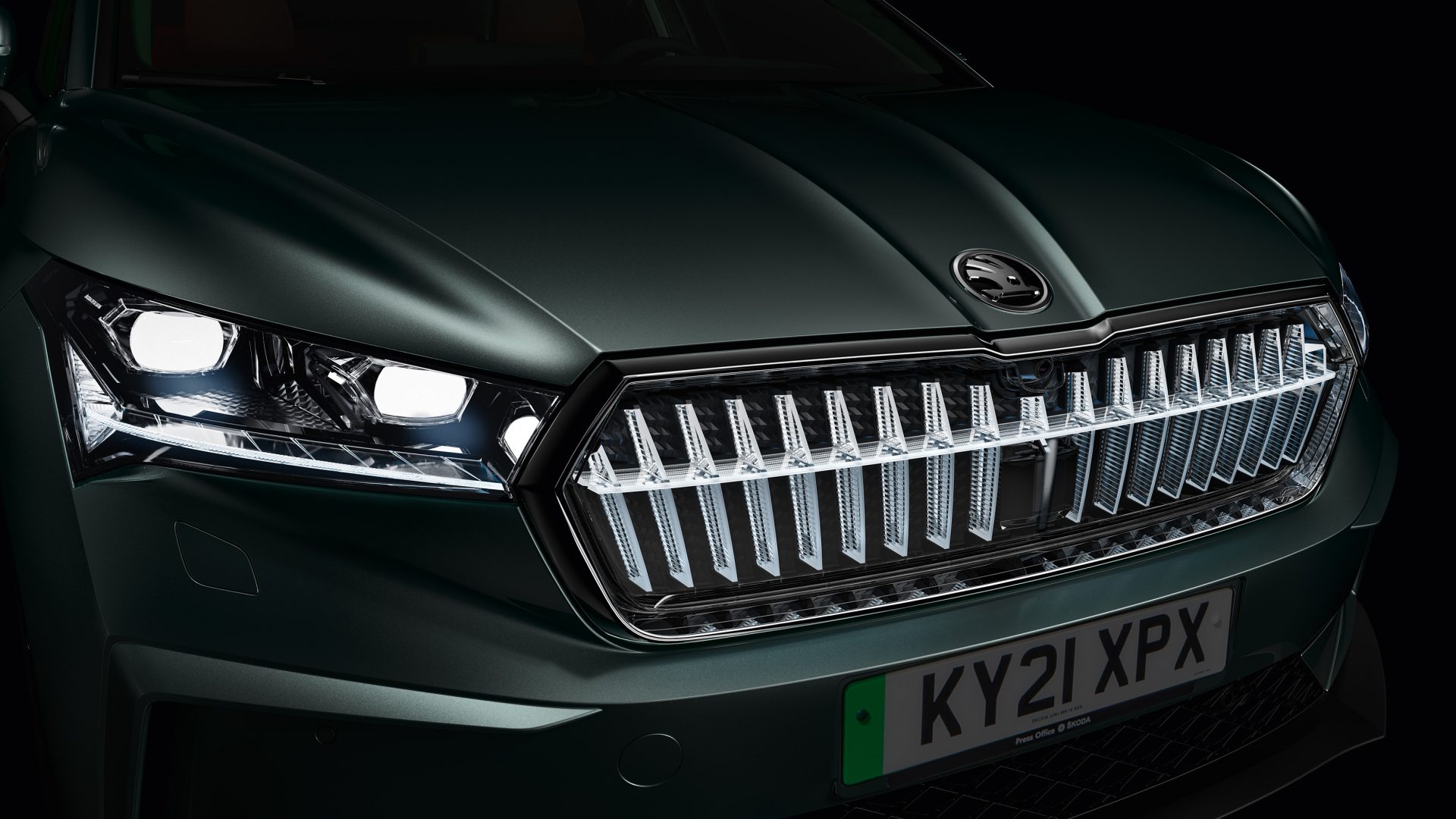 If the Enyaq iV wasn’t jazzy enough for you, Skoda has announced a new way to add some extra sparkle.

The all-electric SUV is now available with the option of an LED grille called Crystal Face to illuminate your arrival at all destinations.

This has been made possible with the addition of 18 vertical strips and a horizontal band made up of 130 LEDs, all within a case that gives the appearance of crystals in the grille.

It features animated ‘coming home’ and ‘leaving’ functions, and has a welcoming light display.

As if that wasn’t enough lighting features, the Crystal Face works with the LED headlights to light up the road ahead as well.

The Enyaq iV is Skoda’s first all-electric vehicle, which the brand says makes it one of the most significant in its 126-year history.

The Crystal Face is included in the Light and View Plus package that can be specified on all Enyaq iV 80 models, costing £1,675 for the 80 or £560 on 80 SportLine or 80x SportLine models.

Prices for the Enyaq iV start from £31,995 including the government plug-in car grant, with the option of two electric battery sizes of 62kWh and 82kWh.