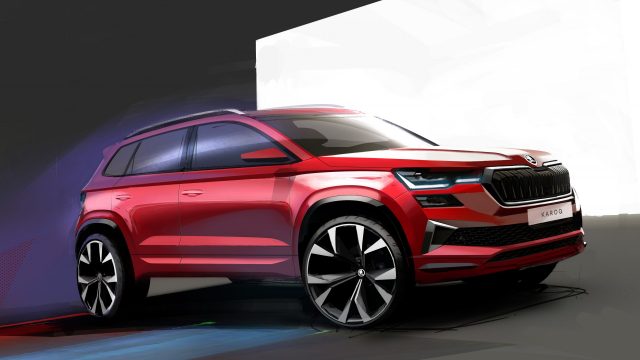 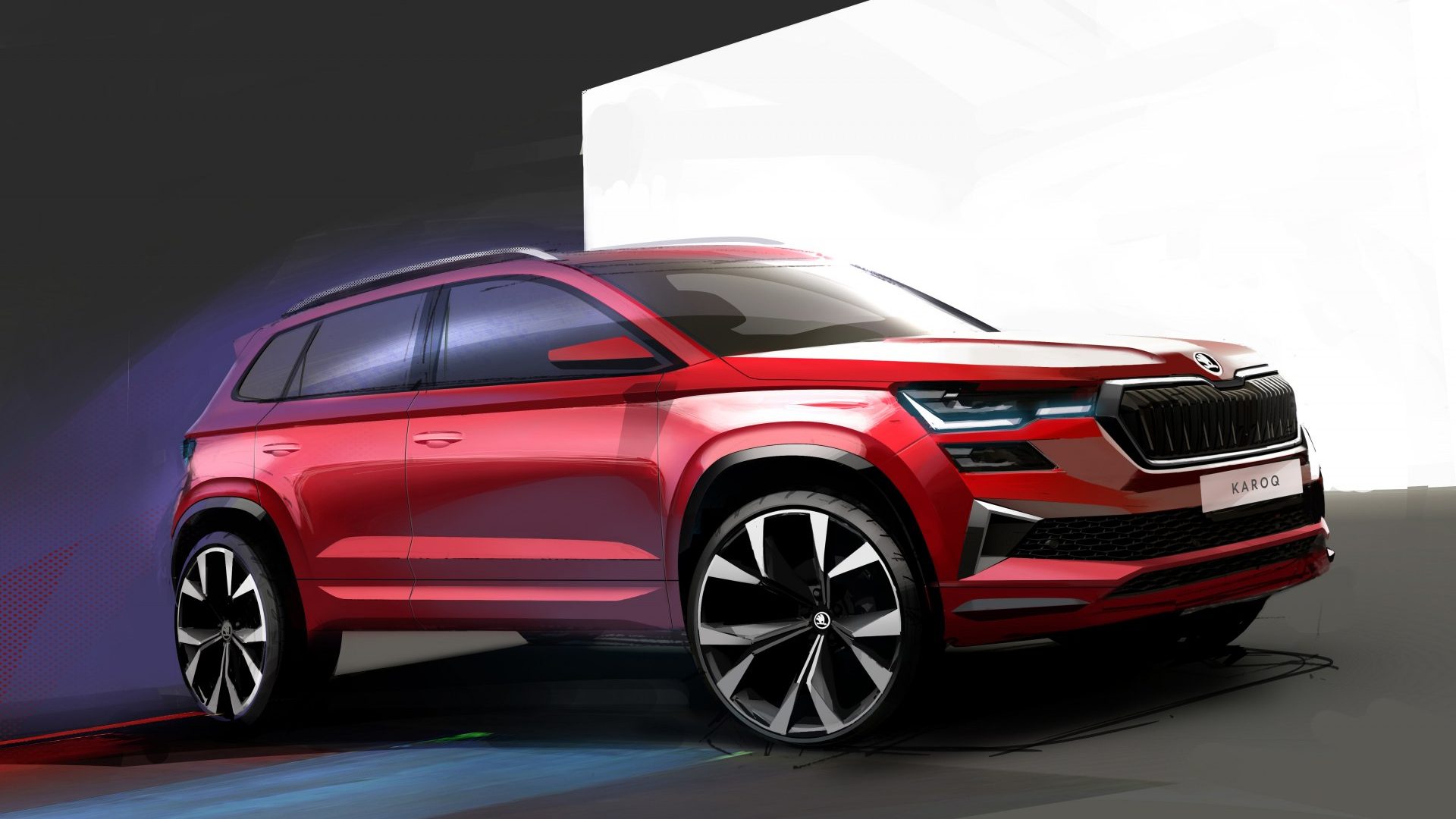 Skoda has released a series of images showcasing the all-new Karoq ahead of its full debut at the end of the month.

Replacing the outgoing model first introduced in 2017, the new Karoq displays an updated design with a larger front grille than before and a sharper rear end.

The headlights are slimmer in design than before and now reach across to the grille. They also include daytime running lights which are now made up of two separate elements each.

Underneath the main light clusters sit a second lighting unit for the fog lights, though Skoda says that top-end versions will feature an LED module here instead. 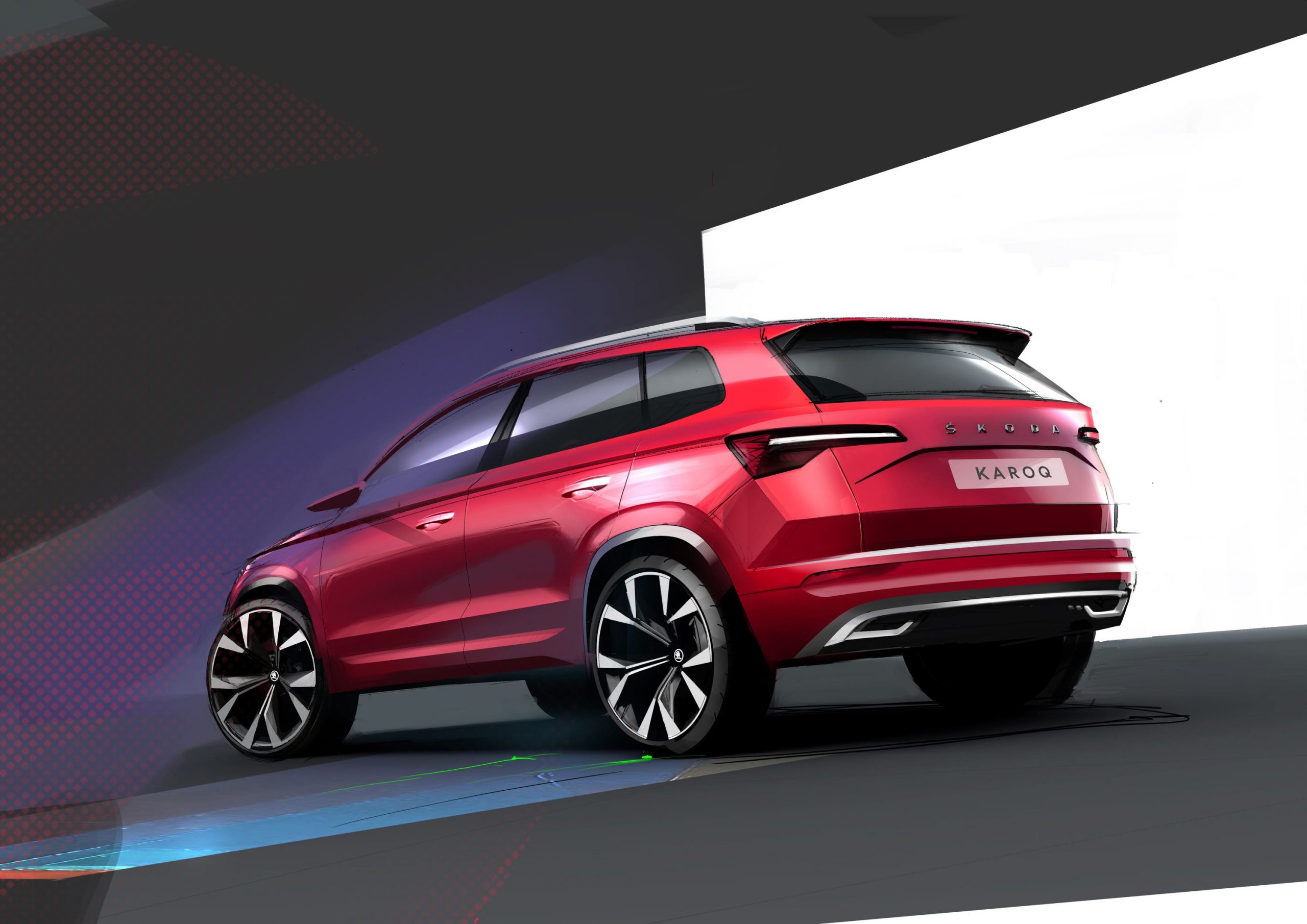 Around the back, there’s a larger spoiler while the rear lights have been made slimmer than before, echoing the design of the headlights. A new diffuser-style rear section has also been fitted, alongside silver accents.

The Karoq is Skoda’s mid-size SUV, sitting in between the smaller Kamiq and larger Kodiaq.

Skoda recently updated the Kodiaq, bringing similar changes to its seven-seat SUV as those proposed for the Karoq.

A sneak preview of our forthcoming updated #Karoq. More distinctive front with updated headlight and front grille design. At the back, updated spoiler, rear diffuser and tail light changes emphasise the car’s width.

Though no details surrounding the updated Karoq’s powertrains have been released, it’s likely that it’ll be available with an efficient range of petrol and diesel engines – just as its predecessor was.

Skoda has said that the Karoq will make its full debut on November 30, with further details about the updated SUV released at that point.