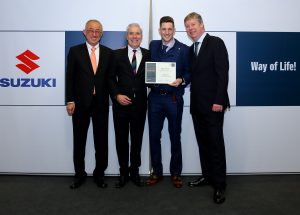 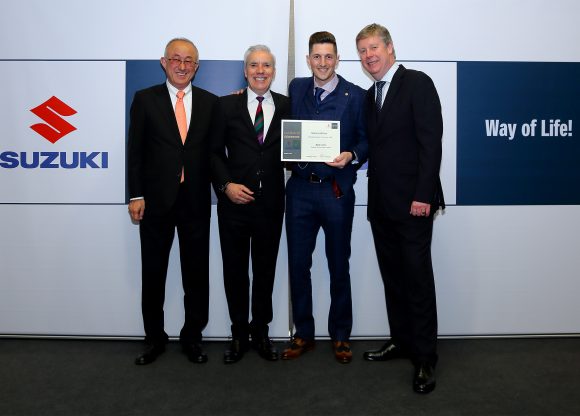 SUZUKI GB has announced the winners of this year’s Aftersales Guild Awards.

The annual event, which this year was held at the De Vere Horwood Estate in Buckinghamshire, is the culmination of a contest that is part of the vehicle manufacturer’s distance learning programme. The initiative is designed to enhance the skills of individuals within the dealer network to ensure that work is of the best quality and that Suzuki customers nationwide always receive the best standard of service. 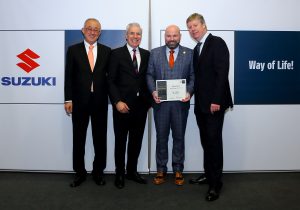 More than 350 contestants took part in the latest competition. They were then whittled down to the runners up and three winners on the night, following a series of gruelling tests on the day of the ceremony.

The top awards of Aftersales Manager of the Year, Aftersales Adviser of the Year and Technician of the Year were collected respectively by Paul Coghlan of West End Suzuki in Dundee, Mark Sims of Stephen A Sims Cars Ltd in Darlington and Barry Russell of Eastbourne Suzuki in East Sussex. They each received a Fitbit smartwatch plus an all-expenses-paid four-day trip to Malta along with the guild finalists. 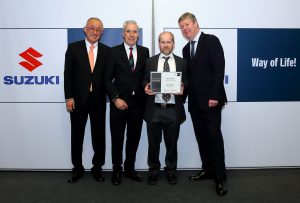 The certificates were presented by Suzuki GB managing director Nobuo Suyama, director of automobile Dale Wyatt and director of aftersales Denis Houston during a gala dinner.

Houston said: ‘We would like to congratulate all of the winners and finalists on their achievements. Each of the candidates has demonstrated an exemplary level of professionalism and commitment throughout the contest. They are an inspirational and valuable asset to Suzuki’s nationwide retail network, and we look forward to supporting each of these individuals as they continue to progress their careers with us.’

The gala dinner also played host to the Apprentice of the Year Awards, recognising the accomplishments of automobile, motorcycle and all-terrain vehicle service technician and parts/customer service adviser apprentices in their first, second and third years following nominations by the trainers. Meanwhile, the Tim Crewdson Award, which rewards the apprentice who has demonstrated an outstanding improvement during the past 12 months, was given to Daniel Parkes of Southampton’s Newmans Suzuki.

MORE: Ant and Dec reveal Suzuki’s dealers of the year for 2017

On WorkshopMagazine.co.uk: Suzuki Class of ’17 apprentices are honoured