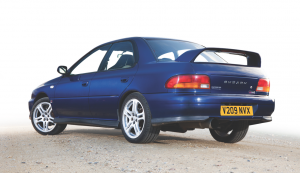 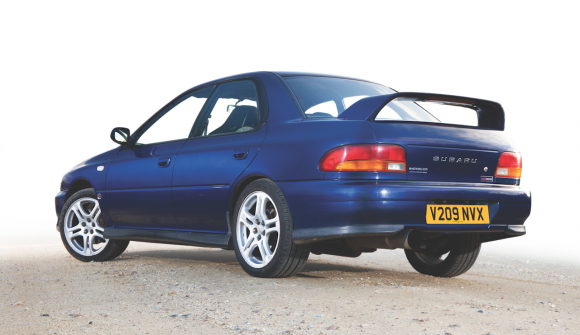 #TradingUp: A case of Scooby blues…

THOSE who are following this feature will know that, by using our contacts around the industry, we’re buying, fixing and selling on cars in an attempt to raise enough to buy a super car, which will then be sold with the proceeds going to Great Ormond Street.

Things took a turn for the worse before Christmas when, for one reason or another, all three of our stock vehicles found themselves in need of work which meant we couldn’t sell them.

Things have progressed a little, but not much has improved. Firstly to our Land Rover. We have discovered the new head we got from Turners Engineering is cracked – but we have no idea how and where the damage was caused. The car is currently in parts at Harwoods, who have been really helpful. We’re hoping to get the head replaced, but as this is ongoing, I’ll cover this in full next month.

So let’s move on to the Scooby. The car had lost power, so we put it into a local garage, who identified, as we had suspected, the inlet hose was cracked. However, at the same time they noted the turbo was worn and strongly suggested we replaced it. We spoke to our friends at Subaru to try to locate a replacement, but sadly there aren’t any in the country. However, they suggested if we got this one refurbished they would be happy to contribute (they’re great guys at Subaru).

Word got around that the Scooby was goingto be up for sale, and the guys from Evo magazine contacted us – they were off to do the Monte Carlo rally and the car would be perfect. Chuffed that the Scooby was off for new adventures, we spoke to Midlands Turbo about getting our unit rebuilt, as Evo needed it quickly. This was turned around in three days and the local garage fitted the unit. We had the Scooby delivered to Nick with 24 hours to spare. Great news… or so I thought.

Sadly, the following day at 4am, ten minutes after setting off, the Scooby blew its head in a cloud of steam. The Evo boys got it to a local mechanic as soon as he opened, but the news was not good. Their grease monkey is fairly convinced the cooling system was filled with water and no coolant and, during the coldest night of the year, it froze, resulting in the engine failure.

Now I know there was coolant in the car, and our local mechanic says they topped it up. Having waxed lyrical about the car, we felt terrible that it had let down the team from Evo and meant they missed the rally.

We’ve also now got the Rover back from being tidied up. The power of the mag means I’ve already received two direct enquiries before even advertising it, so with a bit of luck we should have this one moved on soon – and hopefully with a nice bit of profit. That would be nice, as it looks as if we are going to take a real bath on the Landie, but more about that next month.

In the meantime, has anyone got any good trade-ins? We’re looking for some stock to get us back on track and really need your help! If you’ve anything suitable, ping me an email at [email protected]

MORE: 60 per cent of motorists have had a ‘bad experience’ at a garage, says RAC