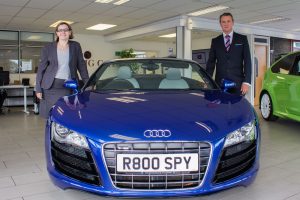 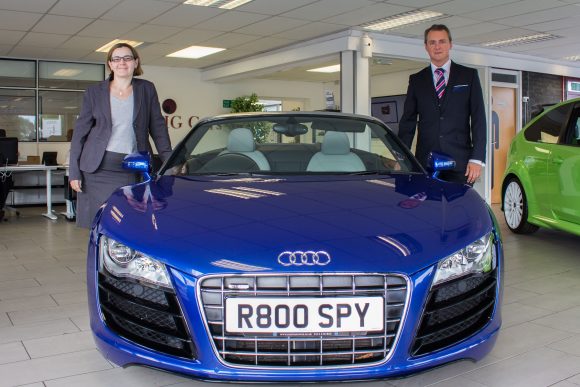 Lee Pembroke joins the company as sales director and Julie Wallman has been recruited as head of marketing.

Trading from showrooms in Chelmsford and Witham in Essex and Addlestone in Surrey, Big Cars anticipates a turnover of £40m in 2016 and a further increase in net profitability, which in 2015 was 97 per cent.

A trailblazer within the industry for the effective use of social media, Big Cars has sold more than £50m worth of used cars using Facebook in just eight years. The company has more than 340,000 followers on the platform and generates more than 1,000 leads per month through its social media channels, which also include Twitter, Instagram and Snapchat.

The new appointments come at a time of further expansion for Big Cars, which was founded in 2008 by 33-year-old entrepreneur and former car salesman, Adam Stott.

The business will open its fourth site in September, located in Sudbury, Suffolk.

Prior to his arrival at Big Cars, Pembroke was a director of Toomey Motor Group, whilst Wallman joins from Mercedes-Benz Retail Group, where she was group marketing manager.

Wallman said: ‘Big Cars is a prime example of a business that has achieved great success by breaking the mould. Its achievements in the use of social media to engage customers and generate sales sets it apart in motor retail and I’m really looking forward to the challenge of helping take this dynamic business to the next level, through innovative and creative marketing strategies.’

Adam Stott, managing director, Big Cars, said: ‘Julie and Lee bring extensive knowledge and experience from their time in automotive retail, enabling us to benefit from their skills and insight. It’s an exciting time for Big Cars as we move into new territories and I’m delighted that they’ve joined us on our journey.’

On SuperUnleaded.com: Meet crash-proof Graham – or is it the Abzorbaloff?