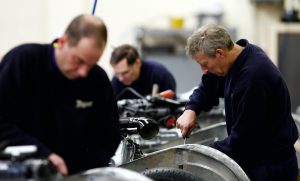 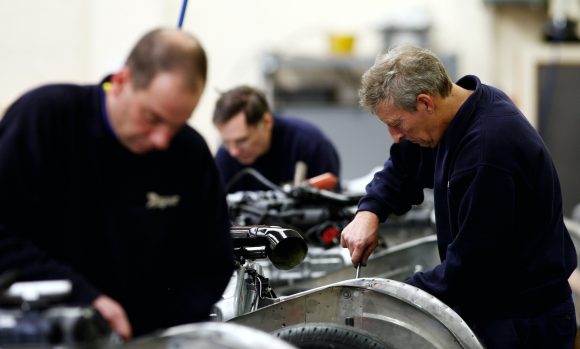 Manufacturing in the UK as a whole enjoyed its swiftest output rise for more than six years in August – in sharp contrast to July’s 20.8 per cent drop in car production.

New figures out today (Sep 1) show that with companies resuming work after the easing of lockdown restrictions, the IHS Markit/CIPS manufacturing purchasing managers’ index (PMI) recorded a score of 55.2 for August, which was up from 53.3 in July – anything above 50 is regarded as an expansion.

However, last week the SMMT revealed that UK car manufacturing fell by nearly 21 per cent in July, as reported by Car Dealer, with chief executive Mike Hawes saying the outlook was ‘deeply uncertain’. August’s car production figures will be released at the end of September.

Despite the rise in overall production, firms have continued cutting jobs to reduce costs and steady finances.

‘Output expanded at the fastest rate in over six years as new work intakes rose to the greatest extent since November 2017, led by an upturn in domestic demand and signs of recovering exports.’

He added that the survey showed that business optimism also remained ‘encouragingly robust’.

Optimism was firm as manufacturing production expanded thanks to solid growth in consumer and investment goods.

However, firms reported significant job losses for the seventh consecutive month, with manufacturing employment dropping ‘at one of the steepest rates during the past 11 years’.

Duncan Brock, group director at the Chartered Institute of Procurement & Supply, said: ‘It seems the sector may be experiencing a V-shaped recovery with the fastest rate of growth in the manufacturing sector since May 2014.

‘However, amidst this positivity, the elephant in the room remains the poor employment figures.

‘The drop in job numbers in August makes this feel more of a rebalancing strategy than real recovery.’