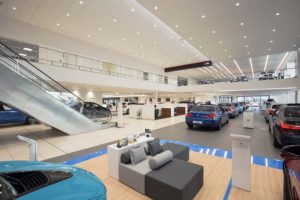 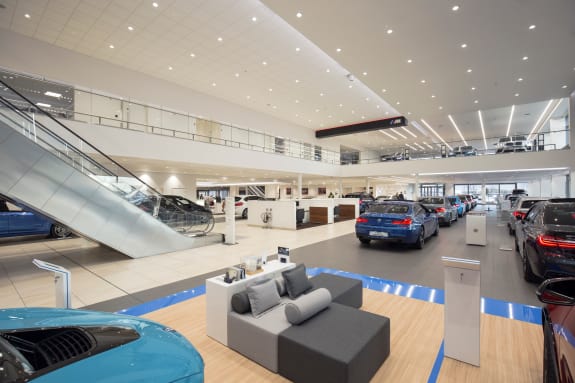 A 200,000 square-foot dealership dedicated to BMW and Mini has been opened in Sheffield.

The dealership, which is being operated by Sytner Group, replaces a previous BMW site located in the centre of the city, and a Mini franchise that sat within a mile of the new location.

The new dealership, which is situated just a mile away from the popular Meadowhall Shopping Centre, is the largest UK franchise currently held by the German marque, with room for 250 cars across the three-storey facility. Of those cars, 140 will be new and used BMWs, while 110 new and used Minis will fill out the remainder of the site.

In addition, a dedicated ‘M Sport’ zone will be featured in a BMW dealership for the first time in the UK, as well as specification lounges and four private handover bays.

A 42 bay aftersales accommodation area will be utilised for new customers and those who purchased their cars in the previous establishments, while a 15,000 square-foot workshop will be home to an array of BMW engineers and technicians.

Sytner Sheffield managing director Nigel Marsh spoke highly of his team as the new site opened for business: ‘My loyal team have been looking forward to moving into our outstanding new facility, and the smile on their faces as they work within it makes the wait well worthwhile. We have members of the team who have been with us over 45 years, embracing change like the newly employed graduates.’