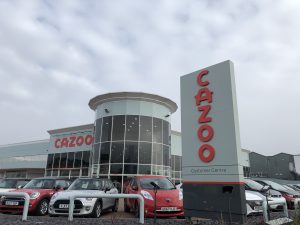 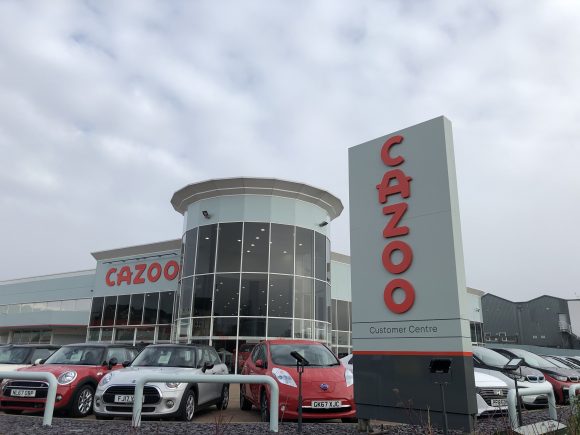 Car industry experts have been left scratching their heads as it was revealed relative motor trade newcomer Cazoo is aiming for a £5bn valuation in a public float.

News leaked yesterday that the online used car dealer – which made a loss of £19m in 2019 – is in talks with banks to investigate a public flotation, either in London or New York.

The valuation will make founder Alex Chesterman – the man behind Zoopla and Love Film – £1.6bn richer if it achieves the figure, reports the Telegraph.

The Daily Mail is also set to cash in to the tune of £1bn. Shares in the paper’s owner leapt by a fifth yesterday on news the second-hand car dealer it invested in could seek to float later this year.

The Daily Mail and General Trust owns 20 per cent of Cazoo.

The valuation has baffled industry executives and experts with many questioning how it can be worth more than publicly listed dealer groups like Lookers, valued at £160m, and Pendragon, at £200m.

While both of those groups have had their problems, they still hold a large amount of fixed, tangible assets.

‘It goes back to the dot com days where the hype was greater than reality. If the same valuation levers were applied to say Lookers they would be trading at £12bn and Tony Bramall would be a happy investor.’

He said: ‘If he [Alex Chesterman] pulls this off he is an absolute genius! Good luck to those shareholders who back it when the chickens come home to roost.’

Mike Jones, ASE Global chairman and compiler of the Car Dealer Top 100 list of most profitable car dealers, said he thought the valuation was ‘very aggressive’ and pointed out it would give it a market valuation above Auto Trader.

In a statement, Cazoo told Car Dealer that it was one of the ‘UK’s fastest growing businesses’ and has made revenues of £160m in its first year.

In November, Chesterman said that Cazoo had ‘no need to raise capital’, but that the firm was thinking about a listing at some point.

Car Dealer has been promised an interview with Chesterman in the coming weeks. Since the business was launched, he has not spoken to this publication. 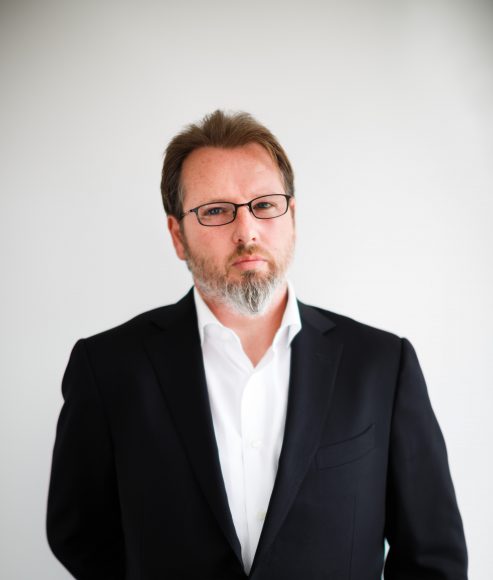 Peter Waddell, founder of rival online used car dealer Carzam, which says it is on target to sell 21,000 cars in its first year, joked he’d take ‘£4bn from anyone today’ in social posts.

CarCondor’s William Gomes said: ‘Cazoo’s valuation had us looking into our data to see who is actually the fastest growing dealer in the UK and it’s actually Cazoo’s rival Carzam.

‘Even though they only started at the end of 2020, their growth since their start has been the largest in the industry. Growing their market share and sales, month on month more than any other dealer in the UK.

‘It’s still early days for all three of the main online competitors, so the race is still early to call. But we believe more attention should be being paid to Carzam.’

Investors could be attracted to Cazoo’s flotation thanks to the whopping valuations of similar US businesses.

Carvana, the US used car start-up which sells cars out of vending machines in America that are ordered online, has grown hugely in value since floating – its value has soared from $2bn at launch to $52bn since it went public in 2017.

Carvana lets customers complete a deal on its website in under 10 minutes and in 2019 sold 200,000 cars. It says it ‘sees a path to two million’ used car sales a year.

That purchase followed it buying subscription service Drover in December and Imperial Car Supermarkets in July.

Chesterman previously launched other successful tech companies such as Zoopla and Love Film. In 2018, he made £61m when the property listings platform’s parent company ZPG was bought for £2.2bn.