Former online-only used car dealer Cazoo has been accused of making a ‘huge U-turn’ as it moves away from selling cars purely online to set up physical sites.

Cazoo, launched by Zoopla founder Alex Chesterman, has so far raised more than £200m from investors with a promise to ‘revolutionise the car buying process’ with its ‘disruptive’ model.

Designed to be an online only used car dealer, selling cars on its website and delivering to customers’ homes, the business recently snapped up Imperial Car Supermarkets.

Cazoo – recently valued at £800m – is now busy closing sites and setting others up as ‘customer centres’ around the UK.

Sources have told Car Dealer that they believe the U-turn came after Chesterman baulked at the preparation costs he was being charged by external companies to ready his cars for sale and the realisation that some customers still want to visit dealerships.

It is believed Cazoo has run down and mothballed around seven Imperial sites since the purchase in July with cars disappearing from forecourts.

One of Imperial’s first dealerships in Swanwick, Hampshire, was empty when Car Dealer visited recently and there have been similar reports from across the country.

It’s the same story for Imperial’s smaller dealers – branded Carsaz  – which sold older models that were outside of the Imperial stock profile.

One in Titchfield, Hampshire, was shut completely this week with no cars on display and others are believed to have followed suit.

‘Cazoo has raised more than £200m from investors who are probably now thinking what is different between this company and other dealers,’ said one car dealer boss who didn’t want to be named.

‘It’s a huge U-turn. For months Cazoo have been saying online is the future, but here they are buying a car supermarket group and doing what we all do.’

Car Dealer exclusively revealed that Cazoo had bought Imperial Car Supermarkets in July and since then the firm has been making radical changes.

It is thought Cazoo was interested in the acquisition to get its hands on stock and has also cherry picked sites to become ‘handover centres’.

At the end of July, it was reported that consultations had begun with 300 Imperial staff at risk of losing their jobs.

A number of marketing and sponsorship deals set up by Imperial Car Supermarkets prior to the Cazoo takeover are also believed to have been axed.

Branding has gone up on a site in Manchester which was formerly occupied by Swansway Honda.

David Kendrick, partner at UHY Hacker Young, posted a picture of the site on LinkedIn and suggested it must be costing Cazoo at least £300,000 per year in rent.

He said: ‘Does this suggest the pure click and buy used car model doesn’t work? Is the market ready? National delivery costs proving too expensive on such a low margin product?

‘Many unanswered questions in a very exciting and evolving space.’ 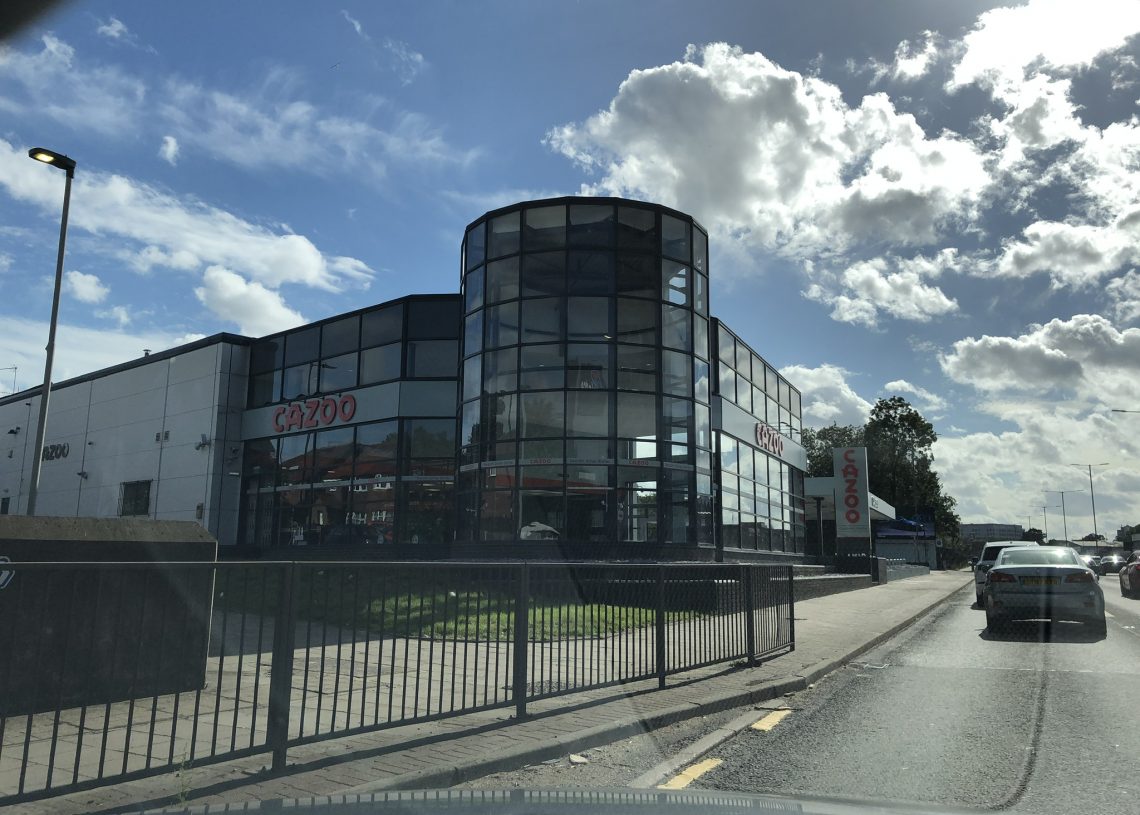 Additionally, a Cazoo site has sprung up on the side of the busy North Circular road in London.

Car Dealer’s spies noted that the site near Wembley, which was previously used by a local Mercedes-Benz dealer, has had Cazoo’s branding applied in the past two weeks. 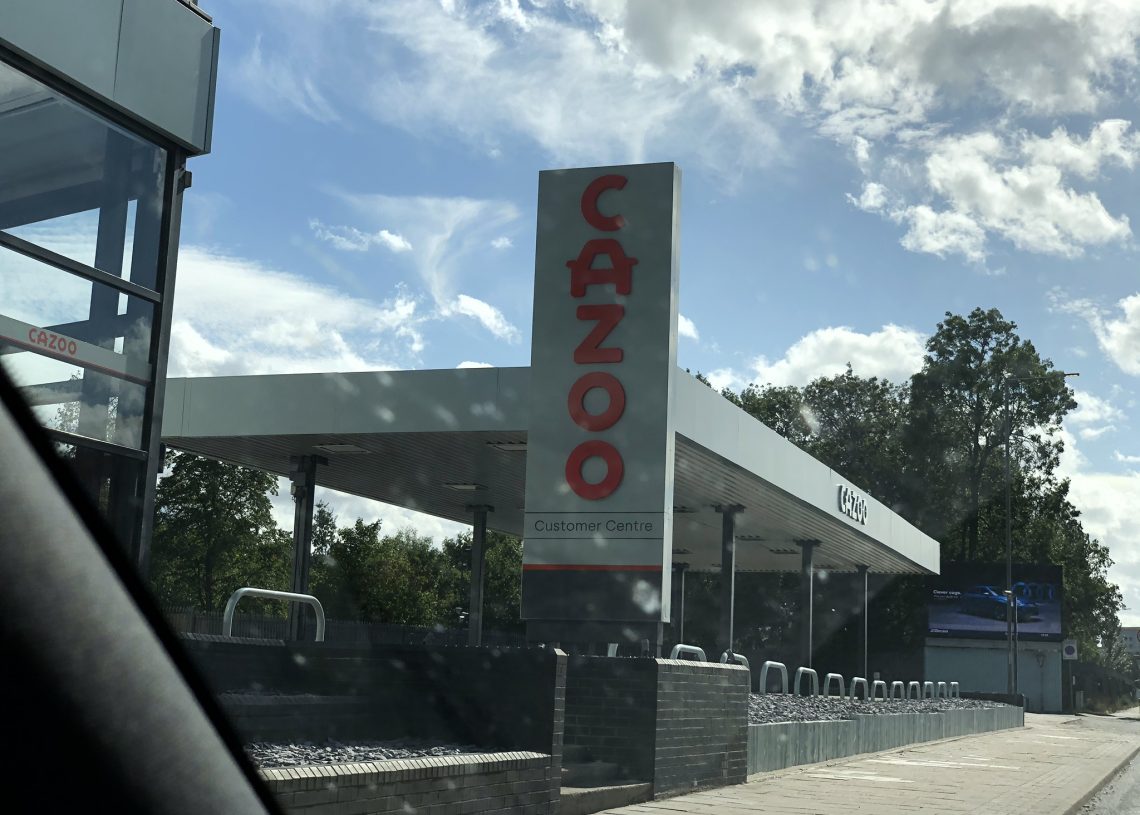 The site near Wembley is branded as a ‘Customer Centre’. Credit: Blackball Media

He said: ‘I can’t believe it was in their plan to invest in bricks – so basically a failure. The one to watch is Carzam, who are taking an already slick operation digital with a relatively slim organisation.

‘Cazoo didn’t get any of my investment. With every crowdfund the investment diminishes. The claimed value at £800m is ludicrous as it is clearly burning cash and indications are that they will require even more investment.

Car Dealer contacted Cazoo for comment but did not receive a response.

This story was originally published on August 22, 2020