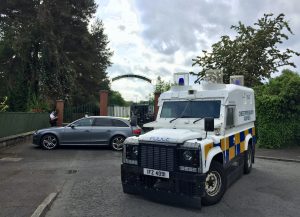 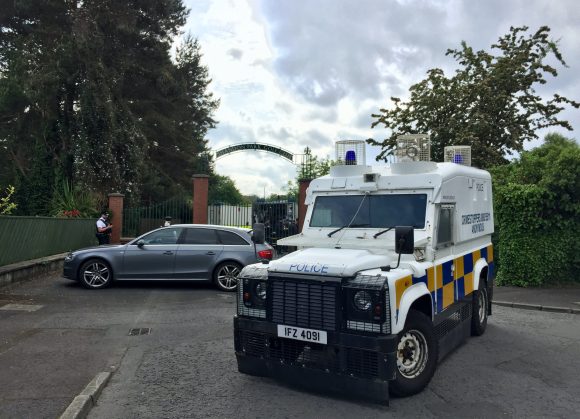 A used car dealer in Dublin has been found guilty of IRA membership after supplying a vehicle for a dissident operation to plant a bomb under a police officer’s vehicle.

Robert O’Leary, of Clancy Road, Finglas, claimed in interviews with detectives that he would never get a car for the New IRA and then when in court denied membership of an unlawful organisation, the Irish Times reported.

Giving his judgment to the Special Criminal Court in Dublin on Monday (Sep 7) after a hearing at a three-judge court in July, presiding judge Mr Justice Tony Hunt said the Skoda Octavia sold by O’Leary had been used in IRA activities.

It was first used to scout around the area of the PSNI officer’s Belfast home and later it stopped near the house for a few minutes while the bomb was planted under his Jeep Cherokee.

The device was spotted while the car was at Shandon Park Golf Club (pictured) in Belfast on June 1, 2019.

The court was told that O’Leary, 42, had invented a buyer so there was no link between the car and him.

Mr Justice Hunt added that CCTV footage showing the silver Octavia driving around the officer’s home meant the court could be sure the alleged purchaser didn’t exist.

The used car dealer described himself as a ‘bit of an Arthur Daley’ in interviews with the police and said detectives were ‘barking up the wrong tree’.

During the July hearing, Paul Greene SC, for the prosecution, said evidence would show the Octavia had previously turned up in the used car dealer’s yard in May 2019 and that O’Leary had allegedly altered the log book with an ‘untruthful address’.

The barrister also stated that the accused would say he sold the car to a ‘stocky man, in his sixties’ for €700.

O’Leary told the police he bought the Octavia for €750 and liked ‘to flip cars for as little as €200’ as his main business was bodywork repairs.

He was remanded on bail until October 5 for sentencing.