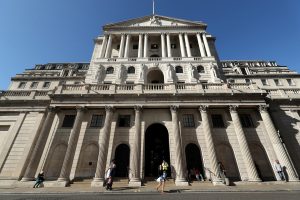 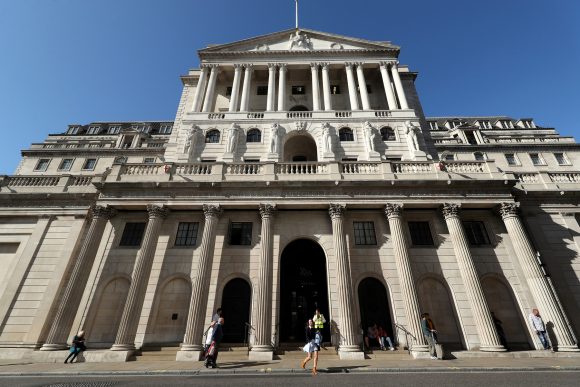 The coronavirus vaccine roll-out has boosted the outlook for the UK economy, says the Bank of England.

However, the tough tier strategy across the country that is restricting some businesses and created uncertainties could have an impact on growth.

The Monetary Policy Committee voted unanimously to keep rates unchanged at 0.1 per cent at its final meeting of the year yesterday.

The Bank said that it expects a less severe contraction of just over one per cent in the fourth quarter as the economy has shown resilience despite the second lockdown in England.

But it warned over uncertainties posed by a no-deal Brexit as the UK remains locked in 11th hour talks to break the deadlock.

It signalled that further monetary policy action could be on the way in the case of a no-deal Brexit, saying its tolerance had increased for an overshoot of inflation.

The Bank also cautioned that tougher restrictions brought in since the second lockdown – including placing Greater London and other pars os southern England into Tier 3 – would mean a bigger-than-expected economic hit in December and weigh on the first quarter.

The Monetary Policy Committee’s meeting saw it vote unanimously to hold interest rates at 0.1 per cent, while it also kept the Bank’s quantitative easing (QE) programme at £895bn.

The Bank said: ‘The outlook for the economy remains unusually uncertain.

‘It depends on the evolution of the pandemic and measures taken to protect public health, as well as the nature of, and transition to, the new trading arrangements between the European Union and the United Kingdom.’

It added: ‘The positive news on vaccine trials, and plans for widespread rollout, were likely to support future UK and global activity.

‘This would be expected to reduce uncertainty about the path of the economy, supporting future spending by households and companies.’

Bank policymakers will be watching the Brexit talks intently and economists say the Bank could launch emergency action before its next meeting in February if a deal is not reached.

In the December minutes, the Bank said: ‘Compared with previous periods during which non-negotiated Brexit outcomes had been possible, the economy was starting from a weaker position with greater spare capacity, increasing the committee’s tolerance for a temporary overshoot in inflation.’

Samuel Tombs at Pantheon Macroeconomics said this was the ‘clearest indication yet that it would ease monetary policy further, in the event of no-deal’.

Earlier this week, the SMMT chief executive warned again of the huge impact no-deal would have on the car industry. Mike Hawes said a deal needed to be agreed ‘without further delay’.

He said: ‘UK vehicle production is export led, therefore tariff and quota free trade with all our major overseas partners is absolutely critical and the priority now is for negotiators to agree a deal with our biggest market by far, the EU, without further delay.’