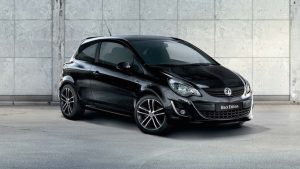 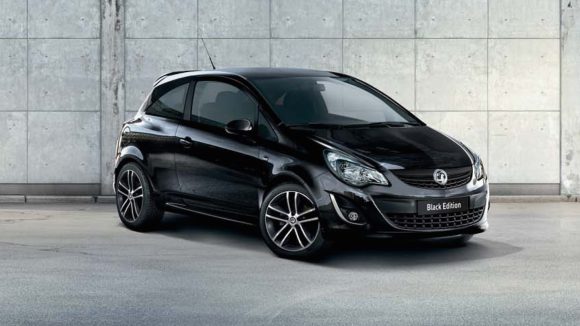 INTERNAL Vauxhall documents leaked to Car Dealer Magazine have revealed official dealer guidance in the wake of the latest fire scandal to hit the manufacturer.

The files require that dealers ensure all customer-facing and call centre staff are appropriately briefed to answer customer questions that may result from last night’s broadcast of BBC One’s consumer affairs show Watchdog.

Guidance issued by Vauxhall to dealers include reassuring customers that the issue is unrelated to the fires affecting the Zafira B, applies only to Corsa D models with the 1.4 Turbo engine and is part of an ongoing safety recall since April 2016.

The manufacturer is already reeling from the effects of the Zafira fire issue, which saw Vauxhall’s market share shrink by more than six per cent over the summer.

It’s not the first fire issue to affect the Corsa either, as more than 200,000 Corsa C models were recalled in 2007 following yet another Watchdog investigation into fires caused by water penetrating the ABS unit and causing electrical shorting.

The issue with the Corsa D seems to be related to water ingress as well. A safety recall issued in April 2016 for 2,767 cars built by Opel at Eisenach in Germany centres on the potential for a short circuit in the vacuum pump relay box because of water. This design is specific to the 1.4 Turbo Black Edition, so the issue ought to be confined to that model alone.

Vauxhall’s documents also seek to give representatives information designed to head off consumer questions on the issue. We can exclusively reveal that in the guidance the manufacturer stresses that many of the Zafira fires didn’t come to light until after media interest as insurance companies aren’t required to notify carmakers of fires, that there are more than 18,000 vehicle fires each year and that only two of the nine cases investigated by Watchdog and Vauxhall involved a vehicle fire.

Vauxhall issued the following statement to Watchdog: ‘Customer safety is of the utmost importance and we take any report of fire very seriously.

‘Fires can occur for a wide variety of reasons and it’s worth noting that, on average, there are 18,000 vehicle fires a year across all manufacturers in the UK.

‘Vauxhall Corsa D is one of our most popular models, with over 700,000 sold in the UK between 2006 and 2014. Earlier this year we identified a potential fire-related issue with a specific Corsa D variant equipped with the 1.4 Turbo petrol engine. Nine cases had previously been reported to us, which we investigated, two of these had resulted in a fire. A safety recall to address this issue was initiated in April 2016 for the 2,767 vehicles affected.

‘When customers report a fire to us we explain that an inspection may be necessary but that we need the permission of their insurance company before we can proceed. This avoids the risk of the customer’s insurance policy being invalidated.

‘Our preference is to conduct a joint investigation with the customer’s insurer but for a variety of reasons this is not always possible. For example, in some cases the insurance company has already conducted an investigation, in other cases the vehicle may have already been scrapped.

‘Following the Zafira B issue we strengthened our processes but even so it is not always possible to arrange an inspection.

‘When an inspection is possible the destructive nature of fire can make the process of identifying a pattern of fires with a common root cause very challenging.

‘It’s also worth bearing in mind that manufacturers frequently do not get to hear about fires in their vehicles. We found with Zafira B, for example, that many cases only emerged after media reports in October 2015. Some of these dated back several years.

‘Better access to vehicle fire data could help manufacturers with early detection of safety issues. We are therefore working through our industry body to understand how manufacturers can gain access to data in order to build a more complete picture of potential issues.’

On SuperUnleaded.com: New Lock For Two-Wheelers Deters Thieves… By Making Them Throw Up