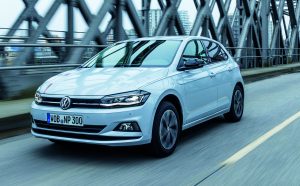 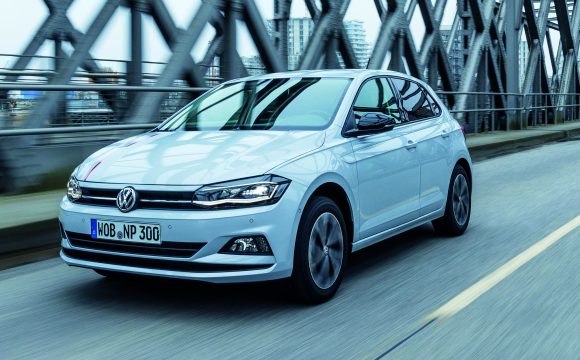 The new Volkswagen Polo has been built on a new architecture for the model — VW Group’s MQB AO  platform. Thanks to a longer wheelbase, the Polo has a more brash stance. The new platform  also means a more spacious car, with luggage space up from 280 litres to 351 litres.

Several engine options are on offer, including a 1.0-litre TSI with 94bhp, which we drove. There’s also a 1.0-litre MPI engine available with 64bhp or 74bhp. Two 1.6-litre diesel engines will be added to the range, producing 79bhp and 94bhp.

Prices have yet to be announced, so it’s hard to judge how much bang you’re getting for your buck. However, the Polo is generously equipped, regardless of the chosen trim level. The Beats version we tested came with 16-inch alloy wheels, partial leather interior, full colour infotainment system with Bluetooth connectivity, rear tinted windows, body decal stripes and the main attraction of the Beats version: a 300-watt sound system.

The Polo excels at city driving. Light steering, great visibility and loads of safety features make cruising around urban areas a dream, and the powertrain easily took everything thrown at it. Sadly, it began to unravel a little over longer periods of driving. It’s not an unpleasant experience spending more than an hour in the car, but the lack of seat support is soon noticed.

What Car? said: ‘Volkswagen has succeeded in making the new Polo comfortable, good to drive, quiet on the move and classier to spend time in than all of its rivals’. Car Magazine said: ‘It’s good, but it’s not yet great.’

The new Polo is sensational for a little urban runabout, but although it’s certainly capable of longer distances it could grow tiresome for anything more than a couple of hours. VW will no doubt sell many when it lands in the UK but can it challenge the Fiesta for the supermini crown? Time will tell…