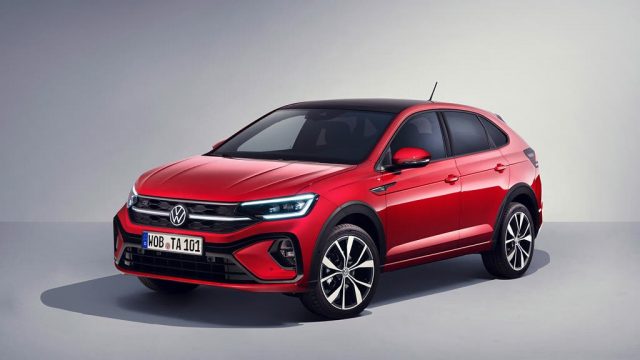 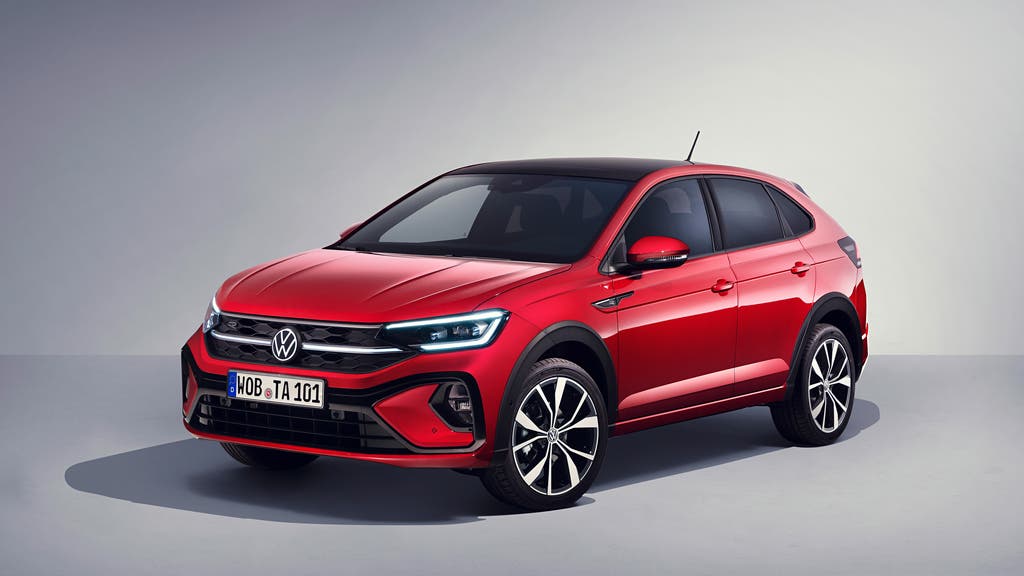 Volkswagen has revealed its new entry-level SUV the Taigo.

The new compact model will be VW’s first coupe-style SUV in Europe and is based on the Brazillian-built and designed Nivvus – but re-engineered for the European market.

The Taigo is larger than the T-Cross and based on the same MQB A0 platform as the Volkswagen Polo, and will be made on the same production line in Pamplona.

Despite its coupe roof, Volkswagen promises an impressive interior space and a 438-litre boot.

Its engine range is expected to share what’s available in Polo and T-Cross too, with turbocharged petrol engines ranging from 94bhp to 148bhp.

Although it’s something often seen on more premium cars in the Volkswagen range, the Taigo will have LED lights stretching across the full rear of the car.

Matrix headlights will also be fitted on high-spec models and there will be a choice of two-tone colour schemes.

The Taigo will receive all of Volkswagen’s latest technology inside, with digital dials and a 9.2-inch touchscreen.

Prices haven’t been announced yet but it’s expected the Taigo will undercut the T-Cross and therefore will start from around £20,000.