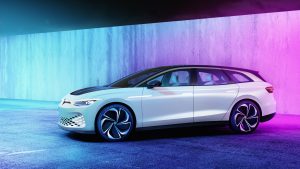 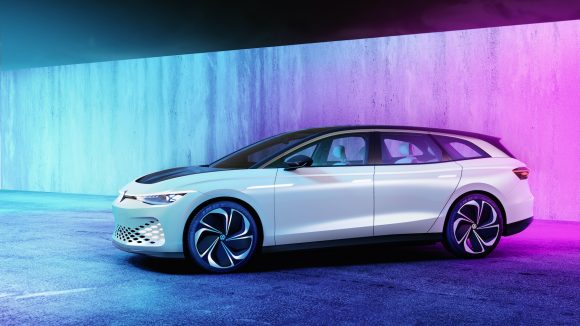 Volkswagen to expand electric car range with ‘ID.6’ saloon and estate models in 2023

Volkswagen will expand its pure electric ID. range with a new saloon and estate car in 2023.

The two new models – currently referred to as ‘Aero1’ internally and previewed by the ID. Space Vizzion concept car, pictured – are likely to be called ID.6, according to Autocar, and will become the fifth addition to the German brand’s all-electric ID. range.

The ID.6 models will be roughly comparable in size to the current Passat, and the saloon will rival the forthcoming BMW i4 and Mercedes-Benz EQE.

They’ll be built on Volkswagen’s dedicated electric MEB platform, and will follow up on the ID.3 launched this year, the recently revealed ID.4 SUV, the coupe-SUV ID.5 that’s due for launch next year and the production version of the ID. Buzz MPV.

Just like other ID. models, the two new cars will feature a choice of battery sizes with the biggest likely to be an 84kWh pack, which should give around a 430-mile range.

The ID.6 is thought to be capable of charging at speeds of up to 200kW, meaning around 140 miles of range could be added in as little as 10 minutes.

China will more than likely be a large market for the models, especially the saloon, when they both arrive in 2023.

Both models will be built at VW’s Emden plant which currently builds the Passat and Arteon.

As Car Dealer recently reported, the factory is undergoing a large scale overhaul to allow up to 300,000 electric vehicles to be built annually by 2023.