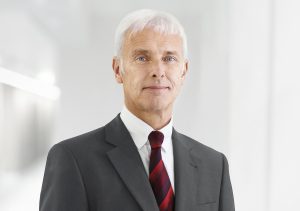 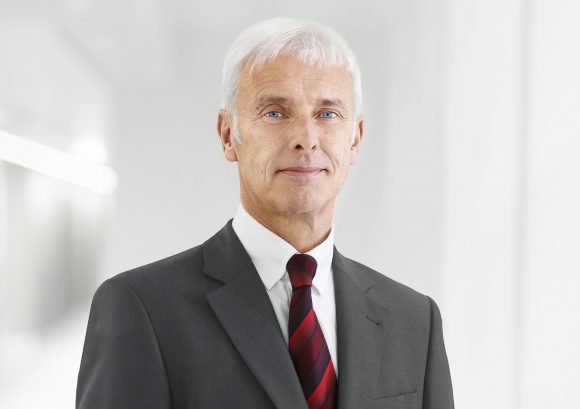 VOLKSWAGEN could yet merge with Fiat Chrysler, the German manufacturer’s boss has revealed.

This appears to be a U-turn from last week at the Geneva Motor Show, where the international news agency said Müller had told it: ‘We are not ready for talks about anything. I haven’t seen Marchionne for months.’ But at yesterday’s news conference, he said: ‘I am not ruling out a conversation.’ And The Times reported him as saying: ‘We are more open on that account than we used to be previously.’ However, he tempered that by adding it had ‘nothing to do with FCA specifically’.

Marchionne is known to favour mergers in the car industry as a cost-sharing exercise to produce vehicles that are cleaner as well as more technologically advanced, and following the announcement that the PSA Group is to buy Vauxhall and Opel, he has made it plain through media outlets that he is keen to hook up with VW, which prompted Müller to say last week: ‘It would be very helpful if Mr Marchionne were to communicate his considerations to me too and not just to you.’

And Müller added yesterday: ‘I am pretty confident about the future of Volkswagen, with or without Marchionne.’

Although it became the world’s largest carmaker last year after its 12 brands shifted 10.2 million vehicles between them, the Dieselgate scandal saw VW post a 10 per cent drop in operating profit to €1.9bn (£1.75bn), with its profit margin dipping by 0.2 percentage points to 1.8 per cent.

Müller stated that 5.5 million diesel vehicles had had their exhaust cheating sorted so far, and that it aimed to have had all 11 million of them fixed by this autumn. And he added that VW’s future was more and more linked to electric vehicles. The Times reported him as saying: ‘Volkswagen needs to transform. Not because everything in the past was bad but because our industry will see more fundamental changes in the coming 10 years than in the past 100 years.’

MORE: Two million British VW customers could be eligible for a payout

MORE: Judge approves $1.2bn settlement for VW dealers in US

MORE: Volkswagen AG to plead guilty in US court

On SuperUnleaded.com: Driver Overcorrects – And Lands On Roof Of House