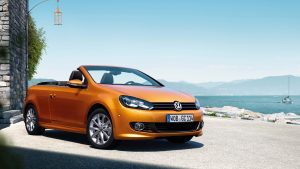 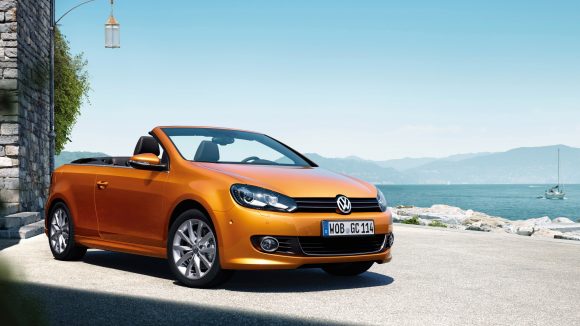 VOLKSWAGEN has axed the Golf Cabriolet just a year after the updated 2016 version was launched.

According to Volkswagen, the model has come to the end of its lifecycle and production at the company’s Wolfsburg factory has ceased.

The manufacturer has said this decision ensures that the plant has enough production capacity to keep up with demand for the new Tiguan.

It seems unlikely that a replacement will be coming any time soon, as VW has suggested that customers looking for a four-seat convertible will be pointed in the direction of the Beetle Cabriolet.

‘The Beetle Cabriolet is now our convertible solution for that market segment,’ said a UK spokesman.

However, a spokesman for VW in Germany would not rule out the possibility that a soft-top variant may be offered again when the eighth-generation Golf arrives in 2018.

‘At the moment, there are no plans to replace the Golf Cabrio, but the new Golf – the Golf MkVIII – comes in 2018. I can’t say anything after that,’ he said.

The Golf, which is not only the most popular Volkswagen but also the third most popular car on sale in the UK, sold almost 73,500 units in Britain during 2015, but only a small fraction of these were convertibles.

MORE: Your questions answered live by a panel of legal advisors

On SuperUnleaded.com: Viewers From 100 Countries Apply For Whitby’s The Grand Tour Tickets