Two issues against Carwow and one against Motorline were investigated by the authority (ASA).

On June 28, 2018 the website carwow.co.uk featured a listing for a Ford Mondeo with a recommended retail price (RRP) of £24,195, while a TV ad seen on September 12, 2018 included the claim that ‘buyers save an average £3,600’. Text on the bottom right hand of the screen read ‘Savings against RRP’ (recommended retail price). 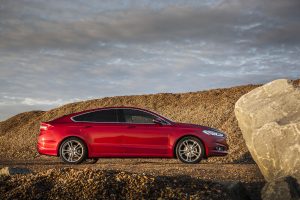 A Ford Mondeo similar to the one on the Carwow website

In response, Carwow said the RRPs on its website were provided by Cap HPI, which gathered and sold data from vehicle manufacturers, the Driver and Vehicle Licensing Agency, and other sources. It said its RRPs were updated automatically as the price lists held by Cap HPI updated, and added that the discrepancy arose because Ford had displayed an older model but provided Cap HPI with the RRP for the newer model.

Carwow also provided a link to a web page showing how the average saving quoted in the second ad was calculated. The page featured text that read ‘Savings are always shown against the Manufacturer’s [RRP] for the model’.

Meanwhile, the ASA said an email from Motorline Toyota Bromsgrove received on October 24, 2018 was headed ‘The Motorline Price Fall Event 25th – 29th October 2018. Save up to £6,535 on pre-registered, nearly-new cars’. Beneath it was an image of a Toyota C-HR Hybrid, accompanied by text stating ‘Nearly-new…10 miles…MRRP £28,395 Now £22,491 Save £5,904’. The complainant, who was told that the advertised car wasn’t available at the stated price at the Bromsgrove branch, challenged whether the ad was misleading. 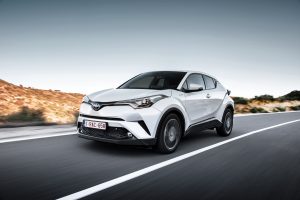 Motorline Ltd, trading as Motorline Toyota Bromsgrove, said it had spoken to the complainant and sold them a car similar to the one they were originally interested in. However, the ASA said the dealership didn’t give ‘a substantive response’ regarding the complaint.

In both cases, the watchdog upheld the complaints, saying the adverts were misleading and shouldn’t appear again in those forms.

Motorline was also told not to advertise vehicles unless it could prove that they had been available to buy, while Carwow was instructed to ensure that future references to RRPs reflected the price at which the products were generally sold and that future average savings claims against RRPs used the price at which the relevant vehicles were generally sold across the market.

A Carwow spokesperson said: ‘We are deeply disappointed by the decision that has been reached by the ASA on this matter.

‘We fully support the self-regulatory system, but regrettably, on this occasion we strongly believe that the ASA has come to the wrong conclusion and one which departs from its previous decisions. We are therefore going to be asking the Independent Reviewer to look at this matter again.

‘The Carwow website uses the data supplied by an independent third party to verify the RRPs or list prices set by manufacturers. By making those prices available to consumers, we provide transparency and price confidence as consumers are able to see a range of offers available and ensure fair competition between our dealer partners.

‘We are incredibly proud of our reputation as a consumer champion, helping UK drivers to secure great deals and acting with transparency at all times. We hope that the ASA will, in due course, recognise that the use of verified RRPs serves the best interests of consumers in the car market.’