The Car People rapped over ‘specialists’ claim in advert

A CAR supermarket has been censured over a website advert that said its vehicles were checked by eight specialists.

A website for The Car People that was seen last November stated: ‘All our cars are quality checked by 8 specialists’.

However, the used car dealership, which has branches in Manchester, Warrington, Wakefield, and Sheffield, was taken to task by the Advertising Standards Authority after it was revealed that a customer didn’t get a reply to a request for information about which specialists had looked at their car. The complainant therefore challenged whether the ad was misleading and could be backed up. 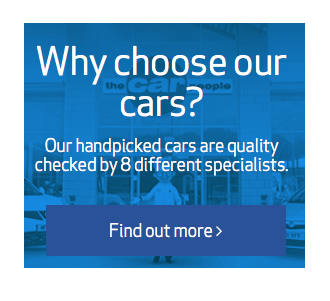 The Car People said all its cars were checked by eight specialists: buyers who chose the cars, inspectors who checked cars on arrival, road testers who tested the vehicles after they had completed mechanical checks, cosmetic repairers, a valet quality check, display checkers who checked the cars before display, a final quality checker who gave the car a once-over to ensure it was ready to be handed over, and a handover team who gave the car a once-over when a customer came to collect the vehicle. 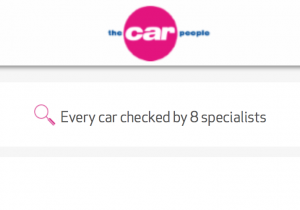 It stated that all relevant staff members would be aware of who the eight specialists were and what checks were involved so that customers could be informed. However, it didn’t provide evidence of which members of staff checked the complainant’s car.

Upholding the complaint, the ASA said today in its ruling that the advert breached its codes on misleading advertising and substantiation.

The ASA said it considered that some of the checks suggested they were done by technical specialists, such as buyers and inspectors. However, consumers would not generally view some of the checks – for example, the handover team’s – as having being done by a ‘specialist’.

Because The Car People did not demonstrate what specialist skills or function that the members of staff who carried out each quality check held, the ASA concluded that the ad was misleading and said it shouldn’t appear again in its current form. It told The Car People Ltd not to state that its vehicles were checked by ‘specialists’ unless it held evidence that they were checked by members of staff with particular expertise in fields that would be viewed by consumers as ‘specialist’.

On WorkshopMagazine.co.uk: Drink-drive mechanic who took customer’s car without permission is given suspended jail sentence