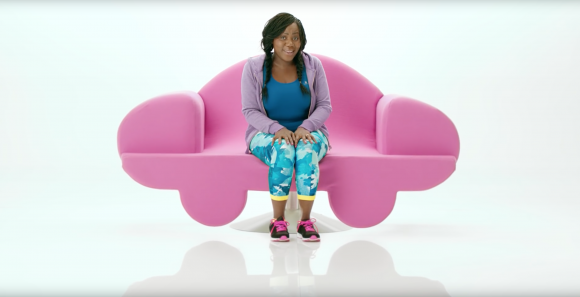 Complaints against We Buy Any Car TV adverts are rejected

CLAIMS that two TV adverts for webuyanycar.com were misleading have been dismissed by a watchdog.

Seen in January and February this year, the first advert featured a man speaking to the camera about how it was possible to save time when selling a vehicle through We Buy Any Car. He said: ‘I’m going to say something radical in this advert for WeBuyAnyCar.com. I might have got more money for my car if I’d sold it privately. Yeah, I said it. But I asked myself, how much do I value my time? Am I gonna put up with all that hassle for a bit more money? Would you?’ The final scene featured a voiceover that stated: ‘Value your time? Enter your reg number now at WeBuyAnyCar.com, the UK’s favourite car-buying service.’

In the second advert, pictured above, a woman spoke to the camera about her experience of We Buy Any Car, saying: ‘Right, brace yourself. This may shock you. I just sold my car with WeBuyAnyCar.com even though I might have got a better price if I sold it privately. Yeah, they just let me say that in an ad for WeBuyAnyCar.com ’cause they know quite a lot of us value our time more than a few extra quid. Do you?’ The final scene featured the same voiceover as the first advert.

A total of 13 people lodged complaints with the Advertising Standards Authority (ASA), saying they believed that the price difference between We Buy Any Car and private sellers could be as much as several hundreds of pounds and challenged whether the claims ‘for a bit more money’ and ‘a few extra quid’ were misleading and could be substantiated.

In response, We Buy Any Car said the phrases didn’t indicate particular quantifiable amounts but instead were common colloquial phrases used to convey ‘more’, and that the claims were in keeping with the overall style and tone of the ads. Pointing out that it had sought advice from the ASA’s own specialist team, it added that the contested phrases couldn’t be read as indicating quantifiable amounts because it handled a large range of cars of different conditions and ages, and said the claims weren’t literal but rather ‘advertising puffery’.

Rejecting the complaints, the ASA said in its ruling today that the adverts weren’t misleading and didn’t breach any codes, so no further action was needed. It stated: ‘We acknowledged that both phrases could be seen as trivialising the price difference between We Buy Any Car and a private sale. However, we considered that the phrases were used in everyday language and would be understood differently depending on the context in which they were used.

‘We noted that both ads were styled in a casual manner with elements of humour and the actor’s tones were informal, which reinforced the light-hearted nature of the ads. We considered that the primary message of the ads was that consumers may value their time more than the price difference between We Buy Any Car and a private sale. In that context we considered that the claims “a bit more money” and “a few extra quid” would be understood only to mean that selling a car through We Buy Any Car would generally result in less money, rather than creating an expectation regarding the likely size of that price difference.’