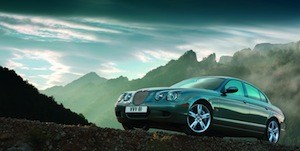 VALUATION expert Glass’s has taken a look at the highs and lows of the premium car sector for the month of November – and there are some surprises.

When looking at the better performers of the past few weeks, Jaguar’s S-Type R is currently one of the most sought-after cars, as values began to increase in November.

According to Richard Crosthwaite, prestige car editor at Glass’s, this trend can be spotted in a number of performance models as buyers seek more for their money and future classic prices begin to increase.

‘BMW 335d variants, especially the coupe, are performing strongly at the moment and are being sought out,’ said Crosthwaite. ‘It is much more rare than the heavily sold 330d, which only adds further to its appeal.’

Similarly, the 2.0T Audi A4 is also in demand, with prices firming. What’s more surprising, the much more common 2.0-litre diesel was cheaper when new, yet currently shows a significant used price premium over the petrol engine which offers a higher output.

Looking at the lower-end performers on the market, convertible values suffer the most in the winter season as predicted. Crosthwaite said: ‘Many manufacturers will now stop selling convertibles until February, because values only then show some resilience.’

Four years after BMW launched its 5 series GT, the model continues to be received poorly and values remain under pressure – even when broadly similar to the standard 5 series saloon, which costs circa £5,000 less when new.

Porsche values continue to rise, showing little or no depreciation over the summer period. ‘This month sees above average falls in most values in reaction to the increased stock availability now coming on stream,’ said Crosthwaite. ‘Unsurprisingly Boxster sees the largest falls, as seasonality takes hold.’