Home > News > Which used cars have been proving hot at auction? 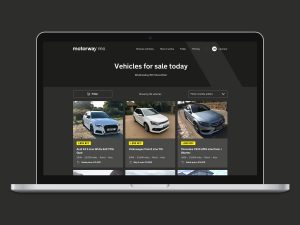 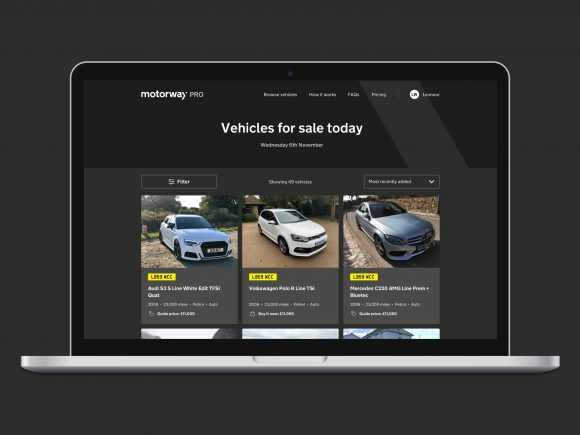 Which used cars have been proving hot at auction?

Before lockdown hit in November, the used car market in the UK had a period of calm before it faced the challenges of showroom closures once again.

To help dealers understand which cars were most in demand last month and which seemed to have fallen out of favour, we took a deep dive into October dealer stock sales on used car marketplace Motorway.

Just like September, the highest stock levels came from cars in the £5-£10k value bracket. It was a real gold mine for value buyers, with some amazing deals to be had across all major brands at lower-end prices.

From Porsche and Audi to Fiat and Nissan, savvy dealers picked up large volumes of stock without breaking the bank. This tier was closely followed by more premium cars in the £10-15k and £15-20k bracket.

But the standout bracket this month was even higher up the scale.

We’re seeing a real boom in the £20-30k value bracket at the moment, with a 27 per cent increase in stock from September.

And as predicted last month, with more stock at this price range on the platform, prices have dropped by two per cent against CAP, allowing for some incredible margin opportunities.

Cars that attracted the most bids in our auctions were in the £40-50k, £50-75k and £75-100k value brackets, demonstrating dealers are as keen as ever to secure higher-value, higher-margin stock for their forecourts.

With plenty to go around for prestige dealers, almost all cars across these value brackets went for CAP or just under, although one flawless Porsche 911 Carrera in the £50-75k value bracket proved so popular that it started a bidding war, finally going for 10 per cent above CAP.

In fact, it was one of the most prolific brands on the platform last month, and the number of car valuations for this marque rose by 10 per cent, as consumers looked to upgrade to newer models.

We also saw bumper stocks of VW, BMW, Ford, Mercedes and Audi, and aside from Mercedes, on average all these brands went for under CAP, allowing for supreme returns.

But which individual car model got dealers in the most frenetic bidding frenzy in October?

In September, it was a Jeep Wrangler, but in October it was actually a van – a Volkswagen Caddy C20 in the sub-£5k bracket – that went for 39 per cent over CAP.

Vans are popular at the moment and this particular van had very low mileage for an 11 plate, making it all the more sought after.

Our van sales have increased a lot recently to meet growing demand from our network of commercial buyers.

Mini, in general, performed very well at auction throughout the month, on average going for three per cent over CAP.

With more people buying used cars as second vehicles to avoid public transport, there’a a real trend for upmarket small cars that let you travel around in style but which still get into those smaller spaces.

Having said that, Porsche also fared well at auction, on average going for two per cent over CAP.

Overall, though, it really was the sub-£5k cars that hit the spot in October – six of the cars in our top 10 were in this value bracket.

From a Vauxhall Corsa and Zafira to a Jaguar X-Type Sovereign and a Ford Focus, dealers were so determined to secure these models that they drove the final price between 20 and 39 per cent over CAP.

Some high-end brands also featured in the top 20 – from Porsche to Audi, BMW and Mercedes across different price brackets – proving no matter how much consumers have to spend, they still aspire to these high-end makes.

This is something to be aware of as dealers look to top up their stock for 2021.

While last month Tesla went for three per cent over CAP, this month that dropped to one per cent.

With the 2030 fuel ban just announced, it remains to be seen if this will have an impact on November and December auction prices.

Cars that failed to hit the mark with dealers in October included a Vauxhall Astra, a Peugeot 508 and a Hyundai Santa Fe.

Whereas the Astra had a disclosed problem with the exhaust and the Santa Fe had very high mileage (73,000 on a 14 plate), which both impacted their prices, the Peugeot 508 didn’t fare well as it’s just not a popular model on our platform at present.

However, despite the flaws, dealers were still bidding against each other to secure this stock. They eventually went for around 70-75 per cent under CAP, so proved to be a good deal for the dealers determined to get them.

Motorway looked at all the vehicles in October 2020 to see which specific ones fared the best at auction, driving the final sale price up and over CAP. 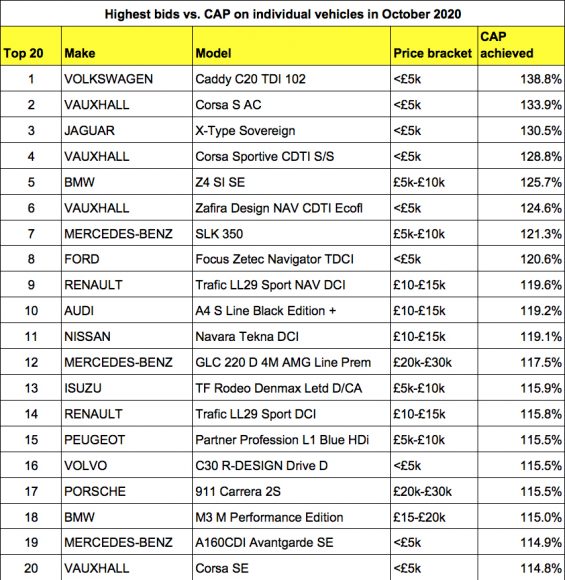 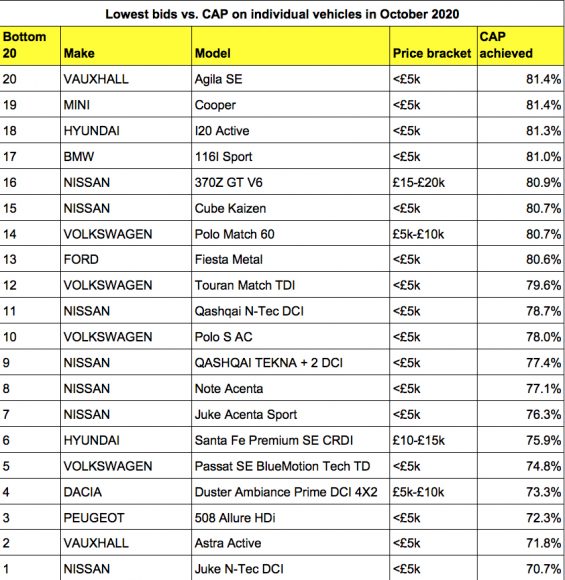 If you want to stay ahead of the competition and buy exclusive, privately owned stock, sign up to Motorway Pro here.

We’ll be back next month to look at how November fared and which cars are ‘hot or not’.