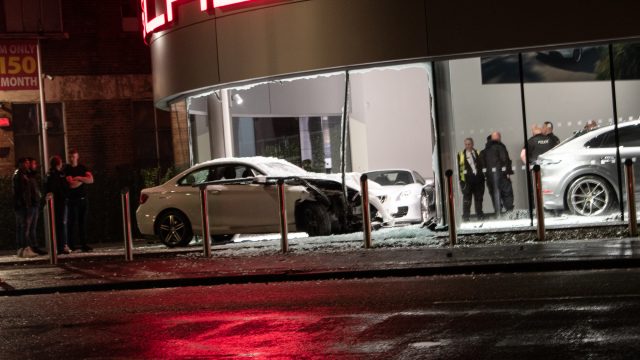 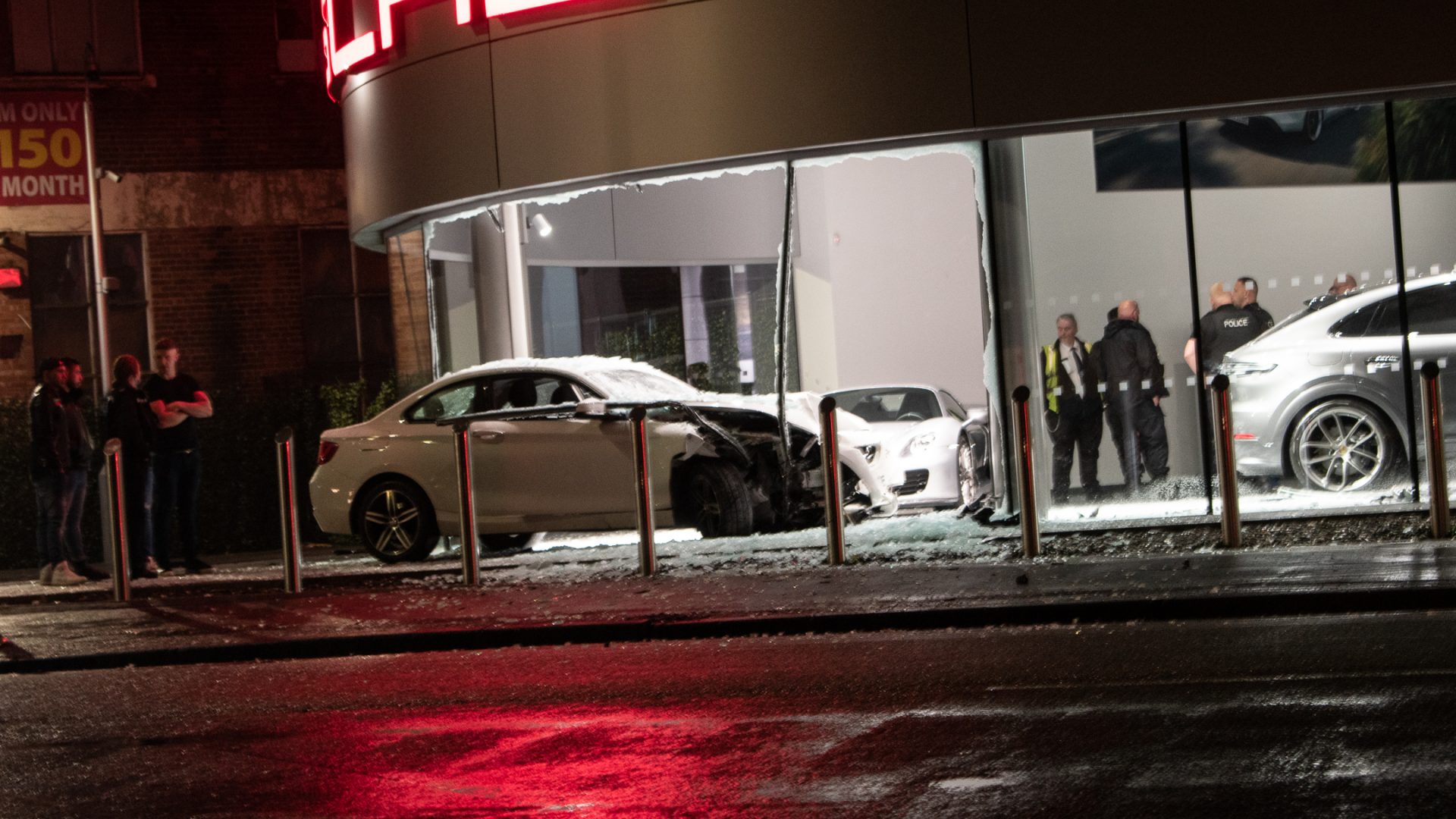 A 23-year-old has been arrested on suspicion of drink-driving after he crashed a BMW into a Porsche dealership on Saturday night.

The incident took place about 10.30pm on August 7 when a white BMW went through the window of the Porsche Centre Preston, which is owned by Bowker Motor Group.

Police were called to the incident on Watery Lane at 10.55pm. 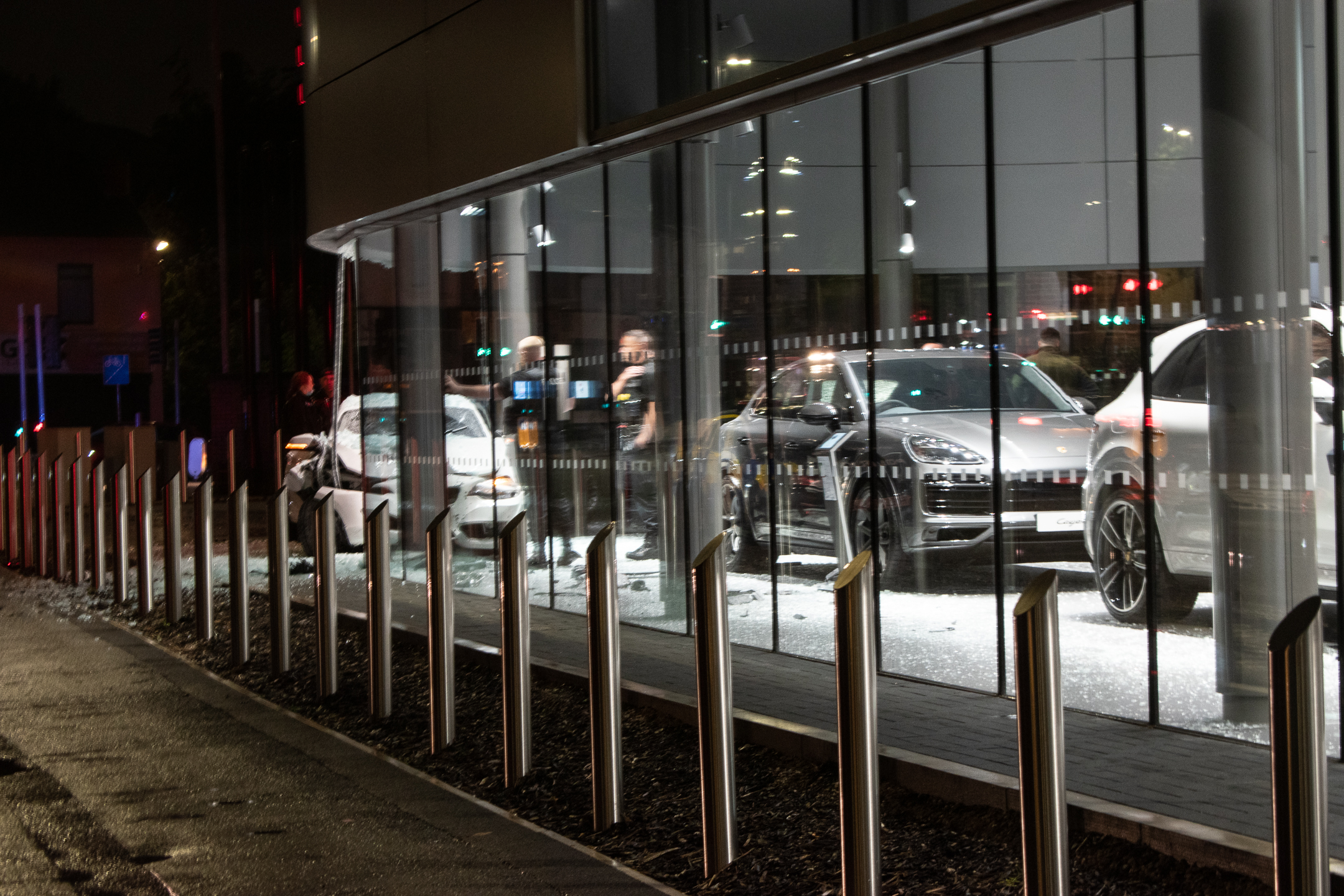 Fortunately, no vehicles were damaged in the collision, according to managing director of Preston Porsche Tom Fox, who said the dealership remained open as usual.

Speaking to the Preston Post, he said: ‘This is a shocking accident. We’re all relieved that no one was seriously hurt.

‘The damage could have been much worse but no cars in the showroom were hit. We are especially grateful to the emergency services for their prompt and professional attention.

‘In the meantime, Porsche Centre Preston is open as usual.’

A spokesperson from Lancashire Constabulary said: ‘We were called around 10.55pm on Saturday (August 7) to a report of a collision in Preston. 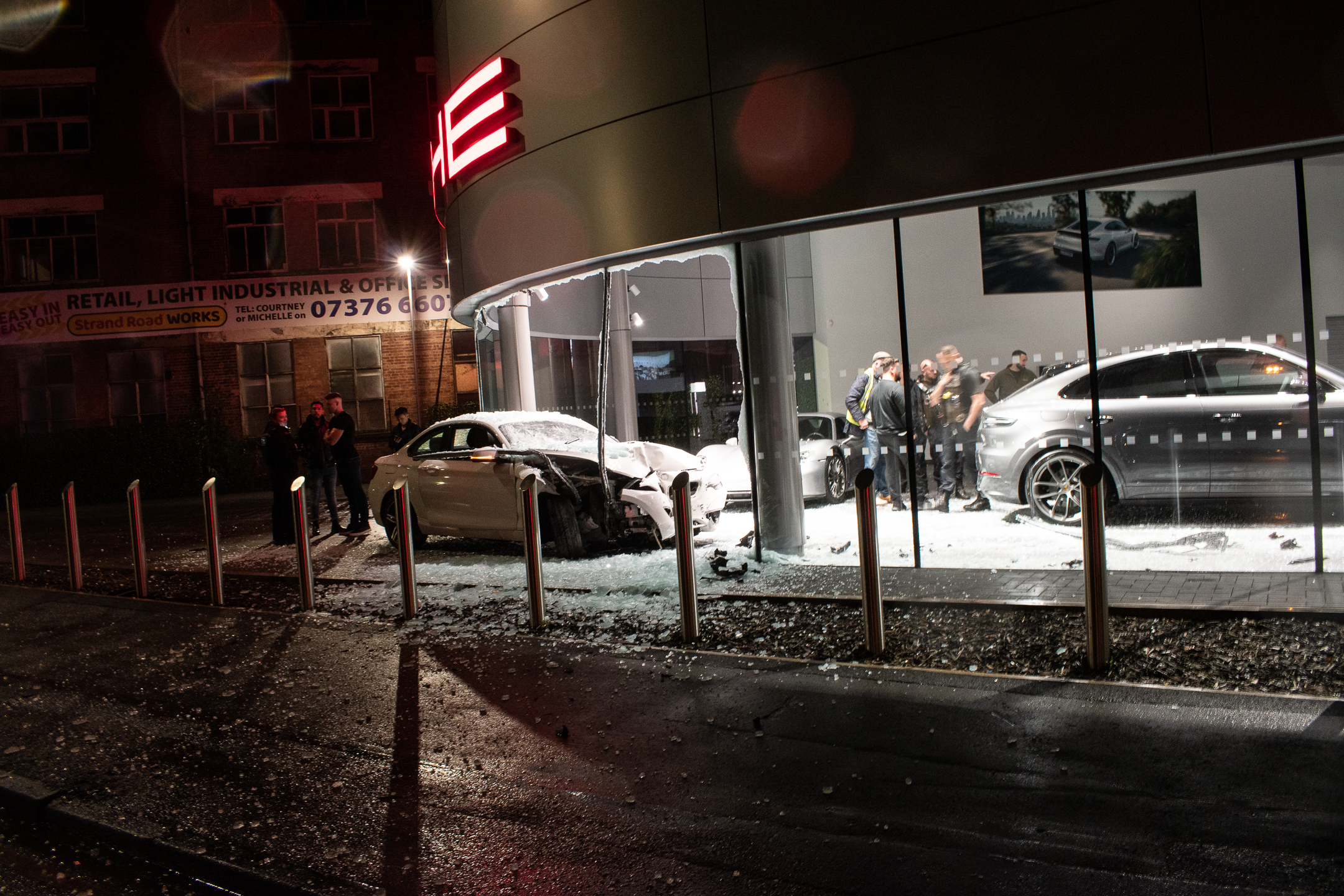 ‘A BMW car had collided with the Porsche Centre showroom on Watery Lane with the driver reportedly making off from the scene.

‘Following inquiries, a man was arrested in the area a short time later.

‘A 23-year-old man from Preston has been arrested on suspicion of drink-driving and is in custody.’