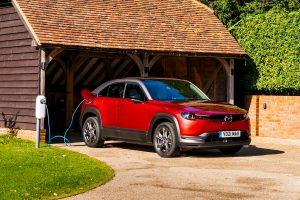 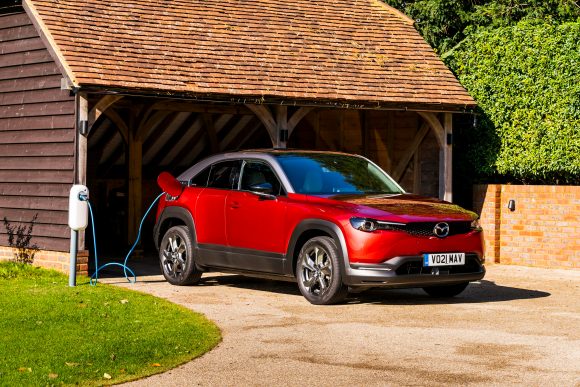 All new Mazdas to be electrified by 2030

Mazda has said it intends to electrify its full model range by 2030.

The Japanese firm plans to have a quarter of its products to be fully-electric while all other models will be electrified ‘in some form’.

A range of platforms will be introduced to enable it to meet this target, including a ‘Skyactiv Multi-Solution Scalable Architecture’, which – between 2022 and 2025 – will mean the brand will introduce five hybrid, five plug-in hybrid and three EVs.

Mazda will also work with Toyota to integrate its hybrid systems.

It’s also developing a scalable dedicated EV platform for ‘electric vehicles of various sizes and body types’ that will be launched between 2025 and 2030.

Heading towards a carbon-neutral future by 2050, Mazda has announced it will accelerate its global electrification plans. By 2030, Mazda assumes a quarter of its products to be fully electric, all other models to be electrified in some form. Read more: https://t.co/VOSr0o0YOh pic.twitter.com/677joucwSH

The company has been slower than many other manufacturers to produce electrified options – with no hybrid and plug-in hybrid models currently in its range, and only introducing its first EV, the MX-30, earlier this year.

Despite Mazda’s commitment to become more electrified, the firm has said it will continue its development of internal combustion engines, with new straight-six units even promised.

Mazda is also the only car firm that’s part of the eFuels alliance, which explores how sustainable biofuels could be used as a replacement for petrol or diesel to allow the internal combustion engine to live on.

Aside from electrification, Mazda is planning to introduce its ‘human-centric autonomous driving system’ – called ‘Mazda Co-Pilot Concept’ – in its larger cars from next year.

It says the system can continually monitor a driver’s condition, and if a sudden change is detected, it can switch to autonomous driving to bring the car to a safe stop then ring the emergency services.