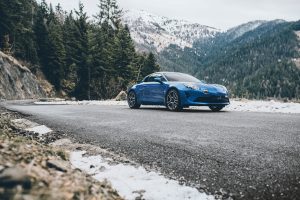 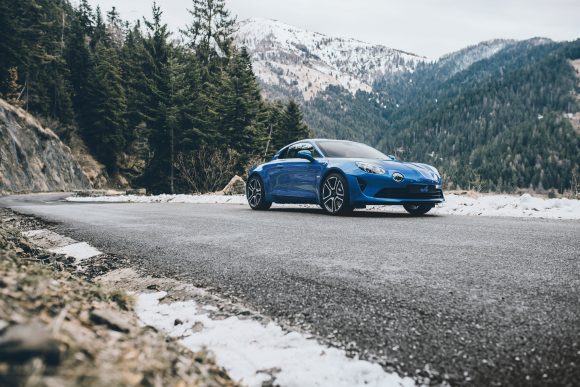 AN advertising tweet from Alpine UK’s Twitter account about the A110 has been rapped by a watchdog that said it ‘encouraged and condoned irresponsible and potentially dangerous driving’.

The tweet, which went out from the Renault UK offshoot’s account on March 8, said: ‘Mountains and twisted roads: The #AlpineA110 in it’s [sic] favorite [sic] playground’. An embedded video, filmed on a closed road at the snowy high mountain pass of Col de Turini in the French Alps, showed Nicolas Lapierre – Signatech-Alpine driver 24h Le Mans winner and 2016 FIA WEC LMP2 world champion –  driving the A110. The car was shown accelerating, braking and taking corners, and one shot included the A110 skidding round a corner.

One person complained to the Advertising Standards Authority (ASA), saying they believed it glamorised and promoted dangerous driving, and challenged whether it was irresponsible.

Renault UK Ltd, trading as Alpine UK, argued that the ad’s objective was to showcase the car’s behaviour. It added that the focus was not on speed but about mastering the driving on curvy roads, and demonstrating agility and handling.

Because the car was a prototype, it said, the speed had been limited to ensure it did not exceed 90km/h (around 56mph). It added that all legal constraints were met during the shooting, which took place on a closed road, using a professional, champion driver, and under the supervision of the Monaco Automobile Club, which provided security guards. No other cars or people were able to access the road.

In its assessment, though, the ASA said that ‘throughout the ad, engine noise and rising revs were emphasised, indicating hard acceleration and sharp braking, including while cornering. In several scenes the car was shown braking as it entered sharp corners and accelerating away quickly.

‘There were also shots where the car was shown skidding as it took a corner. One in particular showed an aerial shot of the car taking a very tight corner, in which there appeared to be snow on the road as well as piled up to the sides. The car skidded as it turned, and we considered that would be a dangerous manoeuvre for viewers to emulate.’

The watchdog said ‘speed and acceleration were the main messages of the ad’ and ‘parts of the ad implied excessive speed’. It said ‘the ad encouraged and condoned irresponsible and potentially dangerous driving’.

Although Renault offered to amend the advert to include a comment that the professional driving behaviour shown shouldn’t be tried by viewers, the ASA said it didn’t believe any extra information would be enough to avoid the advert breaching various advertising codes relating to unsafe or irresponsible driving, as well as speed and acceleration, and motorists possibly being encouraged to break the law because of the depiction of speed.

It ordered that the ad must not appear again in its current form, and told Renault UK Ltd to ensure that future ads didn’t encourage dangerous or irresponsible driving, or make speed or acceleration their main message.

On SuperUnleaded.com: This isn’t just any superyacht… this is a Porsche superyacht