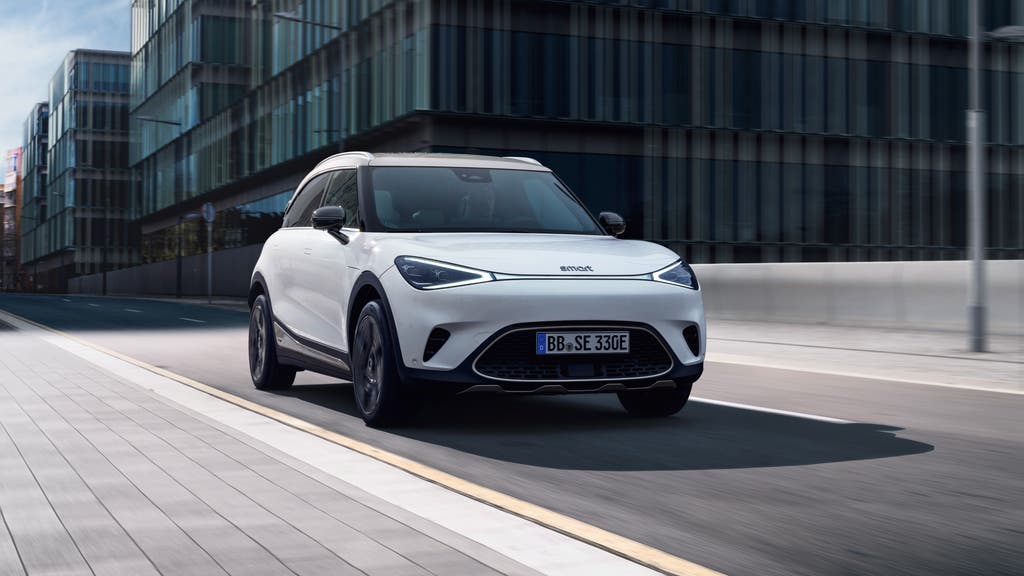 Smart has revealed a production-ready version of its upcoming #1 electric SUV at an event in Berlin.

The #1 – pronounced ‘hashtag one’ – marks a significant change of direction for the firm, which is best known for its quirky, space-saving city cars.

Although a concept was unveiled at last year’s Munich Motor Show, this is the first time the production car has been seen in public.

Boris Johnson has said the West will supply Ukraine with the equipment it needs to ensure it can never again be invaded by Russia, after holding surprise talks with President Volodymyr Zelensky in Kyiv.

Appearing alongside Zelensky in a recorded broadcast clip, Johnson said the West would continue to ‘ratchet up’ sanctions on Moscow, as he praised the courage of the Ukrainian resistance.

Jeep boss ‘shocked’ at EV acceptance by its customers

Jeep’s design boss has said the firm is working ‘furiously behind the scenes’ as the brand plots to electrify its line-up.

Speaking ahead of the public reveal of the brand’s latest concept cars at the Easter Jeep Safari – an event in Utah that attracts 50,000 owners from across the world – Mark Allen, head of exterior design at Jeep, said he was ‘shocked’ at the acceptance of EVs by the brand’s audience.

While a battery-electric Wrangler is not yet confirmed for production, Allan hinted that the brand was working on it. He said: ‘We’re very aware the survival of Jeep and every automotive manufacturer is going to be largely based on electric.’

Scottish Building Society, established in 1848, has seen its balance sheet grow by nearly 40 per cent in the past two years, leading to a pre-tax profit of £2.4m and mortgage assets worth £454m for the financial year ending January 31, 2022.

Chief executive Paul Denton praised staff for their ‘immense work’ during the pandemic as one of the reasons the mutual has performed strongly.

Extinction Rebellion climate activists marched through central London on Saturday and staged sit-down protests at several landmarks to call for an end to investment in fossil fuels.

Hundreds of demonstrators gathered at Speakers’ Corner at Hyde Park in the morning before moving to Oxford Street and Regent Street, where they sat in the road and blocked traffic in the heart of the capital’s shopping district.

Extinction Rebellion has vowed to ‘block areas of the city for as long as possible’ every day for at least a week, and on the next three weekends.

The City will be keen to hear from Tesco how bosses at the supermarket intends to support shoppers during the cost-of-living crisis, as the company unveils its full-year results on Wednesday.

Analysts expect the grocery giant to maintain momentum after an especially busy Christmas meant it dominated in its share of the market.

Consensus in the City puts group operating profits in the region of £2.75bn after bosses said profits would be above expectations.

A sell-out crowd of 70,000 people cheered on Grand National winner Noble Yeats as punters were allowed back at Aintree racecourse for the steeplechase for the first time since 2019.

Rain and hail showers on Saturday failed to dampen the spirits of racegoers arriving for the final day of the three-day Grand National Festival at the Merseyside course, and the sun came out for the world-famous race.

The Duchess of Cornwall presented the Randox Grand National trophy to owner Robert Waley-Cohen and congratulated his son Sam Waley-Cohen, who won his final race before retirement.

Although the day will start off chilly for most, it’ll be a dry and fine day.

It’ll be cloudier in Northern Ireland and western Scotland but it will also feel warmer today.

The weather will stay dry for most areas throughout the night although there will be some showers.