Car Dealer associate editor James Batchelor explains why, after so many false hopes, Alfa Romeo may well have got its rebirth right this time

I know for a fact that many dealers reading this will have seen the words ‘Alfa’, ‘Romeo’ and ‘rebirth’ half a dozen times over the past 30 years, so this is hardly anything new.

Even in my relatively short career in this industry (12 years and counting), I’ve used those words at least once. Or possibly twice. I forget.

And that’s the point. Every single time a carmaker such as Alfa Romeo claims it’s starting over again, the party poppers pop to celebrate a new saviour model but the light is extinguished soon after. We quickly move on and forget.

But this time – stay with me – the renaissance might actually work.

Firstly, under the guiding hand of new CEO Jean-Philippe Imparato, this most passionate of fabled Italian car brands has turned a profit for the first time in goodness knows how long.

To put that into context, he only got the keys to the CEO’s washroom at the start of 2021.

Speaking to Car Dealer four months ago, Imparato put it quite starkly.

He (along with Stellantis money) is going to kick Alfa’s reputation for flaky quality, dire customer service and its penchant for discounting metal down the autostrada for good. He’s removing the ‘toxicity’ within the company, as he put it.

There’s a 10-year plan but, crucially, the next five are ‘completely locked in, validated and funded’.

Under this plan, Alfa Romeo will turn electric, naturally, but there will be a product blitz like we’ve never seen before from the famed Milanese carmaker.

Dealers will have one model in their showrooms every year for the next 10. For a brand the size of Alfa Romeo, that’s both exciting and rather worrying at the same time.

But there’s little cause for concern, since in contrast to previous times when models were steamrollered out of Italy, Alfa doesn’t plan on chasing volume. Instead, it’ll properly live up to its new premium positioning within the Stellantis empire of brands.

The Tonale, which will get its public debut at the Goodwood Festival of Speed in June, is the first step in this bombardment.

Arguably, it’s the most undramatic aspect of the great Alfa renaissance as it’s a mild- and plug-in hybrid crossover. But – and this is pivotal – it should provide a bit of profit and sense of where the brand is going. 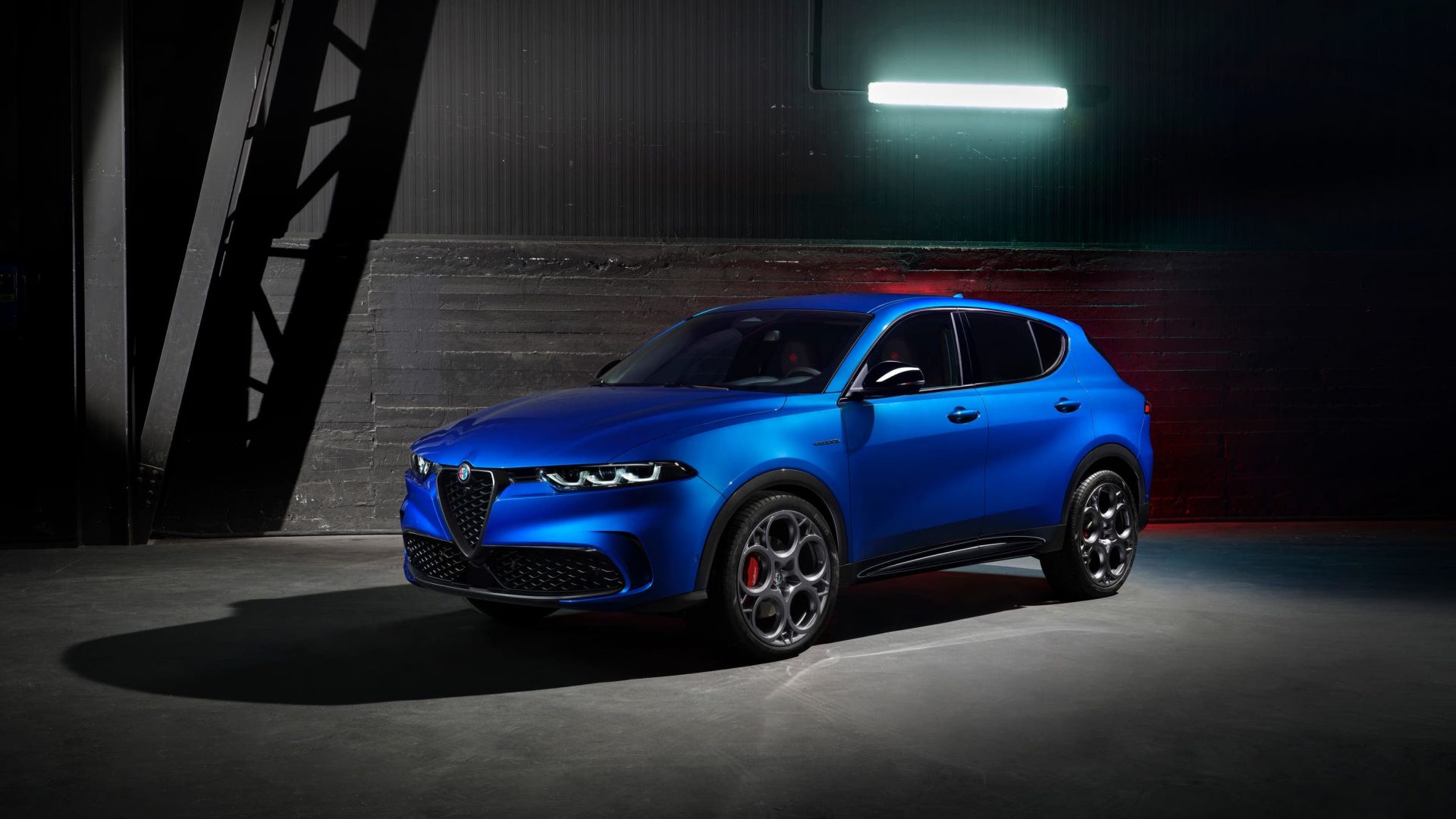 In time, there’s likely to be a new Spider sports car plus, if we’re really lucky, more exclusive one-offs such as the recent Giulia GTAm. Even Alfa was surprised at how easily it could sell a £150,000 saloon car with a roll-cage instead of backseats.

So, with Imparato in charge and Stellantis providing the cash, the plans sound right. But there’s one big question mark hanging over all of this: the dealers.

Why? Well, Stellantis – along with Mercedes and Volkswagen – has confirmed that agency sales are coming. For Alfa Romeo, it’ll be as soon as next year.

In the UK, it’s uncertain exactly what shape this will take, but the brand’s UK boss Damien Dally told me recently it’ll bring ‘consistency’ to the dealer network and to Alfa’s newfound sense of getting the customer experience right.

Last year, Stellantis’s dealers were put on a two-year notice, with retailers placed into ‘A’, ‘B’ and ‘C’ categories. The ‘C’ dealers face likely termination, and a small number of Alfa dealers are in this band.

Dally told me that getting the customer experience right is an enormous priority of his and for the brand on a wider level outside of the UK.

‘We need to make sure that when the customer walks into an Alfa Romeo showroom they get a dedicated level of experience,’ he said.

‘We need to make sure we have the right partners with the right viable business proposition so that they can deliver our brand values to our customer base.’

Desirable and well-made cars sold by an enthusiastic, high-quality dealer network under a brand that’s profitable. Sounds rather good, doesn’t it?

This column appears in issue 169 of Car Dealer, along with news, views, features, reviews and much more! To read and download it for free, click here.