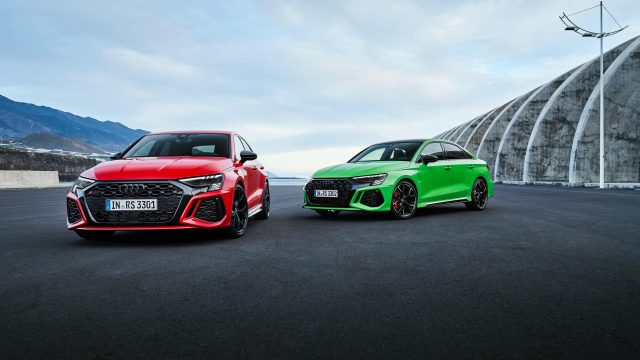 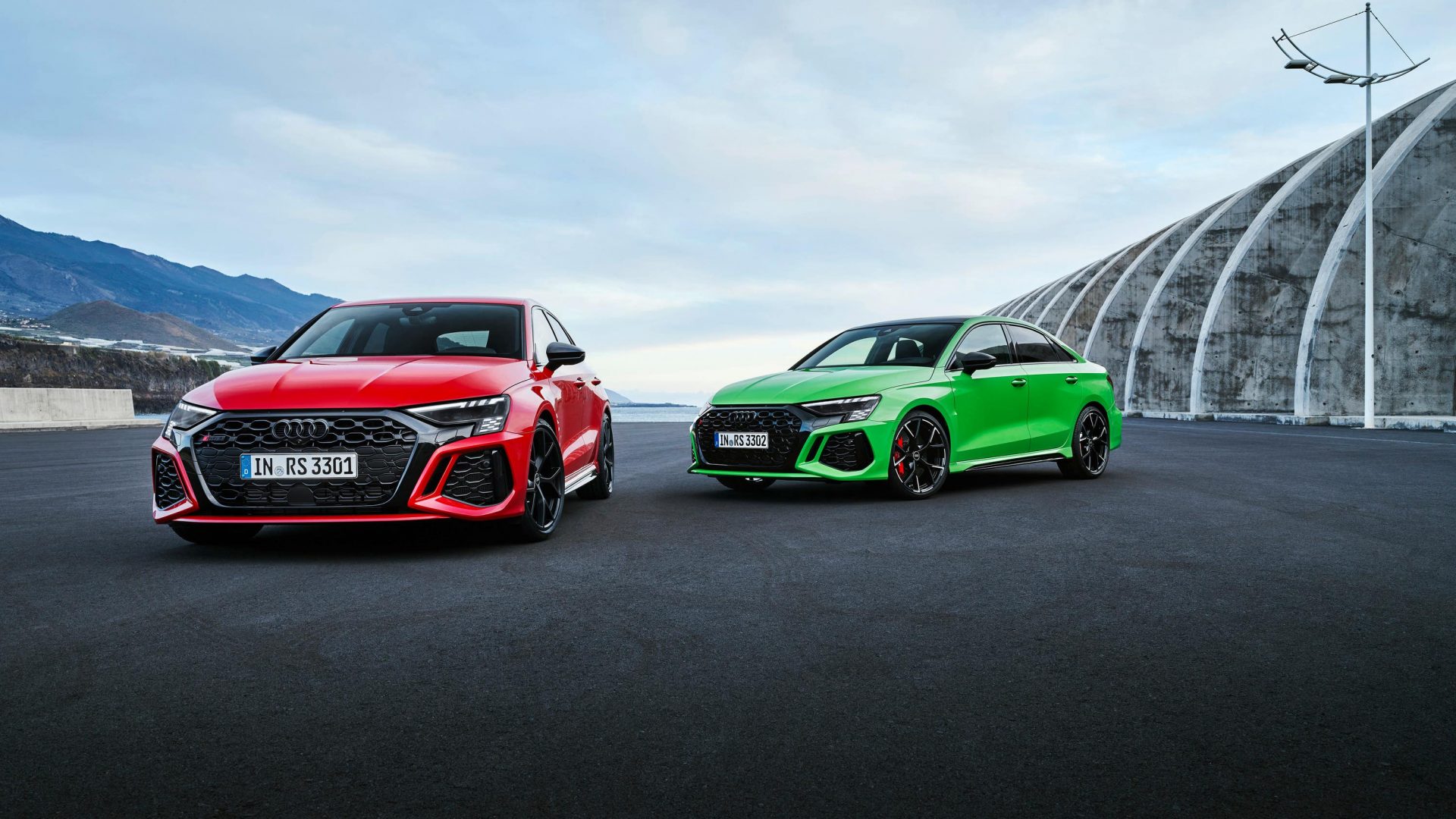 Audi has topped off its A3 range with a new RS3 high-performance version.

The five-pot pushes out 395bhp through a seven-speed dual-clutch gearbox and Audi’s quattro four-wheel drive system.

While the new RS3 gets no power hike over the previous generation, it does get an extra 20Nm of torque, now totalling 500Nm.

That means that the RS3 now accelerates faster than before, sprinting from 0-60mph in just 3.6 seconds and topping out at 155mph – though this can be optionally raised to 180mph.

The RS3’s exhaust also incorporates a fully variable flap control system, meaning that it’s got a more pronounced sound than before.

Audi Sport has also ditched the old RS3’s rear differential and fitted a torque splitter instead.

Made up of a pair of electronically-controlled clutches, the system can help to improve the distribution of power across the rear axle and in doing so not only improves cornering but also allows the RS3 to perform drifts when put into its ‘RS Torque Rear’ mode. 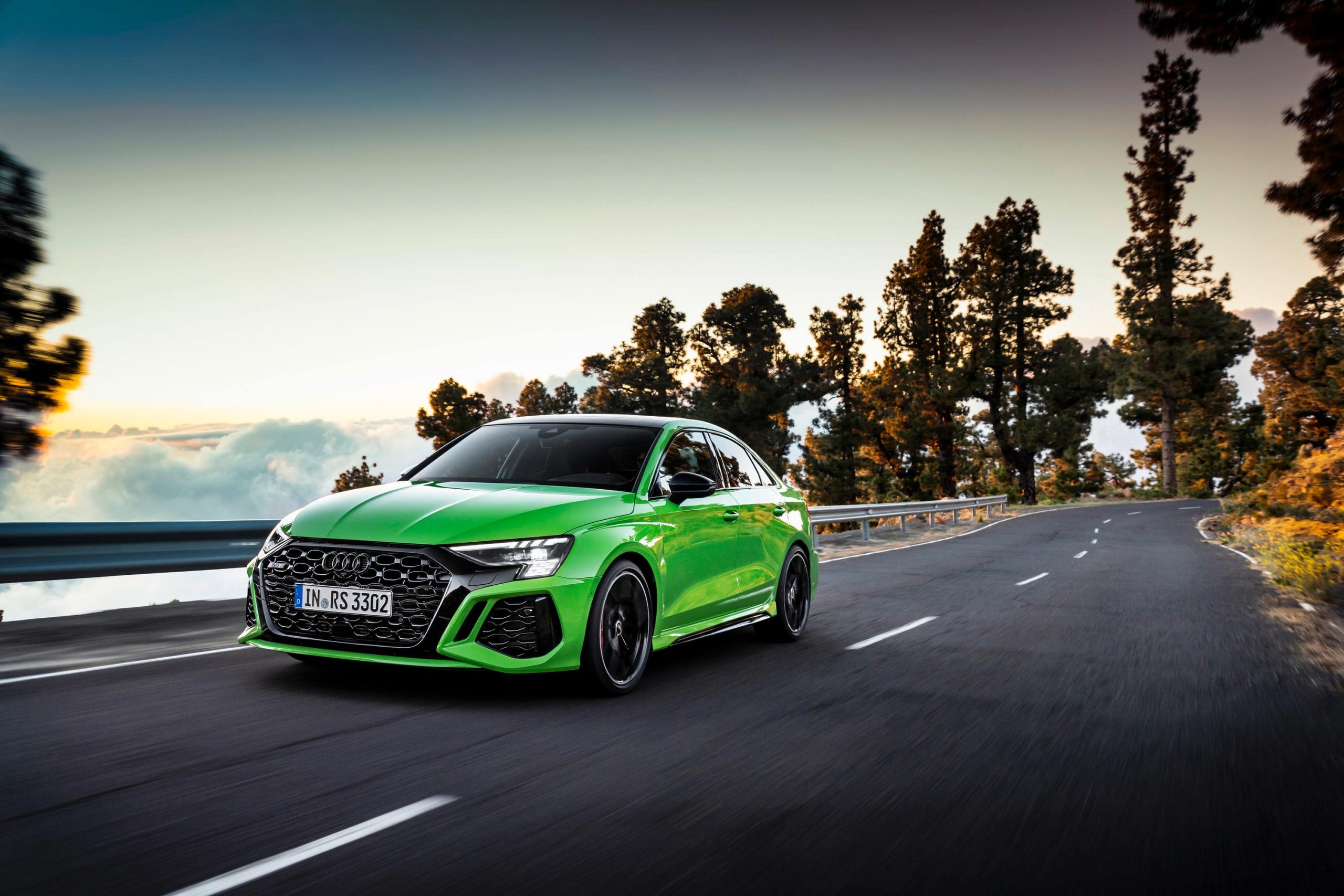 The RS3 features newly developed shock absorbers, too, which are more sensitive than before in the way that they compress and rebound.

Adjustable dampers – which allow the driver to make the ride firmer or softer – can be added as an optional extra, too.

New six-piston steel brakes are fitted as standard too, while a lighter ceramic version can be fitted as an optional extra, shedding ten kilograms over the regular steel versions.

Inside, the RS3 features a 12.3-inch version of Audi’s virtual cockpit plus, RS sport seats and a three-spoke steering wheel with shift paddles made from die-cast zinc.

Just as before the RS3 comes in hatchback and saloon forms, and order books open later this summer. Prices are expected to start at around £50,900.