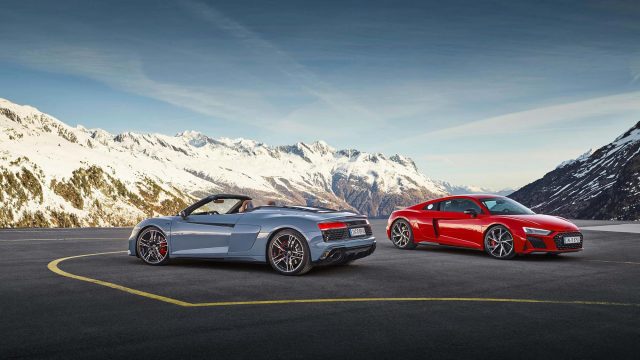 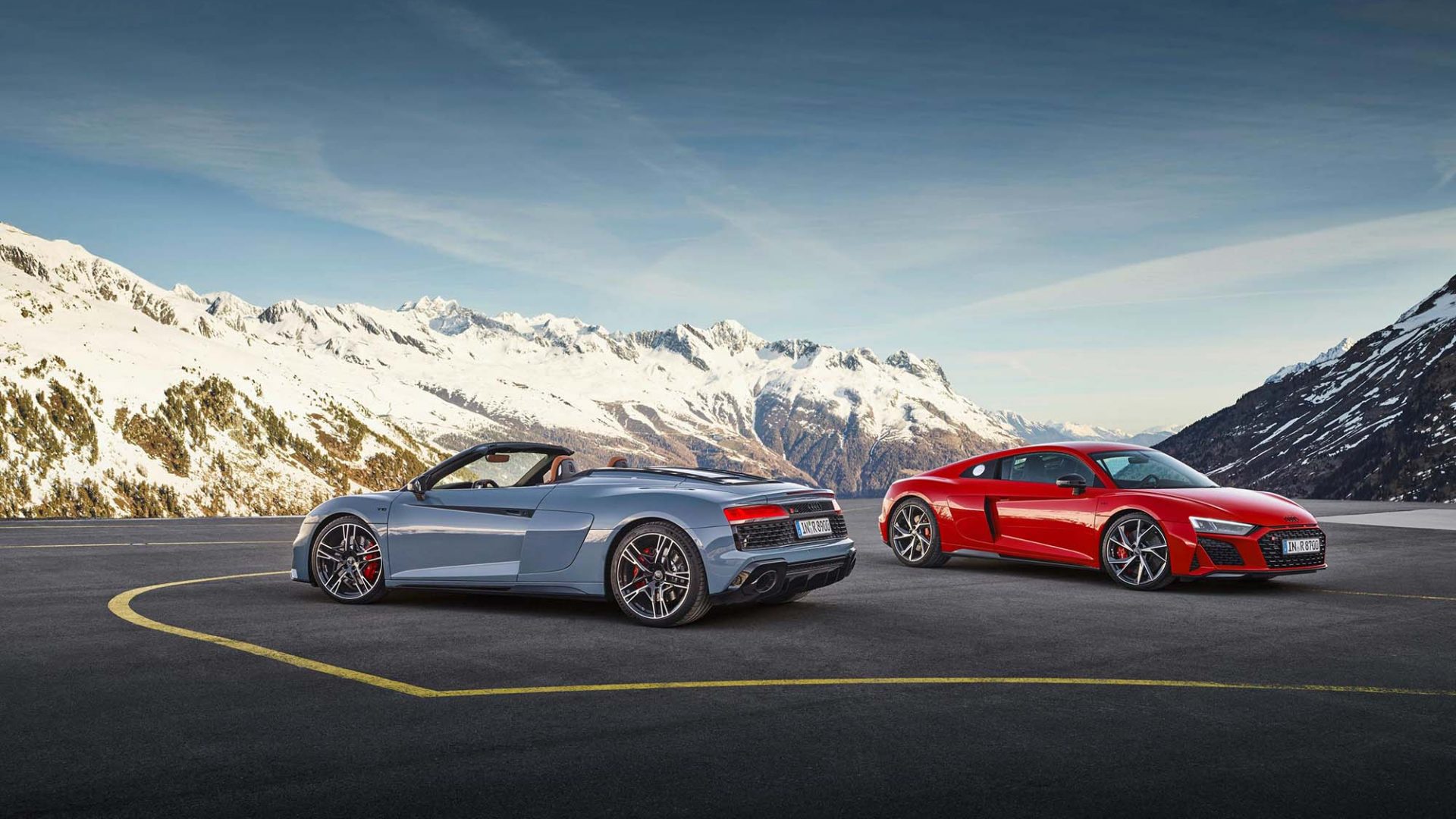 The layout of the new R8 Performance RWD – or R8 V10 RWD as it was known before – is the same but it has gained various mechanical revisions.

It’s kept the 5.2-litre naturally aspirated V10 engine but now pushes out 562bhp – a 30bhp boost on the previous model. 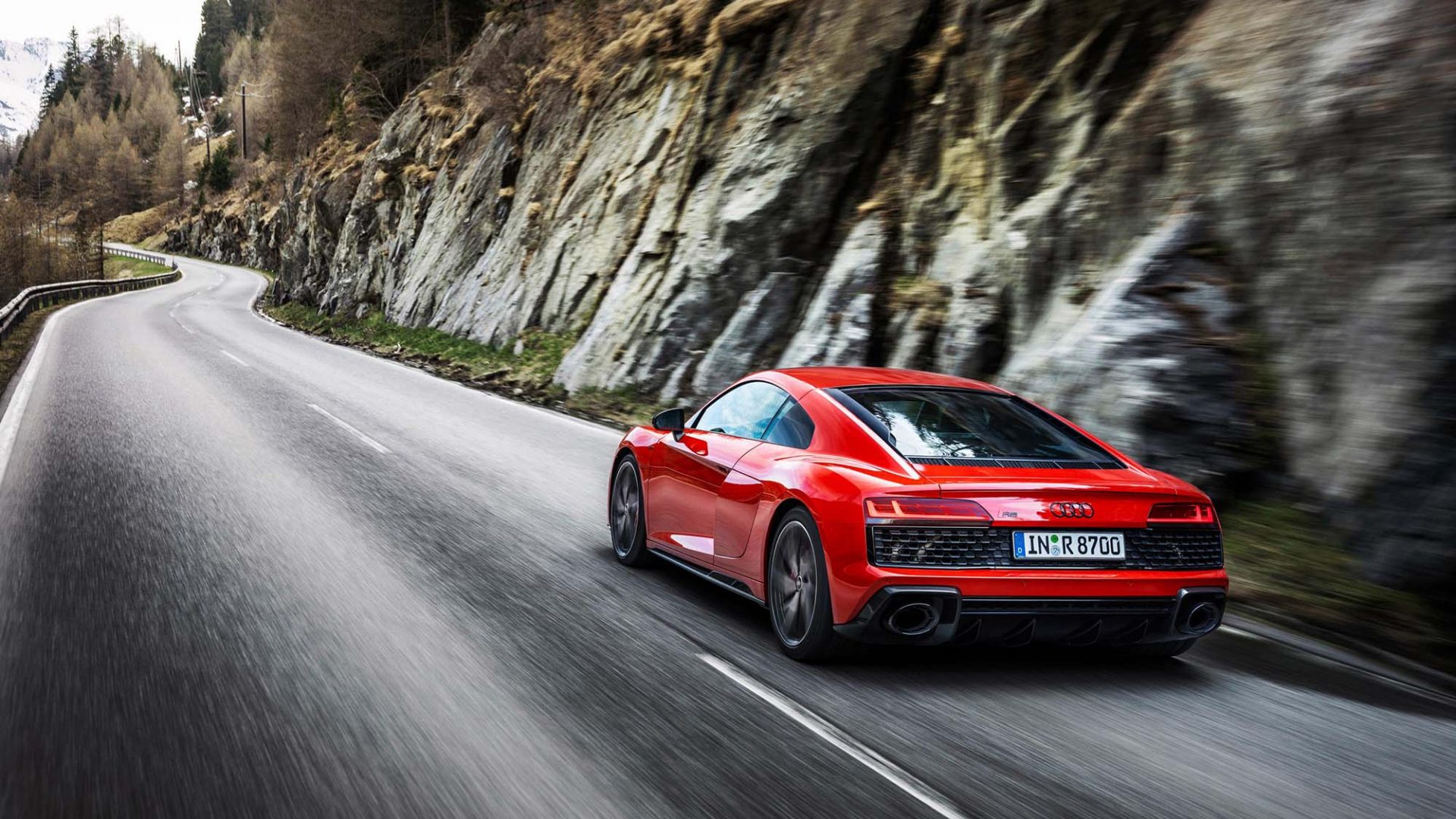 It’s available as a hard-top coupe and drop-top Spyder, with the former weighing 1,590kg and the latter 1,695kg. Both have a lightweight aluminium body plus carbon-fibre-reinforced plastic panels.

Much the same as its predecessor, the new R8 RWD uses a seven-speed automatic gearbox with a mechanical limited-slip differential.

Essentially an entry point to the R8 range in the UK, the RWD boasts lots of standard equipment, including 19-inch forged alloy wheels, sport seats and a 12.3-inch virtual cockpit.

Those wanting even more equipment can opt for the new Edition version.

This has 20-inch cast aluminium wheels finished in a bronze colour, Nappa leather-trimmed seats with contrast stitching plus a Bang & Olufsen stereo.