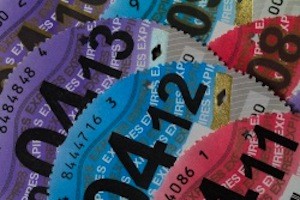 ANOTHER week and more complaints of poor communication about the upcoming changes to the ‘road tax’ system.

This time it’s Auto Trader which has warned the DVLA about the detrimental effect that a lack of proper engagement will have on those who buy and sell cars.

The company says its 12,000 customers are complaining of ‘low-key’ communication.

Sharon Randall, Auto Trader sales director, said: ‘This is a very significant change to the way road tax will be administered by DVLA and the message from our 12,000 retail customers is that the communication has been, at best, low key.

‘The changes affect 30 million motorists and if half are unaware that new rules are imminent, then we have a big problem. There is a real risk that transactions could be delayed and that dealers will be in the firing line when it comes to the consumer backlash.’

Auto Trader says that many dealers, particularly those retailing luxury cars, have also expressed concern that they will no longer be able to sell a vehicle with what amounted to a significant benefit for the buyer.

‘For the seller of a car like a Range Rover for example, nine months road tax adds more than £300 to the value of a car,’ added Randall. ‘But come October, this part of the retail buying landscape will be lost forever.’

As part of the changes, cars for sale on dealer forecourts will not have to be taxed. However, if taken on public roads – for example for a test drive – trade plates will have to be used.

TrustFord: Our customers still don’t know about death of the tax disc

Interview: We put YOUR questions to DVLA chief exec