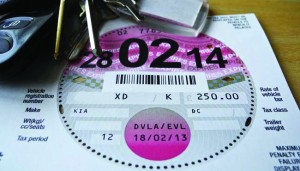 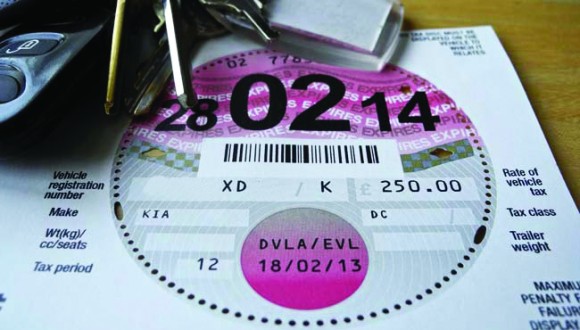 AS THE DVLA prepares for the abolition of the paper tax disc, it has been revealed that there is a shortage of the special perforated paper used in its production.

Any tax disc that is issued between now and October 1 will be printed on ‘normal’ paper and not the traditional perforated variety because the agency is running down supplies.

The ‘normal paper’ tax discs will only be issued to those who use the DVLA’s online system – Post Office branches will continue to use their existing stock, however.

The DVLA said in a communication with affected businesses: ‘The paper used to print your tax disc is different to that used previously and there are no perforations.

‘DVLA is running down its pre-existing stock to ensure there is no wastage. To give value for money to the tax payer we have not replenished our stock for this short period but decided to print these discs in-house until October 1.

‘We have told the police and other enforcement authorities that we have issued these discs however the paper disc is no longer relied upon to check if a vehicle is taxed or not.’

AA president Edmund King told The Telegraph: ‘It is ironic that after years of trying to deter bogus or fake tax discs such as those made out of Guinness labels or photo-copies, the DVLA now have to produce their own “fake” discs as they have run out.’

In a tweet King quipped: ‘Get your sharp scissors out’.

The DVLA told Car Dealer that it had always been ‘the plan’ to run down stocks and that the ‘in-house discs’ look ‘exactly the same as current discs, [they] are just printed on different paper’.

A DVLA spokesman told Car Dealer: ‘Tax discs can be expensive to produce and we have always planned to run down stocks in the run up to October 1.

‘To make sure we deliver the best possible savings to the taxpayer we have not procured more stock for these last few weeks, and will instead print the remaining discs in house.

‘This applies to discs issued by DVLA only – the Post Office will continue to use their existing stock.’

VIDEO: Man breaks down at death of the tax disc… with cringe-worthy results