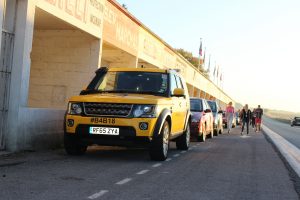 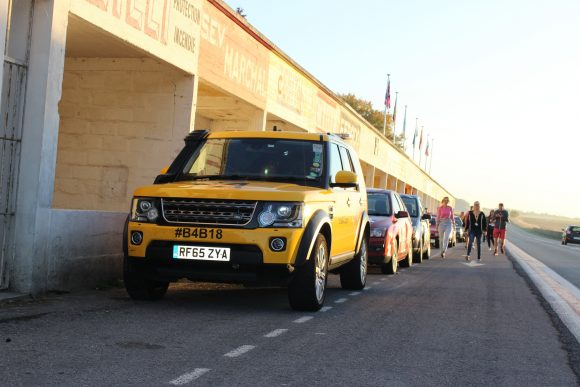 #B4B18: Day two takes our troops from Reims to Stuttgart

WE started day one at a historic circuit and would be keeping to this standard on day two.

The teams – or at least those who hadn’t gone to bed too late – caught sunrise over Reims Circuit, where only part of original stands and pit boxes remain.

An early morning start for the bangers at Reims Circuit! #B4B18 pic.twitter.com/P9P2eCmAUn

The morning was made even better by having everyone back on the road, including the Batmobile now complete with a new alternator thanks to the AA!

Day two’s drive would require a co-driver that you trust to give good directions and a driver who is alert enough to listen to them as we’d be going paper based with our instructions, rather than following the sat-nav.

Unfortunately it seemed a few of us were either not paying attention to the diversion signs or were paying too close attention to our step-by-step guide, which led to some confusion when we arrived in Baden-Baden over the German border.

However, after some top navigation (and a little help from Waze) we managed to forge a new route and get ourselves onto today’s driving road through the Black Forest – or the Gateaux as it has affectionately become known by our team.

Would you believe it, stuck behind a bloody limousine on the mountains #b4b18 pic.twitter.com/qxngkjyksy

Here we saw some incredible scenery paired with some great twisty stuff as we climbed to the top, and even found enough time for a bit of German schnitzel along the way.

The Aston Barclay team went above and beyond to support their fellow teams too by serving roadside hot dogs from their Bratwurst4Ben van! 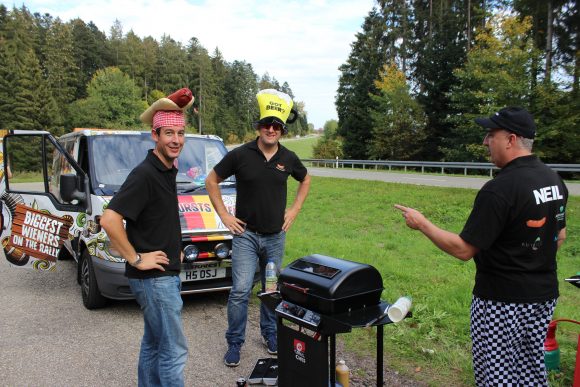 Those behind the Bangers4Ben route always like to make sure the teams get to see some top-class motors while on the road too, and this year certainly didn’t disappoint. The last stop of the day would be at Motor World in Stuttgart, which houses as incredible collection of classics and supercars.

Although the majority of the teams have now made it to the hotel, today has seen a few casualties.

The Microcar left the hotel late due to repairs but still arrived at the hotel with the majority of teams – despite its sub-50mph speed.

Today we thought we were going to lose Zuto’s Mini due to a drive shaft failure and the car would be heading home. Fortunately the team have sorted a new one and the car will be back with us in the morning.

Motor Check’s VW and Rhino Events’ Jaguar have also been in for repairs with the AA but we have our fingers crossed they’ll be back on the road tomorrow!