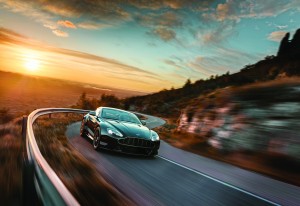 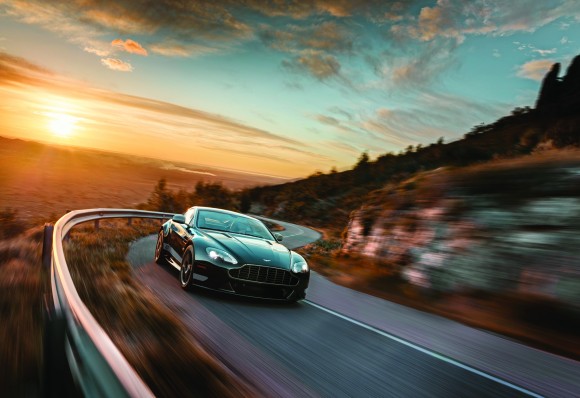 I’VE come to the conclusion that it’s about time Mercedes shelled out and bought Aston Martin. And before you think that’s as mad as selling Big Ben to Vladimir Putin, hear me out – because the more I think about it, the more it makes sense.

For starters, the two companies have already done a deal to share engines. And by share I mean Aston Martin will borrow and not give back… the best kind of sharing.

With this engine tie-up, Daimler takes a five per cent slice of the British car manufacturer pie. So they’re already dating.

But isn’t it time the two stopped flirting and just got down to business? And you know what, I actually think it’s Mercedes that needs to make the first move more urgently than Aston Martin.

Why? Well, the German manufacturer is beginning to lag behind its contemporaries when it comes to offerings for seriously premium customers.

I was chatting to some American motoring hacks at an event recently and they said that in the States Mercedes is introducing the new GLA – a car that nannies employed by many wealthy businessmen will be driving.

He was concerned that these business leaders wouldn’t be seen dead driving the same brand of car as their nanny and would be turned off S Classes as a result. And he might have a point.

Mercedes seems intent on grabbing market share around the world in these lower-end market segments, but is this coming at the expense of its more premium models? The new S Class is a wonderful piece of kit but what about the market above that? Has the company got the product to fill that void?

Look at rivals BMW for a moment. They snapped up Rolls Royce in what can now only be described as a masterstroke. It was the step-up too-rich-for-7-Series buyers wanted and kept their oodles of cash flowing into BMW coffers. At the other end of the scale they added Mini – another genius piece of marketing – and one that’s been pretty damn successful, too. Even if the diversification of the Mini brand angers me hugely.

Mercedes on the other hand hasn’t been quite as successful. Exhibit A, your honour, comes in the shape of a giant S Class-a-like that looked too similar to their smaller, cheaper siblings yet cost vastly more. Yes, you guessed it, the Maybach. That brand was never going to attract many buyers, was it?

And then there’s Smart. As much as I love those little things, the brand could hardly be described as the success that Mini has been for BMW could it?

And don’t get me into the Volkswagen Group. They have a brand to suit all tastes and it’s certainly worked pretty well for them. Audi for the premium buyers, Bugatti for the billionaires and Lamborghini for the mid-life crisis, hairy-chested bald men.

But what has Mercedes got to offer in these upper echelons of the motoring world? Okay, so there’s the SLS. A brilliant car, but one that urgently needs that difficult second series.

It seemed to be okay when there was the McLaren partnership – the SLR was a monster of a car and certainly had the price tag to suit, but that died a death when Big Ron from the Land of McLaren Perfection decided the three-pointed star had an odd number of points and it offended his OCD. Probably.

Which brings me to Aston Martin (eventually). It’s a brand that needs a massive injection of cash. It’s consistently listed as one of the coolest brands in the world – and we’re not just talking car brands here, we’re talking ALL brands.

It was beaten into second place by Apple but topped the likes of Rolex and Prada in the poll.

It makes some beautiful cars. Cars like the DB9, the new Vanquish and the amazing One-77. Okay, there’s the Cygnet, but they can’t get it right every time, can they?

Aston Martins don’t come with any of the baggage of similar supercars either. Drive one down the road and you’ll get more nods of appreciation than fingers of contempt. The problem is they’re old. The DB9 needed replacing five years ago.

The tweaks they’ve made in recent years are only papering over the cracks. Aston Martin needs cash – big, massive buckets of cash. It needs new chassis, new engines and more models. The British firm is ripe for plucking and an absolutely perfect match for Mercedes to nurture and grow into an automotive great.

What on earth are they waiting for?