Home > Baggott > James Baggott: I’m hoping to korma the market with my new kind of takeaway 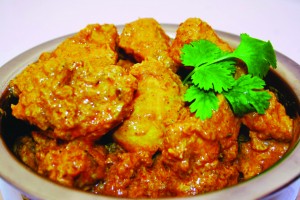 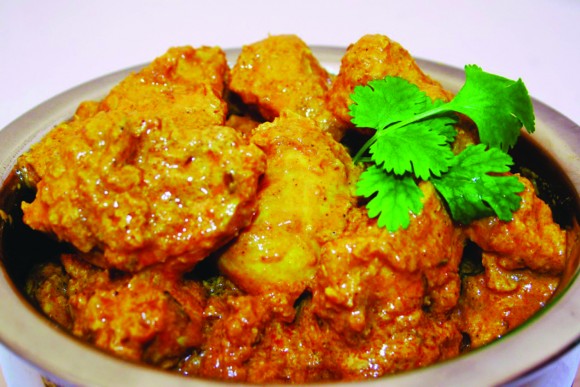 James Baggott: I’m hoping to korma the market with my new kind of takeaway

RIGHT, pretend you’re Duncan Bannatyne, or one of the other mythical BBC beasts, and listen to my latest business idea. I have lots of stupid ideas, just ask the poor Blackball Media team when you see them next.

Some disappear into Baggott’s Book of Failed Business Ventures (now telephone directory-sized), such as the time I thought we should start selling T-shirts. Don’t ask…

Some do work out reasonably well, though. You wouldn’t be reading this award-winning motor trade publication if I hadn’t stuck my neck on the line a few years back and taken out a personal loan to fund it. But that’s another long story.

So back to my latest money-making scheme… and you’ll need to stick with me on this one because it’s a bit different. It’s a new-fangled takeaway, called a Chindian. And before you think I’ve come over all politically incorrect, bear with me, because this is a half-sensible idea and there’s a reason for that name.

Let me paint the picture: You and the good lady wife are sat down on a Friday night, you’ve bought her some Pinot Grigio blush, you’ve cracked open a bottle of beer, the little ones are in bed. All is good with the world, but then things take a turn for the worse. It starts with the movie choice – you want to watch a zombie apocalpyse, she wants to watch something with Ashton Kutcher.

After settling the DVD dispute, the second drinks are poured, only for the takeaway tussle to begin. You want an Indian. She wants Chinese. Neither of you wants pizza. It’s the centuries-old (probably) Friday-night row, but a row no longer – thanks to my new Chindian venture. It’s a culinary fusion of Indian and Chinese dishes, prepared by the best chefs from both cultures all in one kitchen – where you can order everything you want in one place!

No longer do you need to row about whether it’s chicken shashlik or chicken chow mein – you can have both. Naan bread and prawn toast? No problem. Onion bhajis and chicken balls? Consider it done, sir. And it’s not just the culinary culture combination that’ll be all new. There’d be some new rules and clever technology to make customers’ lives easier too.

For a start, there’d be a limit to the amount of orders we could take on Friday and Saturday nights. We’d work out how many we needed to be profitable, and stick to that – not be greedy and take as many orders as we could and hope we could get the food out ‘within an hour’.

And while we’re on the subject of times, we’d use some clever tech to keep the customer updated on exactly when their food will arrive. Customers would only be able to order via an App (for Apple products only, obviously) which would let them choose, pay for and track their order all in one place.

Back in the kitchen, orders would have QR codes that kitchen staff would scan when they started to prepare them, automatically giving the customer a notification on their App that the food was being cooked. When it was bagged up and collected by the delivery driver, the QR code would be scanned again, notifying the punter the food was on the way.

And that’s not all. There’d be a discount for ordering before 7pm when the shop was less busy, food would come in those cool cardboard tubs you only seem to get in movies, and hot boxes in our delivery cars would keep the food piping hot. Oh, and there’d be a loyalty scheme in the App that gives you the 10th meal free.

Sound like simple little tweaks don’t they, but they’d make my Friday nights a hell of a lot simpler. And by this point you’re probably wondering why I’ve filled nearly my whole column with food chat and not cars. Well, there was a point – you see the only reason I think I know how to make improvements to the takeaway business is because I’m on the customer’s side of the fence and constantly annoyed at my local eateries.

What if you asked someone – completely removed from the business of selling cars – what they would do to improve your car dealership?

Would they make sensible suggestions that you could implement to improve your business?

When we’re doing the same thing, day in, day out, we assume that it’s right and that our customers like it because they’re still coming through the doors, right?

But what about those customers that haven’t come back – was that because they didn’t like what you did?

I’m sure they’re not planning on opening up a rival showroom, but they might still have some sensible ideas that could improve your business.

While you’re pondering that, I’ll be doing some market research into whether ‘Chindian’ is offensive or not – if it is, just like most of my other business ideas, it could get shot down just as quickly as I thought it up…