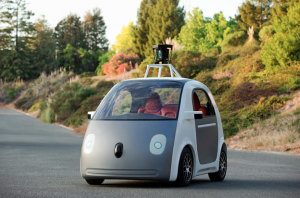 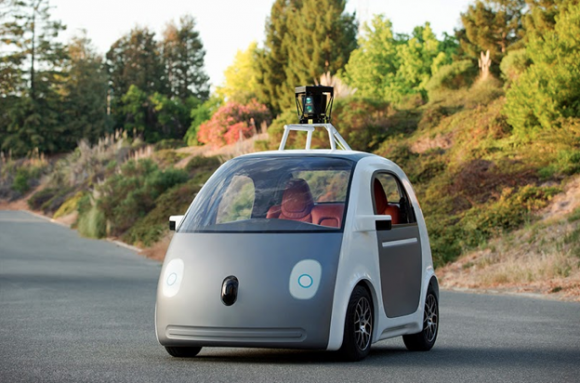 THE recent announcement about driverless cars heading to the UK got me thinking. Not about how nice it would be to have a snooze in the back of a long-termer as it cruised up the A34, dodging overtaking lorries as we go (although I admit that was my first thought), but more about the incredible advances in technology the car industry has made over the years… and, more importantly, the not so incredible.

Few would doubt there have been some amazing leaps forward. Hybrid power plants, cars that you charge by plugging into your house, night vision, automatic braking to avoid low-speed crashes, airbags, Bluetooth, the list of helpful gadgets goes on and on.

However, having spent a few weeks in my trusty 1987 Fiesta XR2, I’m starting to wish that list could be made a little shorter by un-inventing a few things. My rusty Ford is pretty basic – the radio offers a choice of Five Live, or no Five Live, the heater settings consist of hot, warm or a little less warm and the lowering of the windows exercises your entire arm, not just one finger. Jumping from that into a modern test car makes you realise there are a lot of new gimmicks that should be consigned to Room 101.

First, the electronic handbrake. Name one good reason why the electronically engaged anchor, which seems to take minutes to engage, should replace the good old-fashioned tug of a manual parking brake. It’s impossible to know whether you need to push the button to engage it, or pull it, whether you need your foot on the brake or not, and that’s after you’ve found where the manufacturer has hidden the bleeding switch in the first place.

Electronic assistance is often the root cause of the problem. Manufacturers seem intent on adding a charge to a function that really didn’t need it in the first place. Tailgates for example. Why do I need help shutting the boot – 10 seconds more slowly than I could do it by hand – when I’ve managed perfectly adequately for years?

Then there are the cars that don’t open all the doors when you press the keyfob. Remote central locking was a Godsend when it arrived, all doors popping open at the touch of a button. Why then, did a manufacturer decide that this wasn’t actually a good idea and that one press should open the driver’s door only? That is not progress.

Don’t worry, there are more. One-touch windows, for one that go all the way down when you hit the button. They’re brilliant. But why does it sometimes only work on the driver’s side? How much more would it cost to offer that on all windows? Pennies?

And don’t get me started on fuel gauges. The number of times I’ve brimmed a modern car only to travel 50 miles and for it to still show full beggars belief. That is a gauge that is quite clearly failing at its primary objective. As soon as I leave a petrol station with the engine running I am, by the laws of science, using fuel – that usage, no matter how small, should register on the gauge. It’s either full or it’s not, right? And that’s not to mention the manufacturers that have done away with a gauge altogether and decided a few digital blobs are a fair representation of the fuel contained in the car’s bladder.

Voice control that never works, or takes five times as long to execute a simple task that your finger could have done moments ago needs removing. I’d understand if the buttons that do the thing you’re trying to command with your voice were located in the boot, but they’re not, they’re less than an arm bend away. So, here’s an idea: Use your arm.

Automatic lights that illuminate at inappropriate times? They can go. Rain-sensitive wipers that come on too late or not strong enough – get rid of them. My point is (and yes, there is one) we’ve made some incredible progress over the years but in an attempt to get one over the competition, car firm tech departments have been let loose to engineer things that don’t need engineering.

There’s a lot to be said for simplicity. That’s why I’m just a little bit worried about self-driving cars. You only have to picture a supermarket car park of the future – yummy mummies engaging self-park and edging ever so slowly into a bay by the power of divine car brain intervention – to see the problems that may lie ahead. Yes, those cars may be finally parallel in the space, but judging by the time it takes to apply an electronic handbrake, how long do you think it’ll take to execute a reverse park?

Whatever happens with driverless tech, I can see one good thing for dealers – and that’s the fillip it’ll offer servicing departments. I don’t think the government, or insurers for that matter, will take too kindly to owners who miss annual services when the car is driving itself around.

That’ll be great news for dealers who currently rarely see owners once the warranty period has expired. Maybe that’s why all this new tech is invented in the first place… to keep technicians busy. Once a cynic, always a cynic, eh?