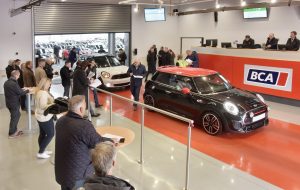 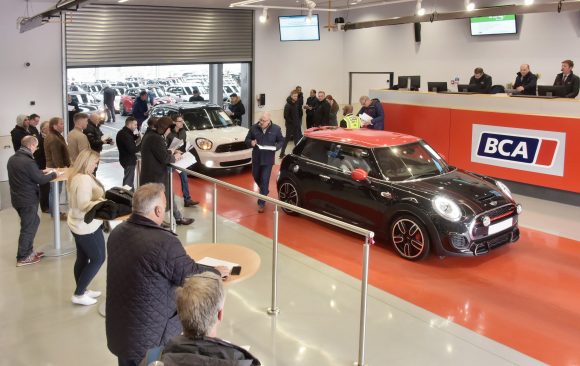 FOR the first time on record, BCA has sold a million vehicles in the UK in a 12-month period.

The one millionth vehicle was a 16-plate Mini John Cooper Works 2.0 230 sold by the BMW Group that realised £19,100. The mega-sale itself was a huge success, offering and selling 1,028 vehicles both in-lane and online for BMW Group for a 100 per cent conversion and over £11 million in sale proceeds.

Stewart Hodges, BMW Group’s remarketing operations manager, said: ‘We are delighted that the one millionth vehicle sold by BCA over the past year is a BMW Group vehicle.

‘We have a longstanding and very successful remarketing partnership with BCA and this exceptional result underlines the support for the BMW/Mini brand from BCA’s buyers.

‘Every aspect of the sale was well-planned and executed, and the team at BCA Perry Barr pulled out all the stops to ensure our vehicles were prepared and presented to the very highest standards.’

Of the one million vehicles sold by BCA over the past year, over 900,000 were cars.

BCA chief commercial officer, Craig Purvey, said: ‘Not only have we delivered a record-breaking volume performance over the past financial year, but we continue to make significant progress enhancing the customer experience at BCA.

‘We have put the customer at the heart of our business, continually improving customer services and bringing new solutions to the market.’

MORE: CDX 2018: SUMO your staff, your service and increase your success!