Home > News > Ben Garside: Will AI and autonomy be the future of cars? 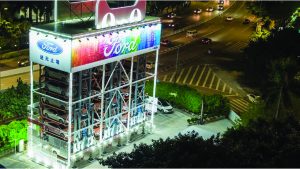 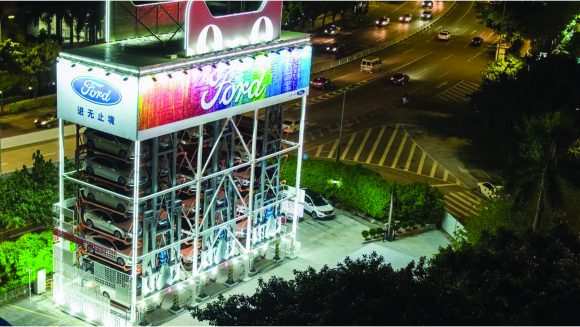 Ben Garside: Will AI and autonomy be the future of cars?

I SAID last month that the car market was looking a bit stagnant according to data from the Society of Motor Manufacturers and Traders and the Finance and Leasing Association and that the coming holiday season may not help.

This got me thinking – how will the future car market look and will it be changing soon to try to cut costs or evolve?

It’s a thought-provoking question and makes you think of all the futuristic films.

Think of Back to the Future, where everything is artificial intelligence or robotic and cars can hover above other vehicles.

There’s also Tron, where vehicles can’t move off a line and are stuck to a track like a magnet.

With the improvements being made in artificial intelligence and autonomous cars, who knows where we could be in 10 years’ time?

I’d like to think we’ll always have a nice personal and human touch, as at the moment, we can go into our local café or pub and the staff know who we are and what we want, which is what I like, but this doesn’t suit everyone.

I’m sure there are plenty who would prefer to say: ‘Hey Siri. Order my favourite coffee from Starbucks’ while driving their car, and Siri replies: ‘Your latte is being prepared at the nearest Starbucks. Take a left at the next junction.’

If you remember the Back to the Future café scene, the TV screens are talking to Marty McFly, asking for his order.

He asks for a Pepsi and voilà, a Pepsi pops up out of the counter.

In my opinion, this vision is already on its way to reality – just look at McDonald’s touchscreen ordering.

I can’t see it being long until it’s done by voice without staff and served to the customer like a vending machine. Now let’s look at car sales in more depth… Currently in America there is a company called Carvana, an online used car retailer.

You can search for vehicles, buy them online, finance them and also sell and/or trade in your current car.

Once you have purchased your vehicle, Carvana gives customers two options: vehicles can be delivered to them, or they can choose to pick them up at what it calls ‘car vending machines’, of which it currently has 18. This is where it gets different and fun…

I was surprised that like any vending machine, these also take coins – a large Carvana token to be precise (just for show – they still have a meet-and-greet attendant).

You drop the coin in the slot and the machine grabs your car from one of the five levels and places it in an area for you to pick up.

Each car has a seven-day test drive, and customers can return it for any reason within that time frame – because, obviously, you can’t test-drive them when they’re in a vending machine.

But what about further into the future?

Will we be forced to stick to the ground as in Tron, using magnets or something?

Or maybe all the cars will be autonomous, where there are no drivers and everyone needs to go at one speed and you can never be in a rush or take your time.

I can’t see this happening, because if this is the case, it will kill the requirement of supercars for use on the roads and destroy a high number of businesses.

I still like the idea of hoverboards and hovercraft, where we have numerous levels of lanes and can go anywhere. But with health and safety needs, I can’t see this ever happening.