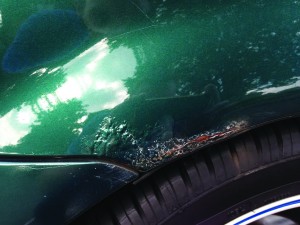 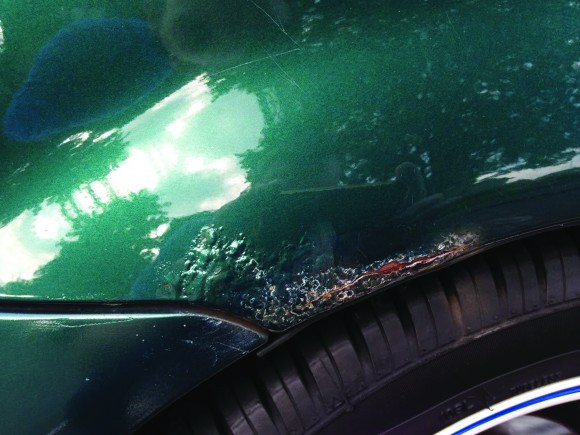 THIS month, I’ve been suffering quite a bit with the brown stuff. Don’t worry, I’m not rushing off to the chemist every five minutes to buy myself some Imodium, only to then come back and tell you all about it, as that would be a little vile. But what I am perturbed by is something I thought had disappeared altogether. And that’s rust.

A while ago, you may recall I rued the loss of my Nissan Maxima – a car that only someone like me could properly love. My much beloved (though not especially beloved that day) impaled it on the tow bar of a high cube Ford Transit, and that, as they say, was the end of that.

As a result, my current vehicle is a little different to my normal choice of luxobarge. That said, it’s still a bit luxurious and has more than four cylinders, albeit only just. The vehicle in question is a Land Rover Discovery Td5 in poodle-posh ES trim, which I bought at auction to sell on but have been enjoying loafing around in for the past few weeks, not least because it’s that time of year when we occasionally take the speedboat out and the thing has a ruddy great tow bar (which I sincerely hope her indoors isn’t about to drive something into).

It was only when hooking up the speedboat the other day, though, that I realised the chassis wasn’t looking so clever at the back. It hadn’t rotted through or anything, but there was enough flaky iron oxide on the surface of the chassis rails to make me send Jason, my ex-young offender forecourt helper, underneath it with a wire brush and a can of Waxoyl. Dirty work done, it should be fine for a few more years – but it sure got me thinking…

Around about the turn of the century (this one, not the last for those who think I might be old enough), it’s my view that the car industry was going through something of a purple patch.

Cars were reliable. They were exceptionally well built. They were nice to drive and, for the past few years, with only the odd notable exception, have provided the likes of you and me with a regular supply of good-quality, likeable used fodder with which to decorate our forecourts and please our customers.

If you bought a Volkswagen, chances are you’d never need to buy another car ever again – certainly not if my neighbour’s 470,000-mile 2000 Passat is anything to go by.

Somewhere along the line, though, I reckon the accountants got a little concerned. Aftersales departments were struggling for work to do, parts weren’t wearing outquickly enough and the industry as a whole realised that the cars they were making were actually a little bit too good.

Certainly, that’s the view of my inner cynic and, to bring this back to topic, it was rust that was the thing that really got me thinking.

For the best part of a decade, I hardly saw it – and when I did, it was only on either ancient trade-ins or one of the handful of models that seemed to have bypassed the car industry’s newly-elevated build-quality standards.

Instead, it was dual mass flywheels and new-fangled diesel particulate filters that were seeing off otherwise-respectable motor cars (and, indeed, continue to be the bane of many a trader’s life as they’re tricky to spot in the auction house). Rust, it seemed, was a thing of the past.

Wind the clock forward a decade and it’s surprising to see just how many cars that come through my hands are suffering from some sort of corrosion.

Sure, it’s not as rife as the olden days, when you could establish exactly how old a car’s sill repairs were by the date on the newspaper pages that had been stuffed into the holes to keep the filler in place, but I’m alarmed to see how many cars are prone to going rusty.

Sure, to the uninitiated, all of them are undesirable for their own very different reasons, but in terms of being well screwed together, they knock the more expensive end of my forecourt into a cocked hat – and if I can find a buyer for my newly-rust-proofed Discovery, I think you’ll find it’ll be one of the two bigger cars among that lot that becomes Big Mike’s new commuting tool. For if this is progress, I’ll keep it retro, thank you very much.