Home > News > Big Mike: The simple fault that robbed me of half my margin 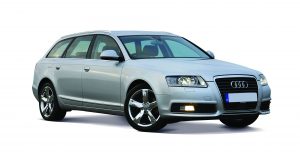 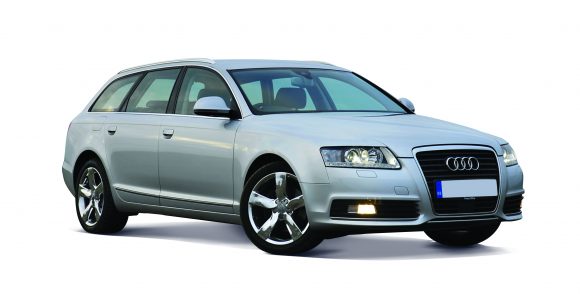 Big Mike: The simple fault that robbed me of half my margin

I WAS reeling the other day after having to replace a radio head unit in an Audi I had on the forecourt.

It was an A6 estate, or Avant, in Audi lingo, and it came to me directly from a main dealer group for whom I underwrite older or higher-mileage trade-ins.

Overall, it was a tidy thing. Ten years old, but looking marvellous on it, with the 2.5 TDI engine and plenty of history to back up its 130k mileage.

An easy enough sell, especially in the area of Birmingham where I’m based, where anything German, ‘premium’ and well-equipped has a ready market.

I valeted it, had it all looking spick and span, and within five days had found a customer for it at £3,595. Not a bad return on a 10-year old motor, even if it did stand me in at two-and-a-half.

Imagine my horror, then, when I saw my grand’s worth of margin almost halved because of the simplest of faults… On the test drive, we discovered that the radio wasn’t working. Simple enough – I’d not tested it personally, and the valeters, who normally have Radio 1 blasting out at 11, had not deigned to tell me.

Assuming the fault to be no more complex than a fuse, or possibly a coded head unit minus its code, I promised that I’d have the Audi wired for sound by the time the customer came back to collect it, along with the 12-month MoT I’d promised as a condition of sale.

The MoT was easy – it was only two months since the Audi had last passed one, and since then it was only a number plate bulb that had blotted its copybook, mended for 75p. The radio, on the other hand, was much more expensive to put right, because the dimensions of the blooming thing were unique to the Audi A6. Stereos that are integrated into the dashboard design of a car may look pretty swish, but not when they’re sitting there with the same level of silence as a pro-Brexit politician who doesn’t really know what to do next.

What a hit to take

We tried the fuse, no joy, and looked closely at all the wiring going into the radio but found nothing awry. We even plugged in the trusty old Panasonic radio cassette that’s built into the wall of my office to check the fault wasn’t in the wiring loom. It wasn’t.

The only option, then, was a new head unit. And it turns out they’re renowned for packing up… The auction websites threw up all manner of ones, from ten quid ‘relisted’ ones that ‘worked when we removed it from the car’ (so why did you remove it then, when nothing else fits the bloody slot?) to the more honest vendors, who’d had them professionally refurbished, but wanted £350 for the privilege of letting you own one. For an extra £100, I could get my hands on a brand spanking new one from the Audi agent down the road, and because I didn’t want my customer to come back screaming a fortnight later, I paid the extra. But what a hit to take.

It reminded me of the olden days, when all cars had a rectangular slot that fitted an identically-sized radio within. If the manufacturer unit packed up, or more often than not was crap, you went down to Argos and paid £50 or so for a more decent set. Or, if you were as unscrupulous as my old boss, you gave half that to ‘Radio Ricky’, whose sole source of income was the redistribution of south-west Birmingham’s in-car entertainment from one owner to the next.

Those old head units were easy to get out, too, unlike the one in the modern Audi A6. And, if you were a Brummie car trader, there was an added bonus. Back in the early Nineties, our very own local car manufacturer, Rover Group, used to install a fuel cut-off safety device on the front bulkhead of most of its cars. It was in the form of a little ‘plunger’ type button, that would automatically pop up if there was any firm impact to the bulkhead itself.

Where an aftermarket radio was fitted, and you didn’t need those little prongs to liberate it from its housing, the trick was to wiggle the radio out when the car was waiting to go through the auction, and perform a swift whack to the wiring loom with a screwdriver handle. Inevitably, the plunger would pop up, and when the auction house came to move the car, it wouldn’t start for love nor money.

The amount of ‘non-runners’ I picked up for a song back then… ah, music to my ears, it was.

On SuperUnleaded.com: Grimmy Sees A Cat, Comes A Bit Of A Cropper