Home > News > Big Mike: I thought I’d seen every trick in the book – I was wrong! 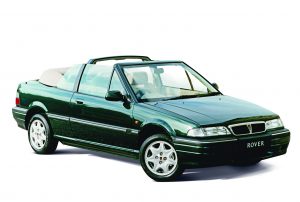 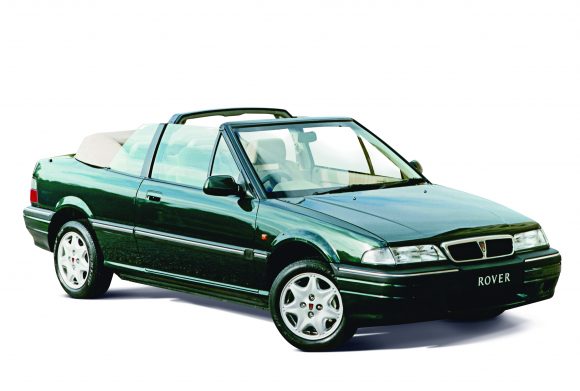 Big Mike: I thought I’d seen every trick in the book – I was wrong!

I’VE been in the motor trade for the thick end of five decades, so you’d think I’d seen every trick in the book.

But last week, I came across a devious practice that not even I’d encountered before…

Regular followers of this column will know that in the past couple of years, I’ve diversified a bit. Rather than flogging ordinary cars to ordinary people, largely because I’ve grown tired of the stupidity of the general public, I’ve been specialising in cars I like from the years where I remember being at the sharp end of the motor trade –really nice cars of a very high quality.

In modern classics, there’s good money, and you get to meet some interesting characters. There are also fewer shysters around. However, as my recent experience proves, there are still a few.

Lately, I’ve been using social media to find good stock. The enthusiasts’ groups and owners’ clubs are often a source of rich pickings for good cars from the 1980s and 1990s,

and, because I’m not scared of getting my hands dirty if things need mending, I quite often pick up the odd bargain as spares or repair.

So it’s no surprise, then, that a one-owner-from-new Rover 216 Convertible caught my eye. According to the ad on Facebook, it had covered just 50,000 from new, came with a stack of bills documenting its 23-year history and was completely rust-free, but didn’t start because the seller had lost the key fob, rendering it immobilised.

It had been in the garage of a bungalow since the elderly owner hung up her driving gloves, so had no MOT, but it looked lovely in the pictures.

As a former Rover Approved Used salesman, I know how to use diagnostic kit to get past the immobilisers on these, so it seemed worth a punt – several layers of wax, a good valet, new tyres and a fresh MOT and it’d be £1,795 on the forecourt ready for next summer, and would give me something to play with in the workshop over the winter.

Not wanting to appear overly keen, I sent the seller a private message inquiring as to how much he wanted for it. An hour or so later, I got a reply telling me that £250 would buy it, so I agreed there and then to drive over and collect it the following day.

Imagine my surprise, then, when he replied to my request for his address telling me he’d ‘get back to me’. Later that evening, I received a text message written in something vaguely resembling English, in which the Neanderthal had already decided I was his mate, or more specifically ‘M8’, despite the fact we’d never met.

My response, as you’d no doubt expect, was to suggest to him that he may wish to move forwards and procreate, ideally with himself.

Imagine my surprise, then, when browsing a well-known classifieds website, which shares its name with the Australian name for a Eucalyptus tree, to find the very same car advertised, with the same set of photographs, in a much better worded advertisement.

Out of curiosity, I phoned the number at the bottom of the ad and ended up chatting to a very well-spoken lady who was, she revealed, the original owner’s daughter.

She’d had one inquiry on the car ‘from a rather rude young man who’d offered her a hundred pounds for it’ and then got rather grumpy with her when she suggested it must be worth at least £250.

It seems that the original Facebook seller didn’t own the car at all, but was trying to sell it for a mark-up before he’d even looked at it, without driving it, and without any knowledge of the car whatsoever, other than the very same advert that I had stumbled across. In short, he was trying to sell a car that he didn’t actually own – how many times he’d done this before, I do not know.

The following day, I brought the car home on my flatbed. It needs four tyres, a cambelt and some new key fobs programming, which will stand me at about £250 worth of rectification when it’s all done.

I should make a bag of sand on it come the spring, but unlike the unethical
ne’er-do-well who tried to sell it to me in the first place, I’ll have done so openly and honestly, with a car that’s actually mine to sell!

MORE: All classic car sales now under one roof at London dealer Hexagon